REMAINER John Bercow has vowed to stay on as speaker of the House of Commons past July after threatening to block a No Deal Brexit.

The move risks sparking a fresh rift with Eurosceptic Tories, who have accused him of using his supposedly neutral role in Parliament to try to keep Britain in the EU. 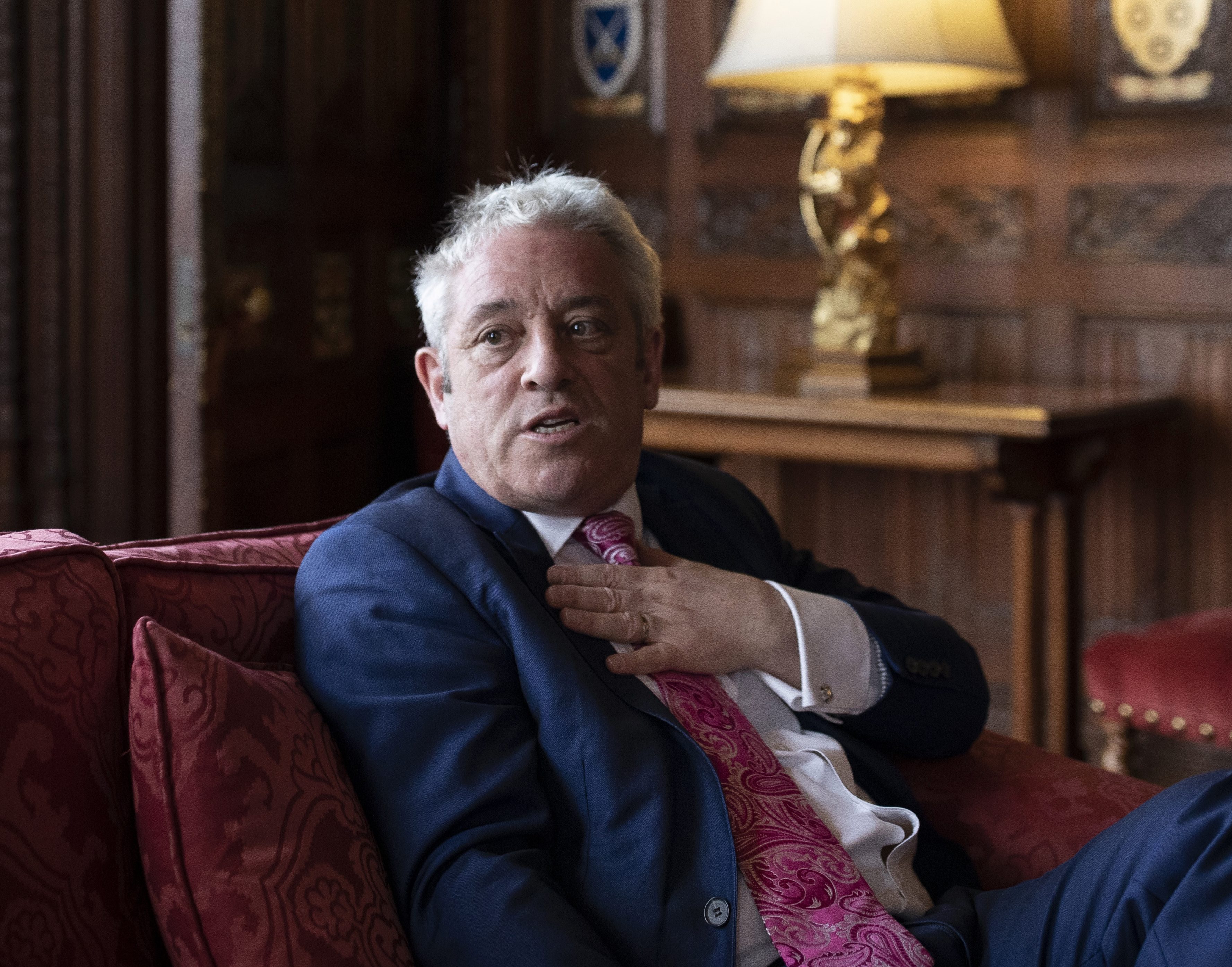 Earlier this month, Bercow said he would be standing down and his words were taken to mean he'd bow out at the summer recess, which starts in July.

The Conservative MP said it was "not sensible to vacate the chair” while Brexit remained unresolved.

He told the Guardian: “I’ve never said anything about going in July of this year. Secondly, I do feel that now is a time in which momentous events are taking place and there are great issues to be resolved and in those circumstances, it doesn’t seem to me sensible to vacate the chair.”

VOW TO STOP NO DEAL

Bercow yesterday told a US audience it was “unimaginable” MPs won’t be able to act despite a No Deal exit being the legal default and warned "there are years of debate ahead” on Brexit.

The arch-Remainer's words fly in the face of Tory leadership front runners Boris Johnson and Dominic Raab, who have both guaranteed the UK will leave the EU by Halloween – with or without a deal.

Mr Bercow also fuelled the "people's vote" campaign by suggesting MPs had the right to force a second referendum or even revoke Article 50.

Bercow broke his pledge to stand down by June last year.

When he stood to be Speaker in 2009 he promised only to serve for nine years but he has justified staying on longer because of the uncertainty caused by Brexit.
It came as Theresa May reiterated her position that the best option remained leaving with a deal.

But European Commission President Jean Claude Junker delivered a stark message to candidates in the race to replace Theresa May.

Speaking to television cameras outside a summit in Brussels he said: "There will be no renegotiation."

The Eurocrat's stubborn stance is bad news for Foreign Secretary Jeremy Hunt's Tory leadership bid. Yesterday, he said his Brexit policy was to try for renegotiation.

Britain is on course to leave the EU on October 31 with or without a deal – unless the law is changed to extend further.

There is currently no provision for MPs to amend the law to stop Britain leaving without a deal and leadership contenders such as Boris Johnson and Dominic Raab have warned they may end up going for it.

But Mr Bercow’s comments yesterday signal he is willing to help create a way for MPs to block a No Deal Brexit.

He said there was “no inevitability” about a No Deal Brexit and dismissed the suggestion that MPs had lost their chance to block No Deal once and for all.

The only way to completely rule out a No Deal Brexit is for Britain to revoke Article 50.

A request for a further extension could be blocked by just one EU member state – meaning Britain would leave without a deal on October 31.

Speaking at the Brookings Institute in Washington DC, the Speaker said: “There is a difference between a legal default position and what the interplay of different political forces in parliament will facilitate.”

He added: “The idea that parliament is going to be evacuated from the centre stage of debate on Brexit is unimaginable.”

“The appetite for the house to have its say has recently been whetted and that appetite is not exhausted. Indeed some would say it’s voracious.

“The house will want to have its say. The idea that the house will not have it say is for the birds. Parliament is a big player in this.

“The idea that Parliament is going to be evacuated from the centre stage of debate on Brexit is unimaginable. It is simply unimaginable.”

Tory MP Andrew Bridgen blasted: “This is further evidence – if ever we needed it – of his Remain-supporting bias throughout the Brexit process. He’s a self-proclaimed Remainer who has ripped out every rule of impartiality from the Speaker’s rulebook.

“Whoever the new leader of the Conservative party is will have to fight not only a Remain-dominated Parliament but also a Remain-supporting Speaker.”

He added: “One thing’s for certain – John Bercow, the impartial Speaker, always has his say – everyday in Parliament, it’s almost like Speaker’s Question Time with Points of Order.”

Ex-leader Iain Duncan Smith said: “In respect of the Speaker, we are subject to European law until the day we leave and European law is very clear that we leave on a set date unless a request for an extension is made and the EU grants that extension. That’s it.

"So Parliament only gets its say in terms of legislation, it can’t take over the Government at any stage, it can’t run the legislative programme, so it’s European law that will get the final say.” 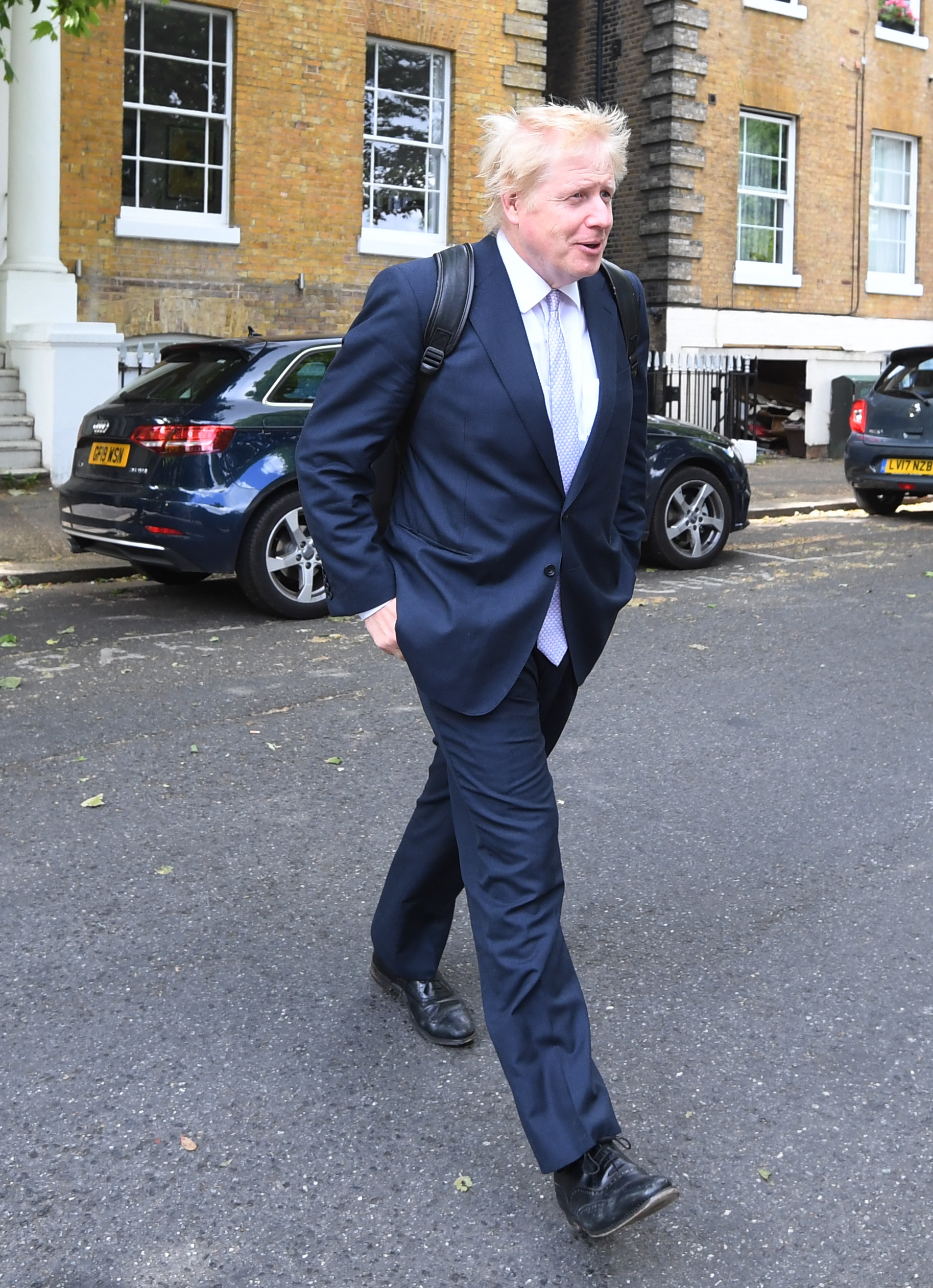