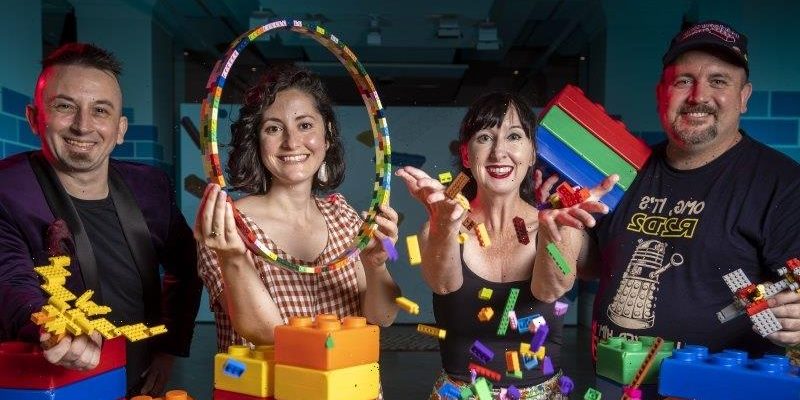 Kale Frost had the biggest scare of his life when his first son was born six weeks premature. Unable to hold his newborn for a week, the nurses urged him to go home and rest. But he couldn’t. So, instead he went to the closest shop and bought some Lego.

The new father had always had a special relationship with Lego, which he turned to when he was feeling scared or nervous. But when he turned to it after the complicated birth of his son, he didn’t realise what would come next.

“I poured [the Lego] all out on the floor and built [things] as a way of processing and that led me to getting involved in the local community.

“I never had a family as a kid, so discovering the Lego community as an adult was like discovering family and being welcomed home.” 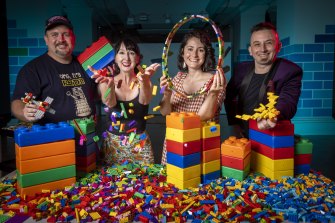 That sense of family will be palpable at the State Library of Victoria’s summer program, which will celebrate all things Lego this year.

Events will feature a brick scavenger hunt and daily sessions to see Ryan “The Brickman” McNaught build a replica of the library, with sessions running from January 10 until February 6.

Now a toy photographer and Lego artist regularly working on commissions, building with the brightly coloured bricks has become Kale’s full-time gig. It was his Instagram account that first gained him recognition among the community when he completed a Lego365 challenge. Posting a photo every day of his Lego creations, it wasn’t until day 82 when shared an image of a busking stormtrooper that he finally got traction.

“I came home to a whole bunch of messages from people saying ‘I want that photo, can you turn it into a print and give it to me?’ and ‘here’s my money take my money please’ and I realised I had something.”

For former member of State Parliament Andrew Elsbury, Lego was an outlet to help him take his mind off the rigours of work.

He picked up the bricks for the first time since childhood after a visit to Myer, when a sales assistant asked if he was buying for himself or someone else.

“And immediately I went into the normal knee-jerk reaction ‘no, no, no it’s for my nephew’ and she said ‘you do realise it’s alright if it’s for yourself’.”

From that, Andrew started building a Lego collection and became open about his passion at work, where he would have Lego delivered regularly to his office, with security guards always excited to see what he’d ordered.

His hobby has not only brought smiles to the office but to the community through a volunteer organisation he founded called Wyndham Brickfest, a Lego-building competition that raises money for the paediatric unit at Werribee Mercy Hospital. While the pandemic has meant only one event has been hosted in 2019, he hopes he will be able to continue the event this year.

For Fleur Watkins, a digital conference manager by day and Lego enthusiast on the side, Lego has been “life changing” for reconnecting with who she is. 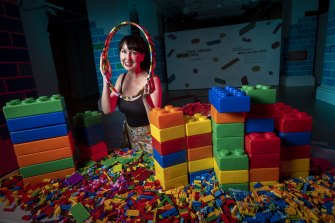 Fleur Watkins is a digital conference manager with a passion for Lego.Credit:Wayne Taylor

“It’s been a place where I feel calm and happy and creative and it’s connected me back to who I am outside of being a parent.”

Fleur, who competed in the 2021 Lego Masters series says being on the television show was one of the best experiences of her life.

“To be able to go on TV and represent girls was really wonderful, and I’ve had such amazing feedback from parents of girls.”

With Lego sets geared towards over 18’s that are more technically challenging and sets that are less gender-specific, Fleur urges anyone interested in Lego to get building. Regularly holding competitions on her Instagram, she loves helping beginners and seasoned builders alike tap into their creativity.

“To encourage people who maybe haven’t got a lot of experience, like I was two years ago, to just start somewhere. It’s honestly inspired me more than building [with Lego] myself to just see how excited people have got.”