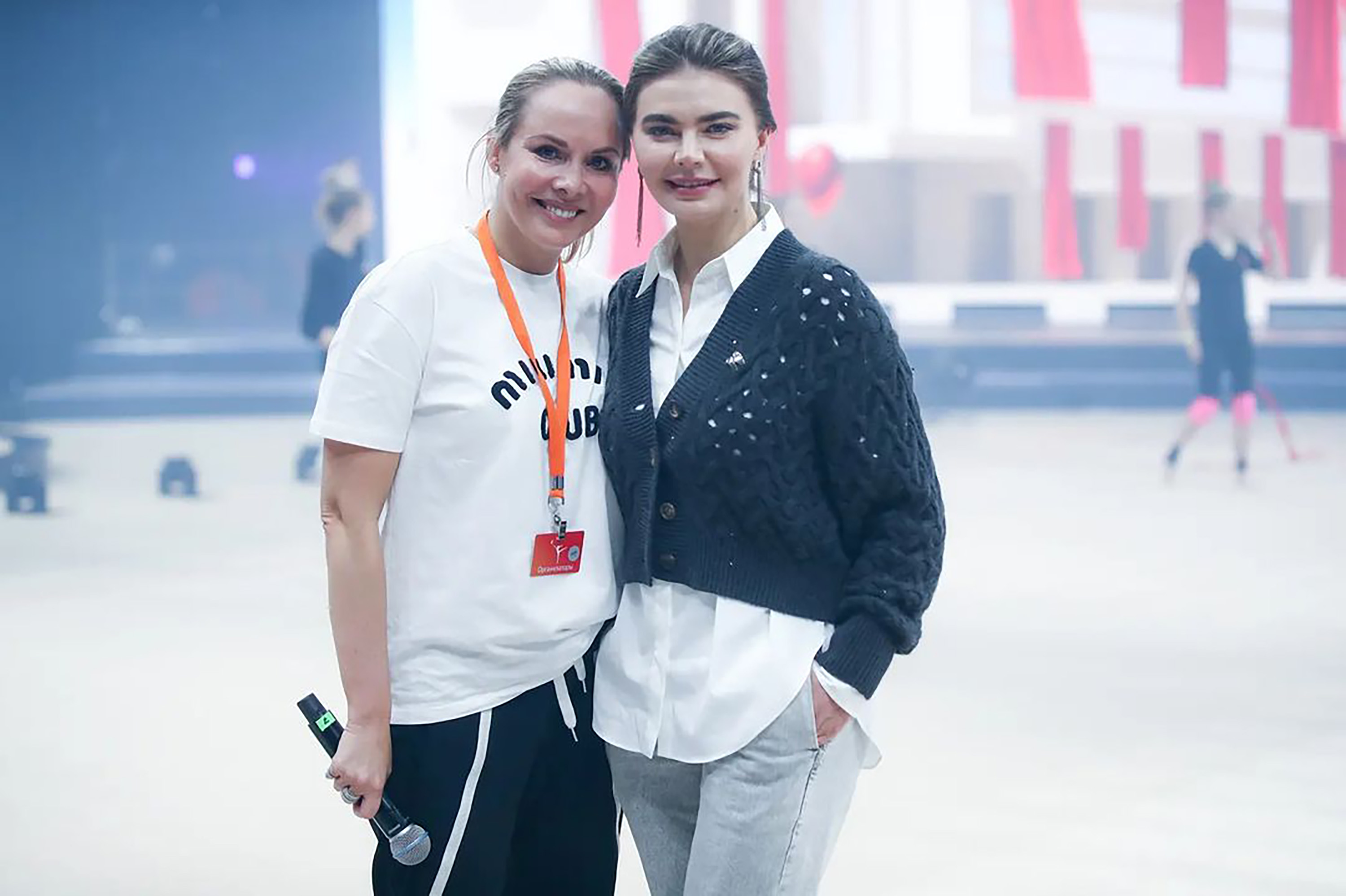 Vladimir Putin’s elusive ‘mistress’ has been spotted in public sporting a ‘new look’.

At the start of the conflict, rumours circulated that she had gone into hiding.

A petition was even launched to oust the 38-year-old from a luxury villa in Switzerland.

But now, she has been seen at a junior rhythmic gymnastics rehearsal in Moscow.

The 38-year-old was in attendance ahead of the city’s Alina Festival charitable event, which takes place tomorrow.

Kabaeva was seen in casual clothes and with a wedding ring on her finger.

Russian Cosmopolitan said ‘something has really changed in Kabaeva’s face’ and added the athlete was ‘noticeably prettier’.

The magazine reported: ‘Alina Kabaeva is one of the most mysterious and secretive women in our country.

‘The gymnast almost never appears in public, does not [appear in] social networks, and it is not possible to accidentally see her on the street or in shopping centres.’

A TV version of the sporting festival will be broadcast ahead of Russia’s 9 May Victory Day commemoration, an event which marks the end of the Second World War.

Earlier this week, a giant intercontinental ballistic missile was displayed during preparations for the parade.

Thousands of soldiers have been taking part in rehearsals ahead of the Victory Day ceremony.

Kabaeva, who was once dubbed ‘Russia’s most flexible woman’, has only made one statement in relation to the conflict with Ukraine.

She focused on the decision to ban Russia from competing at the Beijing Paralympics and described it as ‘a shameful page in the history of world sports.’

Even before the war, the decorated gymnast had rarely been seen in public over the past few years despite her high profile.

She served as a pro-Kremlin member of parliament for eight years and in 2014 was appointed by the government to run the state-owned National Media Group for a reported annual salary of £7.6million.

And her alleged lover Putin is well-known for despising questions about his personal life.

He has two other adult daughters – Maria, 36, and Katerina, 35, from his first marriage to former flight attendant Lyudmila Shkrebneva.

Another rumoured connection is the teenager Luiza Rozova, whose millionaire mum Svetlana Krivonogikh was linked with Putin in the nineties.