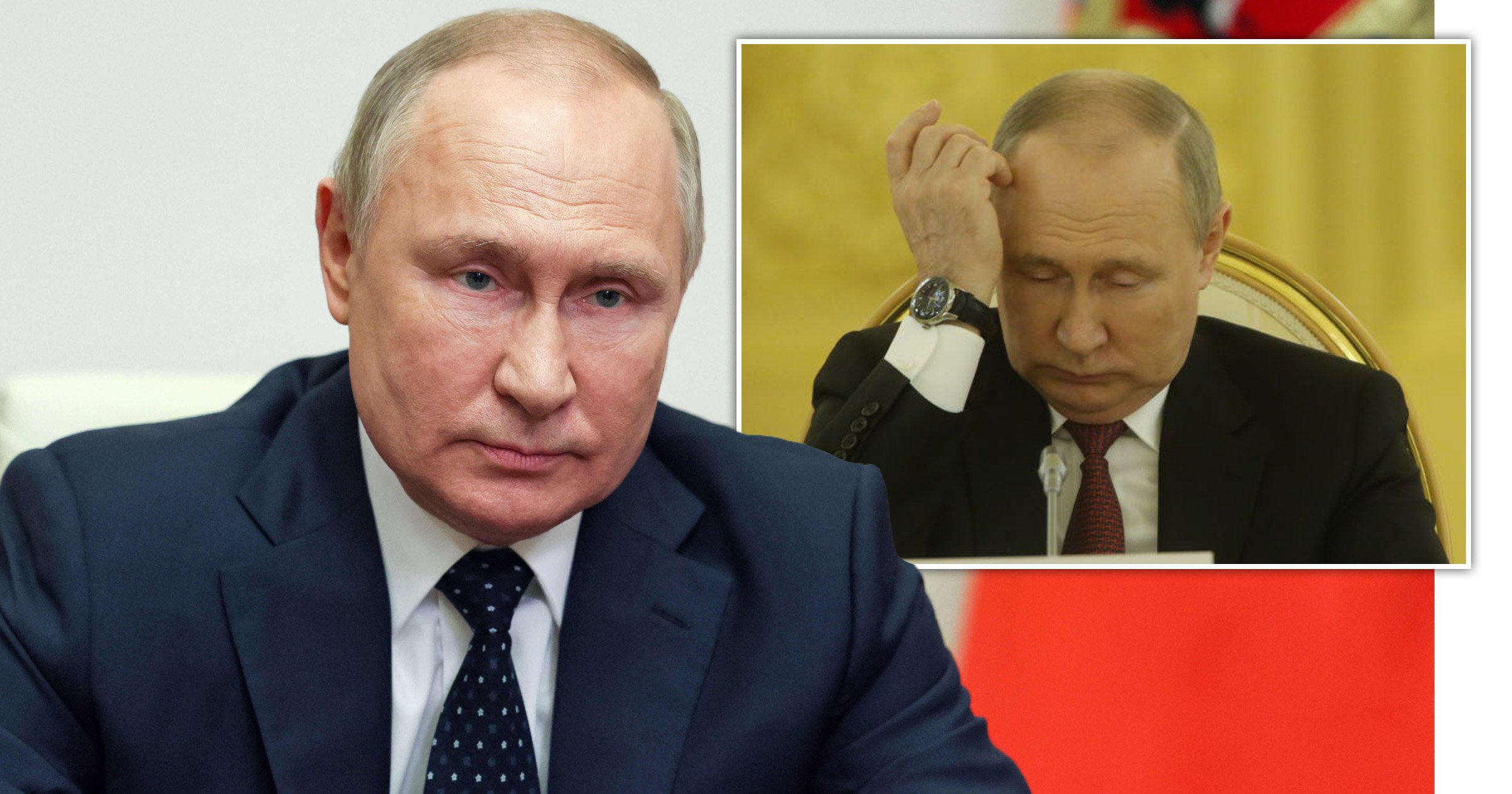 Amid ongoing rumours about possible illnesses, MI6 officials have apparently claimed that the Russian President may not have even attended recent events, including the Moscow Victory Day Parade.

The Kremlin insists Putin is in good health despite persistent suggestions to the contrary.

Many of his TV interviews and addresses could have also been pre-recorded, one intelligence source told the Daily Star.

‘Putin is very ill and when he dies his death will be kept secret for weeks, if not months,’ they said.

‘It is believed that Putin has employed body doubles in the past when he has been unwell and the Kremlin could be doing so now.

‘Putin is the head of a small group of senior officials who are completely loyal to him.

‘The real fear is that once his death is announced there could be a Kremlin coup and Russian generals will want to withdraw from Ukraine.’

The MI6 official warned that Putin’s death will leave the Russian elite ‘powerless and vulnerable’.

As a result, officials might hide his true fate for the rest of the world as ‘they have a vested ­interest in saying that he is alive – when the reverse could be true’.

Earlier in May, Metro.co.uk reported that the president’s health has allegedly been deteriorating for the past five years and that he had two surgeries in two weeks this month.

It is also widely believed he is taking steroids or receiving cancer treatment which has left him looking puffy-faced.

There have also been claims his TV appearances have been staged using deep-fake technology to mask his absence from duties.

Metro.co.uk has not been able to independently verify the claims and the Russian government insists the president remains in robust health.