Pup stop! Driver has hilarious reaction when three dogs poke their heads out of the window of a pick up truck at a red light

This is the hilarious moment a woman spots three dogs in the back of a pick up truck which was stopped at a red light in Richmond, Virginia.

As the woman pulled up at the junction, two dogs put their head out the window of the truck.

Moments later, a third dog could be seen in the background. 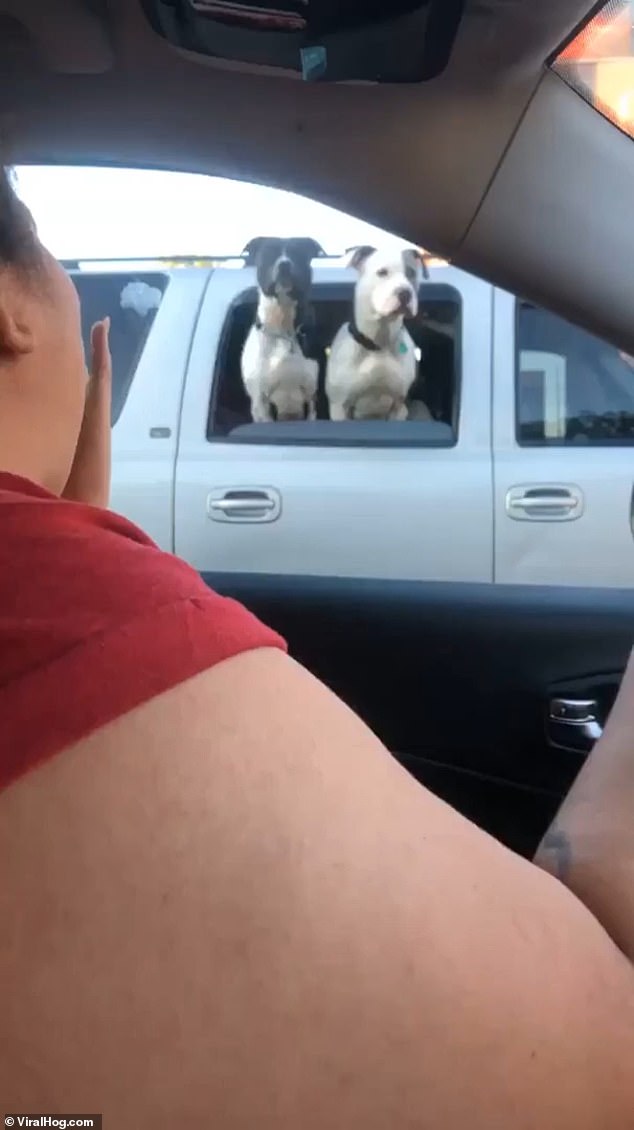 The woman, pictured, reacts when she sees the dogs in the back of the truck, pictured 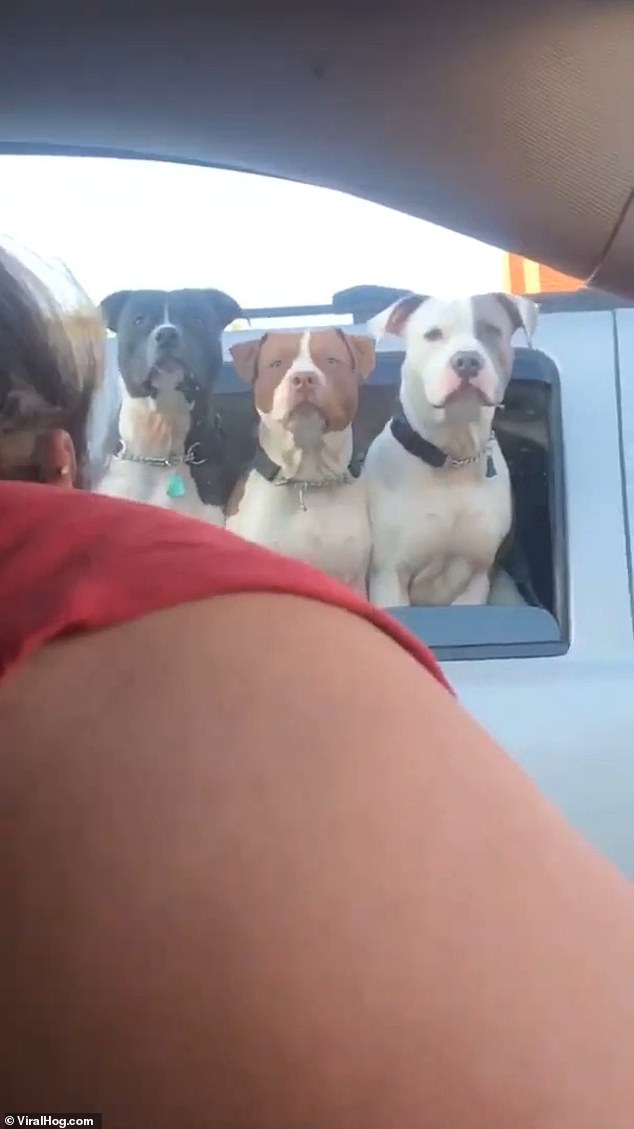 The woman, who has not been identified, began screeching in a high-pitched voice using baby language to communicate with the dogs.

The footage, which is being shared widely online, shows the woman’s reaction to the dogs who were not restrained or in a cage in the back of the pick-up truck.

According to a note attached to the video by the woman, who did not reveal her name: ”My best friend and I were taking a ride downtown when we saw some cute dogs out the window of another car.

‘I happened to start recording when the third puppy popped up unexpectedly!

‘I was not expecting the video to get the attention it did!’

One social media user responded: ‘Bad idea driving with your window down with dogs. I saw something really horrible once. Dog jumped out, got hit.

‘Please don’t do this. I know a lot of people do this and their dogs don’t jump out until they do, one day, and get killed.’