Broadmoor Hospital psychiatrist, 25, who lied about having breast cancer can treat patients again after vowing to be ‘honest and transparent’

A Broadmoor Hospital doctor who lied to senior colleagues about having breast cancer has been told she can treat patients again after she vowed to be an ‘honest and transparent person.’

Trainee psychiatrist Dr Amina Rafi, 25, had falsely claimed she had undergone three rounds of chemotherapy and radiotherapy treatment when she did not have the condition.

But the lie unravelled when colleagues at the maximum security facility, which has over the years housed some of Britain’s most infamous life-serving prisoners, became suspicious about her medical qualifications.

She kept up the pretense during a review meeting with a senior consultant but eventually broke down and confessed.

It emerged she had exaggerated her medical experience and also her age – claiming she was four years older than she actually was.

In November last year at the Medical Practitioners Tribunal Service in Manchester, Rafi from Reading, Berks was suspended from practice for nine months after a disciplinary panel said her lies had put the lives of Broadmoor patients at risk. 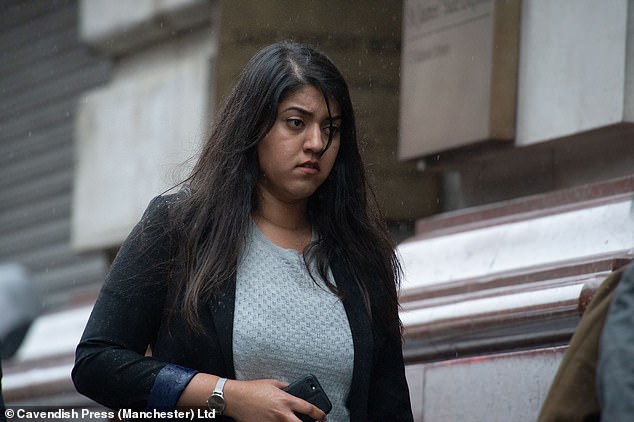 Trainee psychiatrist Dr Amina Rafi, 25, had falsely claimed she had undergone three rounds of chemotherapy and radiotherapy treatment when she did not even have the condition 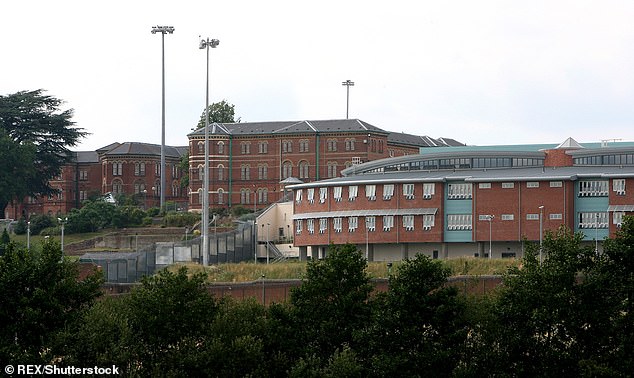 Rafi admitted misconduct but said she been under ‘stress’ due to the death of a patient at the facility and collapse of a member of staff in the car park.

She also claimed she was ‘anxious’ about getting breast cancer as there had been a history of the illness in her family.

Today Rafi was deemed safe to return to work during a review hearing after she filed a series of statements telling of her shame over the lies.

She said: ‘This journey has been truly gruelling and has forced me to confront so much about myself and to change, and has also made clear what is at stake if I do not – namely my medical licence, which remains very dear to me.

‘I have experienced life without it, and if I had to reduce my feelings down to the most overwhelming one, it would be what a privilege I have lost. I feel such shame and regret at everything I did and wish I could make amends to everyone I have wronged.’

The investigation began after rumours circulated at the hospital about Rafi’s trumped-up claims of being a member of the Royal College of Physicians and a hospital registrar at ‘ST6’ level when she started at Broadmoor in February 2018.

In fact she had just completed her second year of training as a psychiatrist having qualified at Leeds University medical school in 2014.

But at the time she started her job she also made false claims to her clinical supervisor about having cancer and was advised to tell senior staff about her condition.

She falsely claimed she had received surgery, chemotherapy and radiotherapy for breast cancer on ‘two or three’ occasions. She kept up the lies until a review meeting in June 2018 where she was asked about her background. 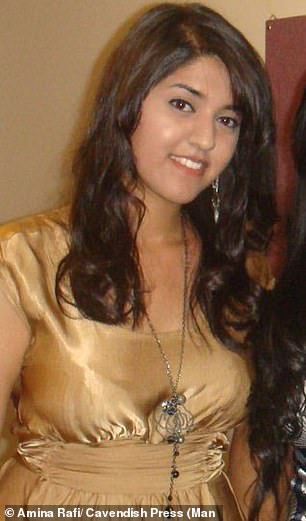 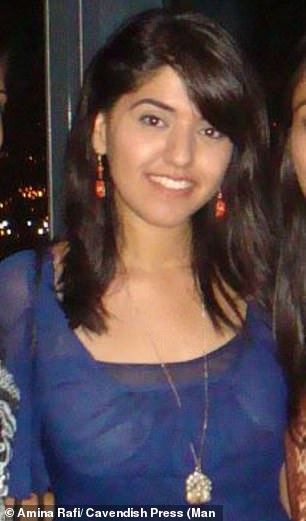 Trainee psychiatrist Dr Amini Rafi (pictured), 25, told colleagues at the maximum security hospital she had the disease, was four years older than she was, and that she was a member of the Royal College of Physicians

In her reflective statement read to the hearing Rafi added: ‘I have spent many hours on a monthly basis preparing these reflections and considering the impact of my behaviour.

‘As difficult as that process has been, it has confirmed my commitment to ensure that such behaviour is not repeated.

‘I remain deeply remorseful for my misconduct and dishonesty that led to my suspension and I hope that the Committee will accept the above evidence as a demonstration of my insightful reflections and my commitment to ensuring that such behaviour is not repeated.

‘I lied to my colleagues and I tried to bolster my own self-esteem in a very ugly and potentially dangerous way. 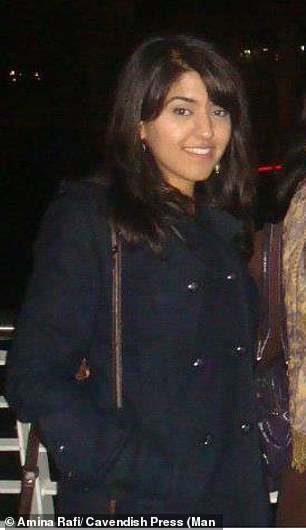 ‘I felt so ashamed but it does not compare to the shame I felt once everyone knew I had not only lied but had continued to lie.

‘I choose to view this period of suspension as a way to prove my ongoing commitment to changing myself, to never allowing my ability to reflect on myself to slip, to admit to my faults and work on changing them.

‘I wish to be seen as an honest and transparent person again, in the eyes of the profession and also through my own critical lens.’

She went on: ‘I think that now more than ever, channelling the support network I have been building is crucial to ensure I do not slip back into old patterns.

‘I remain committed to the promises I made to myself and to the professional body that I must not adopt old habits out of desperation, to allow terrible things to happen and to silently endure it.’

Lifting the suspension tribunal chairman Mrs Jayne Wheat said: ‘Dr Rafi has developed further insight into her actions since the 2019 Tribunal hearing and has recognised her actions were wrong.

‘She has learnt from them and understood the consequences in relation to both the impact on her colleagues and of the reputation of the profession. Dr Rafi recognised that had her behaviour continued patients may have been put at risk.

‘She has consistently engaged with this in order to maintain her medical knowledge and skills. The Tribunal considered that the steps taken by Dr Rafi in maintaining her knowledge represented a clear commitment to resuming practice safely.’