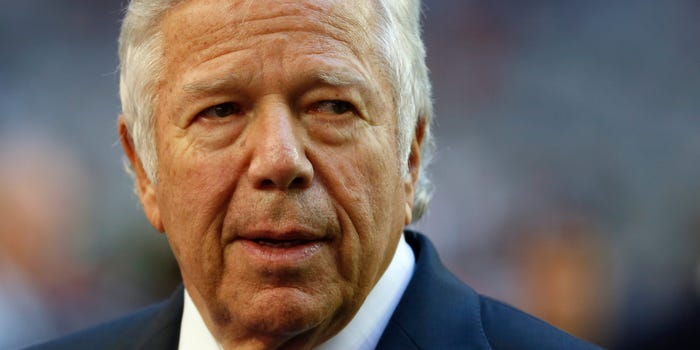 Women involved in a massage-parlor prostitution sting involving Robert Kraft were ordered to pay fines last week — months after all charges were dropped against the New England Patriots owner.

Four women, Kraft, and 24 other men were charged last year when federal prosecutors said the men engaged in sex acts with employees at the Orchids of Asia Day Spa and Massage in Jupiter, Florida.

Charges against Kraft, who pleaded not guilty in the case, and the other men were dismissed last year after Palm Beach County State Attorney Dave Aronberg said there was not enough evidence to convict them when courts blocked the use of video surveillance footage of the alleged crimes.

But charges against the women who worked at the spa were not dropped.

All four women reached plea deals with prosecutors in recent months, and have had to pay thousands of dollars in fines and fees.

Kraft's life, meanwhile, has mostly returned to normal: He still owns the Patriots, and last year he was recorded dancing with Jamie Foxx and Jon Bon Jovi in the Hamptons, and ate at an official state dinner with President Donald Trump in Qatar.