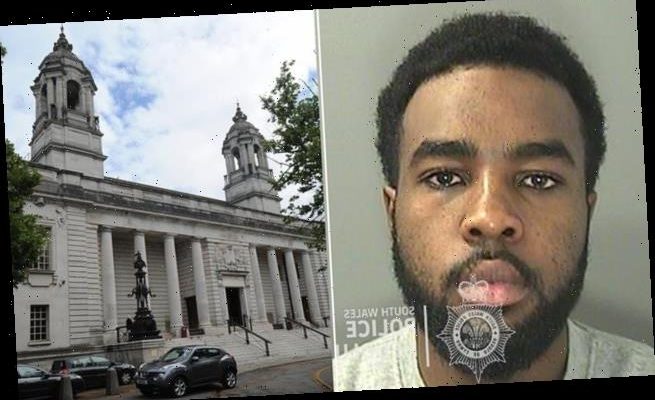 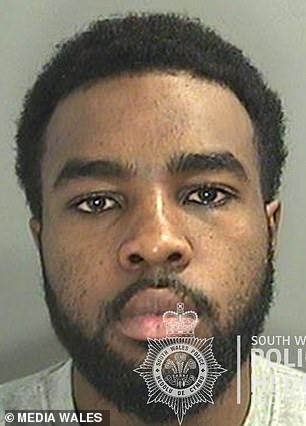 Chauncey Taylor, 21, attempted to deal Class A drugs from a flat belonging to a vulnerable couple in Leckwith along with five other people, all from the London area

A private schoolboy whose mother is an ICU worker on the Covid frontline was sent to Cardiff as part of a county lines operation to sell heroin and cocaine.

Chauncey Taylor, 21, attempted to deal Class A drugs from a flat belonging to a vulnerable couple in Leckwith along with five other people, all from the London area.

Taylor admitted his role in the operation but claimed he had been threatened and intimidated into dealing by a drugs gang he owed a cannabis debt to.

But he was today sentenced to 18 months in prison as Judge DJ Hale said the ‘pressure’ of a drug debt is not a ‘get out of jail card’.

Taylor’s mother is a nurse working in a Covid ICU and Taylor provides care for his younger sister, Cardiff Crown Court heard.

Taylor arrived in Cardiff on October 16 last year and had been dealing for four days before his arrest on October 19 at a property in Leckwith Place.

Prosecutor Alex Greenwood said officers observed a number of people in the flat – which was known to them – and became suspicious.

Officers knocked on the window and the flat fell silent while the men inside looked concerned.

Police feared the vulnerable couple in flat were victims of ‘cuckooing’ – when gang members use violence and abuse to take over private homes as drug dens.

An officer requested backup and when they entered the property there was a strong smell of cannabis.

Five men were arrested and another man hiding outside in a car was also detained as officers conducted a search.

Taylor – one of the six men – was found with a package containing 97 wraps of heroin which had dropped from his buttocks.

A further 26 wraps of crack cocaine was found on another suspect.

The defendant’s home in Epsom, Surrey, was later searched and officers located a knife, weighing scales, and empty plastic bags.

He was arrested and pleaded guilty to possession with intent to supply heroin and cocaine with a basis of plea stating he was acting under duress.

Defence barrister Emma Lewis said Taylor had run up a cannabis debt and a drug dealer had attended his home demanding he repay it while making threats to him and his family. 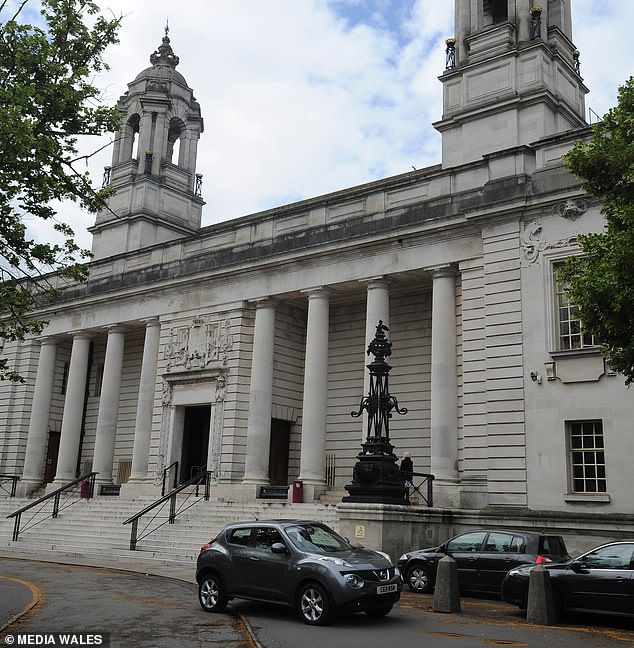 Taylor’s mother is a nurse working in a Covid ICU and Taylor provides care for his younger sister, Cardiff Crown Court (pictured) heard

He said he was not working and had no money so agreed to supply drugs to pay the dealer back.

Ms Lewis added that her client came from a ‘supportive family’ who had provided him with a public school education.

She said he had gained a place at university, which he was unable to take up due to the Covid-19 pandemic.

Ms Lewis added: ‘He’s mortified to find himself in this situation because of the impact it has had on his family.

‘His mother is an ICU nurse and has provided crucial work during the pandemic. He was assisting with his sister’s care which she no longer has access to.’

Sentencing, Judge Hale said: ‘Compared to most of the people I see you have had a better start than most. You’re bright, you’ve got a supportive, family and here you are.

‘You know and must have known the dangers that must have arisen should you be caught.

‘You say you were under pressure because of a drug debt but you know the risks you’re taking if you’re caught – that pressure is not a get out of jail card.’