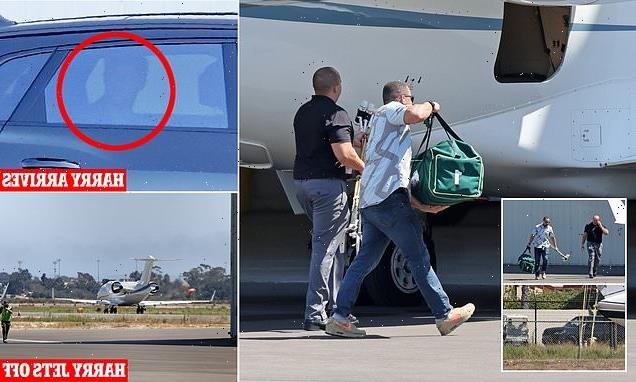 Not very eco-friendly! Prince Harry sits in idling $9 million private jet for 30 minutes while he waits for staff to arrive in gas-guzzling Range Rover to deliver his forgotten polo kit

Prince Harry was spotted arriving for a flight on a private jet to set off for a one-day polo match – before the aircraft sat idling on the tarmac for at least 30 minutes as it waited for his staff to arrive in a gas-guzzling SUV to drop off his polo kit.

The Duke of Sussex boarded the $9million Bombardier Challenger 600 at a Santa Barbara airport around 11am on Wednesday to head to the event in Aspen to compete in a round robin tournament.

Harry, who regularly preaches his views about the ‘climate crisis’ hitting the world, arrived at the airport close to his $14million Montecito home in an electric Audi SUV.

But he then sat in the idling private jet for 30 minutes before the royal’s staff arrived with his polo gear in a black Range Rover at around 11.35am.

Two men were then seen ferrying Harry’s green kit bag and mallets to the plane in a golf cart before placing them in the cargo hold.

The private jet is owned by Florida-based businessman Marc Ganzi, who is a longtime friend of Harry’s and a polo enthusiast.

The Ganzi family have played with Harry’s brother William and father Prince Charles previously in London several times, and are already at the club in Colorado ahead of the event today.

Ahead of the one-day event, Harry said he and his team were ‘delighted to return once again to the stunning grounds of Aspen Valley Polo Club for the annual Sentebale ISPS Handa Polo Cup’.

Harry is set to join his friend Nachos Figueras at the event, where they will be playing on the same team during the round robin event.

The prince and the Argentinian have played on the same polo team together in various matches over the years, with the polo star attending the royal wedding and was among the first to meet his son Archie in 2019.

It is unclear if his wife Meghan Markle, 40, or two children, Archie and Lilibet, will be cheering the Duke on from the sidelines or if they will remain at home in their 9-bedroom mansion.

The couple have been slammed on multiple occasions for being hypocrites for their use of private jets, despite preaching about ‘making a difference’ and the need for ‘urgent intervention’ to halt climate change. 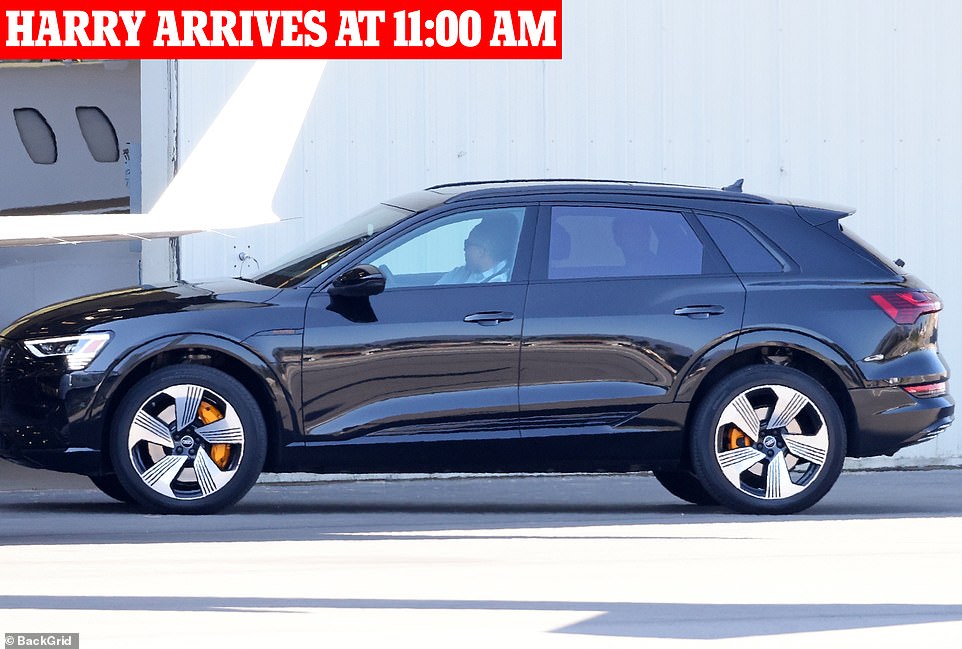 The Duke of Sussex arrived at a Santa Barbara airport in the back seat of his electric Audi SUV at 11am, and boarded the Bombardier Challenger 600 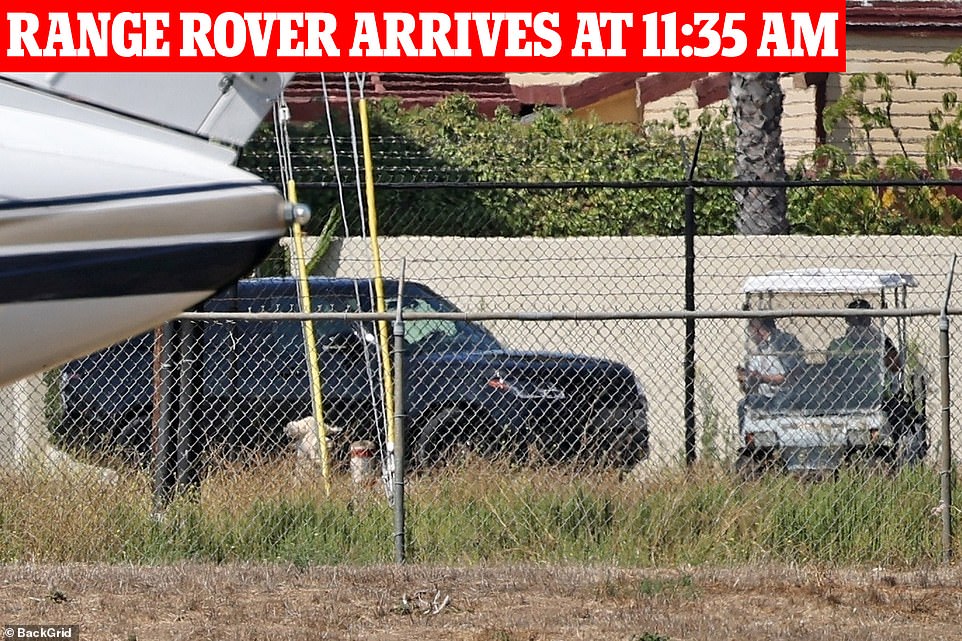 Staff arrived 35 minutes later, at 11.35am, to the airport to drop off the missing kit.  They drover a  Range Rover  to bring his mallets and gear, with his bodyguard’s then dashing to the plane in a golf cart to ensure they arrived safely with the royal 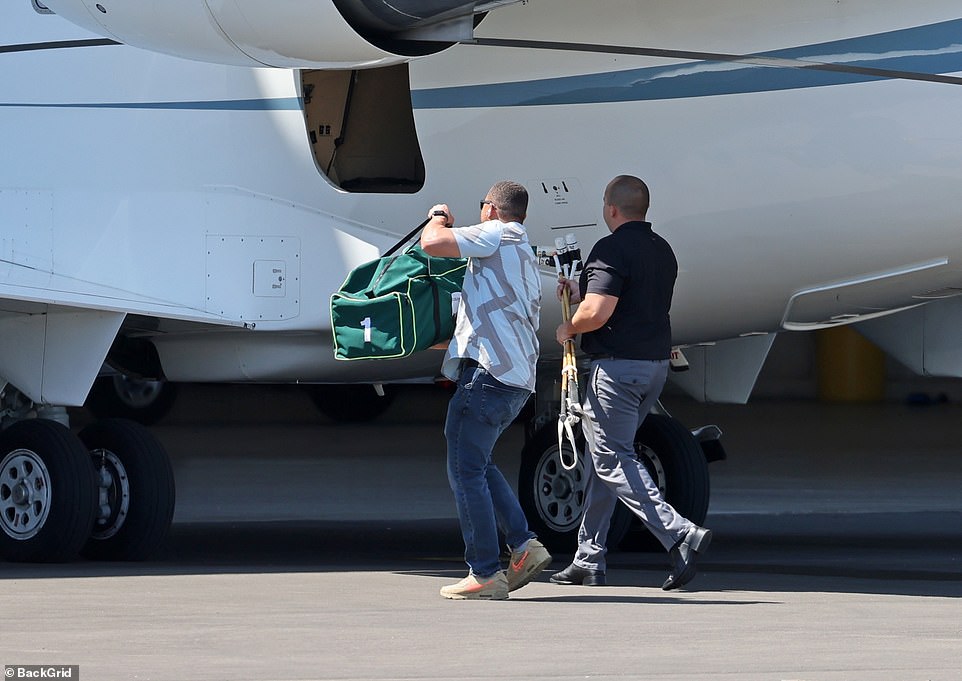 Staff has to dash to drop off the royal’s forgotten kit bag, leaving the private jet idling on the runway for 30 minutes after Prince Harry arrived in an electric Audi car to a Santa Barbra airport on Wednesday 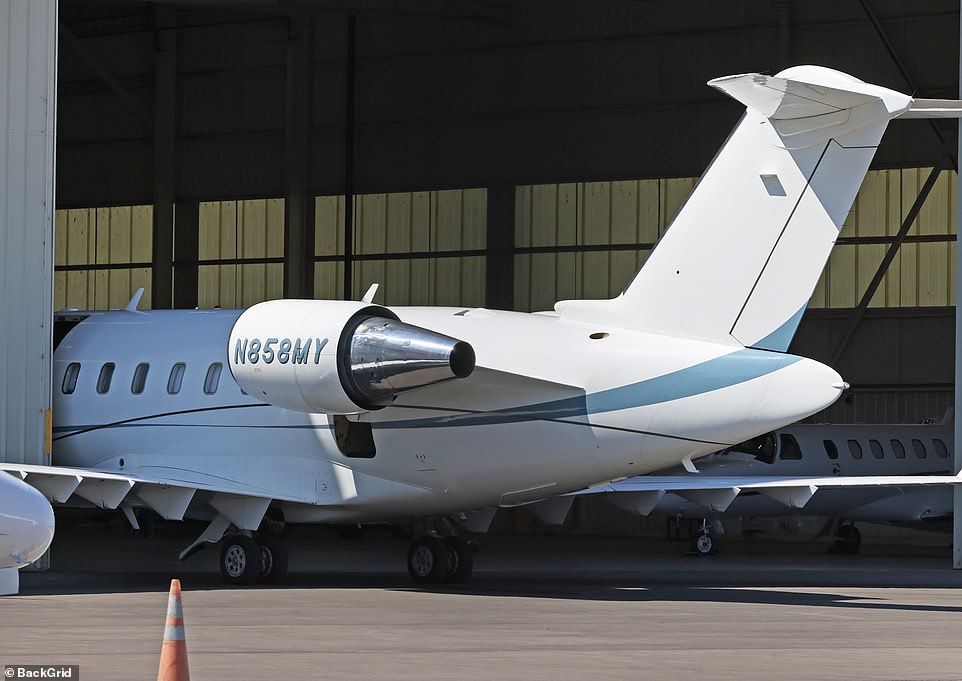 The Duke of Sussex had got on the $9million Bombardier Challenger 600, pictured, to head to a one-day polo event in Aspen with his long-standing polo star friend Nacho Figueras. They are due to battle it out as part of the on the Sentebale Team against the Royal Salute and the US Polo Assn teams in a round robin tournament

Harry and Meghan were hit with a huge backlash in June after the flew back to the UK for the first time since stepping down as senior royals for the Queen’s Platinum Jubilee celebrations aboard a private jet.

The couple, and their two children, flew home to California from Windsor on a Bombardier Global 6000, the same type of plane Harry was pictured on yesterday morning.

The jet can carry up to 13 passengers, and comes with its own ‘private stateroom’ that features a flatbed and can travel more than 6,000 miles without stopping.

Harry’s hour and a half trip to Aspen would have emitted more than six tonnes of carbon dioxide for the one way trip, and just over 12 tonnes if he takes the jet on his return flight.

The prince has previously defended his use of private jets and insisted that 99 per cent of his air travel is via commercial flights.

He claimed he tried to balance out the effects of private flights by off-setting his CO2 emissions in 2019.

Harry took a different jet owned by the US businessman to the Sentebale ISPS Handa Polo Cup last year, boarding the $53million Gulfstream jet to return home to Meghan and their two children.

The annual event is held at the Aspen Valley Polo Club, and serves as the single-largest fundraising event for the charity to advance its mission on behalf of young people across Lesotho and Botswana.

Sentable was set up in 2006 by Harry and Prince Seeiso of Lesotho, and works with children in southern Africa whose lives have been affected by extreme poverty, inequality, HIV/AIDS and Covid-19.

Climate experts believe that the Sussex’s journey from the UK to celebrate the Queen’s Jubilee, to California resulted in ten times more carbon being emitted than if they had taken a commercial flight.

Their flight from Farnborough to Santa Barbara would have emitted nearly 60 tonnes of carbon dioxide into the atmosphere.

Despite the couple repeatedly preaching about the severity of global warming, their return trip to England and Harry’s jaunt to play polo means that they have exceeded their yearly carbon budget by more than 3400 per cent.

In an attempt to stop global warming, the Paris Agreement lays out that each person’s carbon budget should be no more than 2.1 tonnes per year.

Harry and Meghan’s private jet trips this year alone, including their round trip to the UK, equals 72 tonnes of carbon dioxide – more than 36 times the advised limit.

Earlier this year, Harry and Meghan launched new eco-travel project which would see holidaymakers ‘rated’ on their green credentials.

During last November’s Cop26 climate change conference in Glasgow, Harry and Meghan vowed that their Archewell foundation would go Net Zero by 2030.

In a statement on their website, they said they have ‘actively made choices to offset and balance their carbon footprint’ and added they would be looking at ‘what they eat’ and ‘how often they eat it.’

In May last year, Harry said it was ‘pretty depressing’ that children were growing up in a world where their home country was ‘either on fire or underwater’ and insisted that climate change must be tackled ‘at the source’. 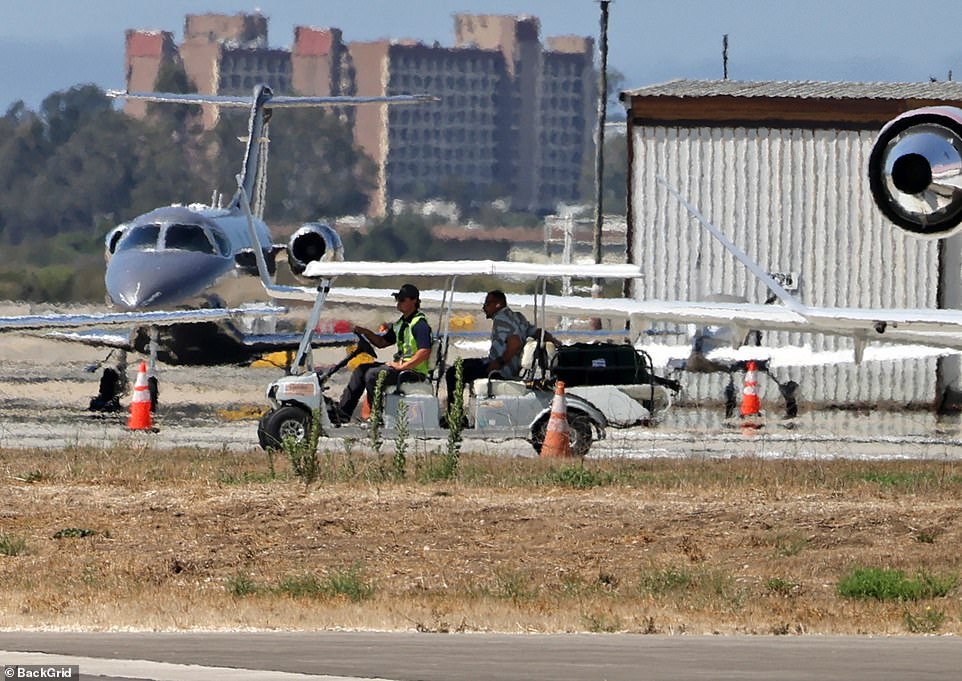 Harry and his wife Meghan Markle have previously been accused of hypocrisy for continually using private jets, despite having spoken about ‘making a difference’ to the future of the planet and the need for ‘urgent intervention’ 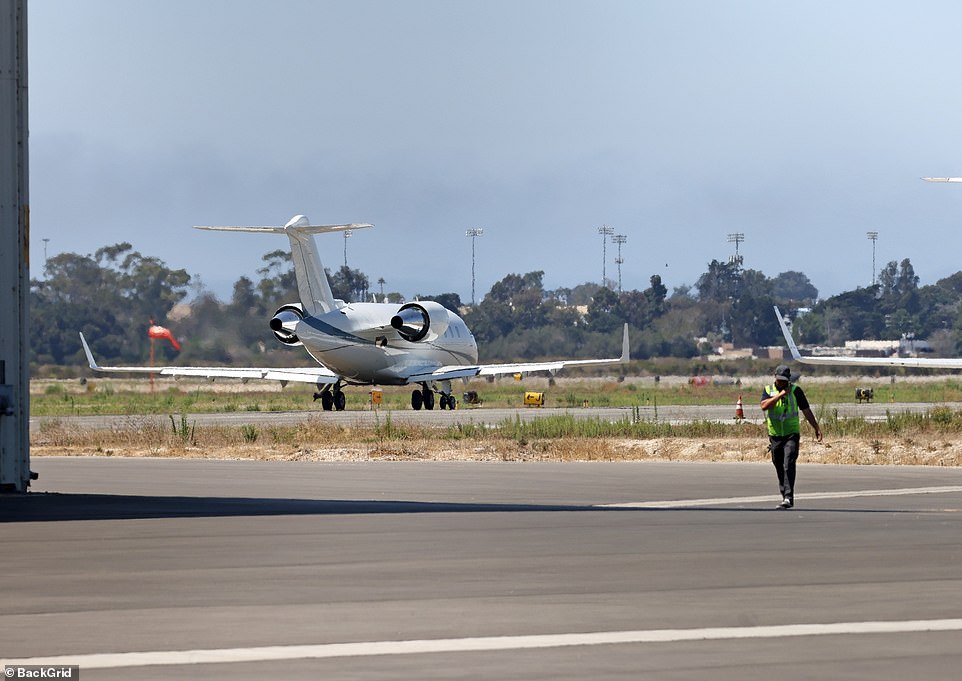 Harry’s jet is pictured pulling away with him on board. Earlier this year, Harry and Meghan launched new eco-travel project which would see holidaymakers ‘rated’ on their green credentials