A PIZZA Hut customer who was left outraged by the "sexual" labels on the restaurant's ketchup bottles has been pranked with rude sauces on his doorstep.

Adrian Shann, 31, was dismayed by the "Shake, Squeeze and Squirt" messaging when visiting Pizza Hut for the first time in Hull. 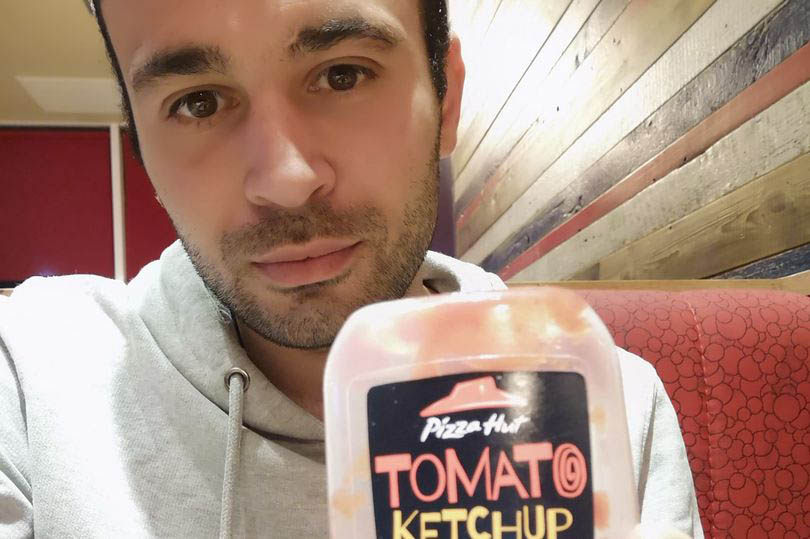 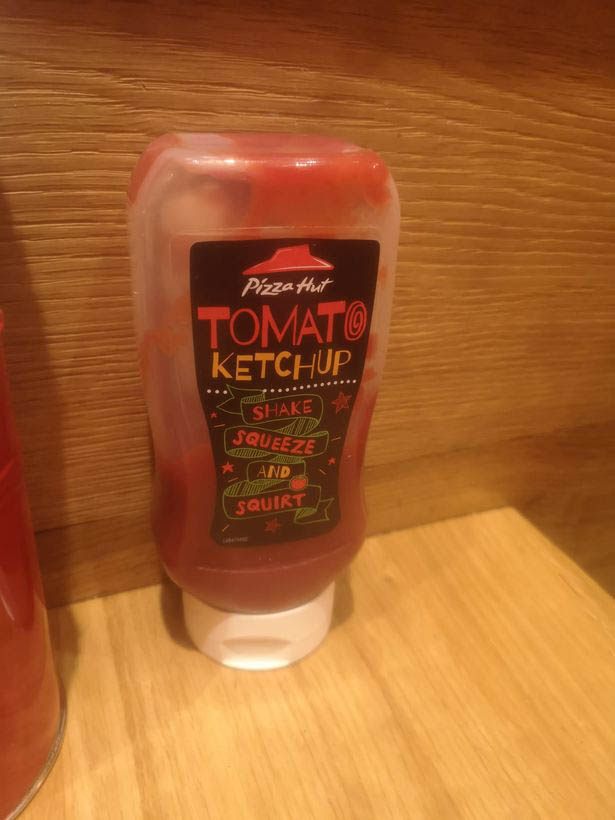 He said the slogan "sounds like an app for swingers" – and claimed it would lead to uncomfortable questions from curious kids.

Adrian told Hull Live: "It's not innocent in my eyes. It literally sounds like an app for swingers. I do not understand how someone could put that sentence together, it's awful."

But the hairdresser has now been targeted by saucy pranksters at his home after making the comments.

He has even been trolled by "keyboard warriors", who have left unkind messages on his professional Facebook page.

Three bottles of £1 sauces were left on his doorstep – each labelled with descriptions of a sexual act based on the colour of the condiment inside.

He said: "I feel like people are not looking at it the way that I am looking at it. I appreciate the £3 but there is nothing to laugh at about it.

"I just wish people would stop leaving ketchup at my door."

"I am not a child and I am not offended by it personally, and people don't understand that.

"I think it is inappropriate to be around children.

"For all of these people to defend a company when they can't give a reason themselves on why they've decided to use that slogan makes no sense."

Adrian said he has been deleting the hateful online comments.

"No one would say anything in real life, it's all keyboard warriors," he said.

On his visit to Pizza Hut, Adrian claimed he witnessed adults chuckling at the message from a nearby table before having to answer awkward questions from their kids.

He said: "It is because of the chain's marketing aimed at children that I am worried."

Last month, a former Pizza Hut worker lifted the lid on what allegedly goes on without customers knowing – and it's made him swear off the fast-food giant for good.

The anonymous employee – who appears to have worked in a US store – revealed that some people get burnt pizzas on purpose, and it's all because they don't tip.

In a Reddit thread the former employee – who appears to have stopped working at Pizza Hut over ten years ago – said: "If you don't tip, you are the scum of the Earth, in my opinion, and I remember you," he admitted.

And when it comes to home delivery, "you'll get your pizza last on my runs even if you ordered first".