PIERS Morgan has blasted the Government for banning their ministers from appearing on Good Morning Britain after a series of on-air rows.

Mr Morgan has gone head-to-head with multiple ministers over the last few weeks. 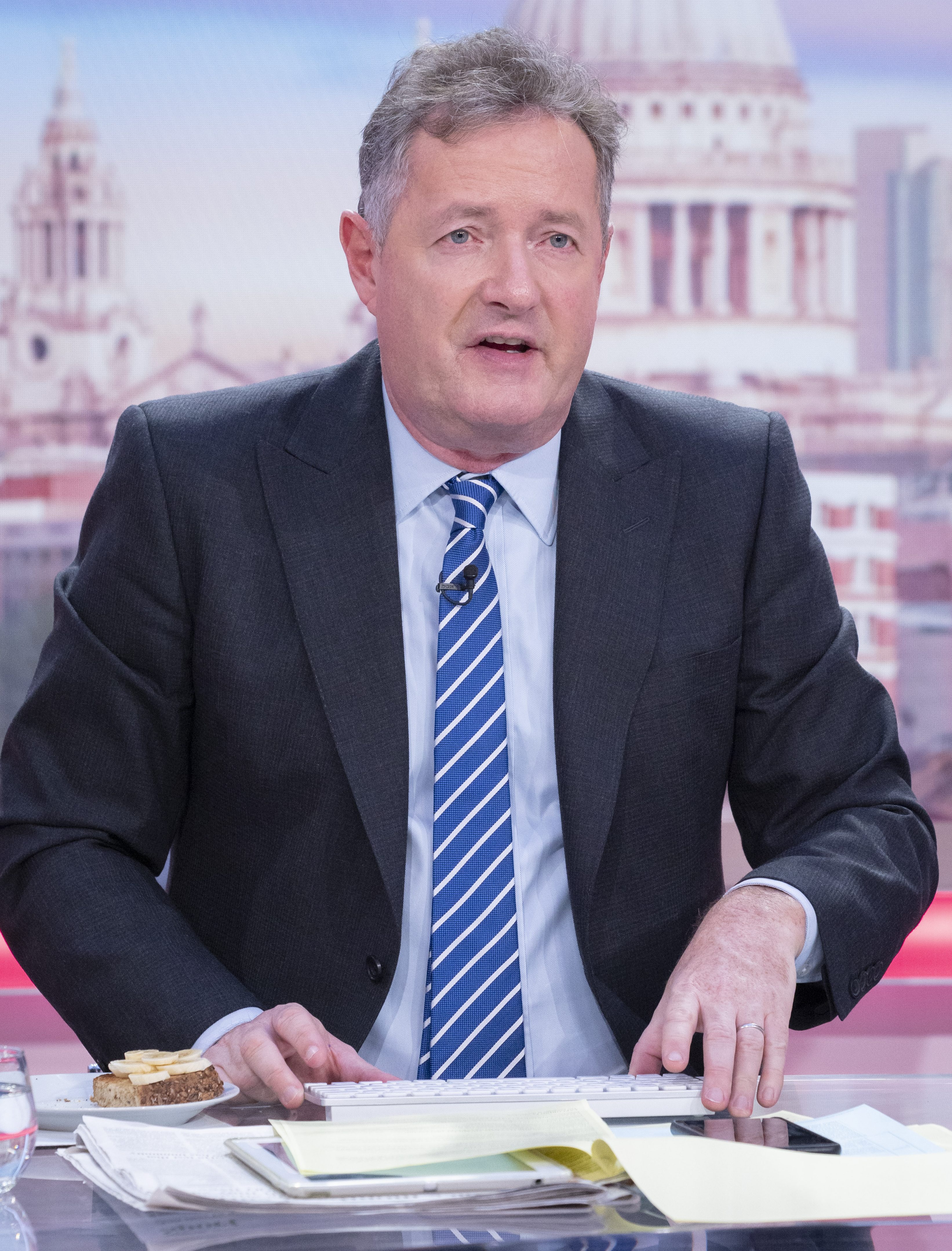 Piers tweeted this morning: "The UK Govt has banned any ministers from appearing on @GMB after a series of them made complete fools of themselves in the face of basic & important questions.

"This is a pathetic & cowardly response to THEIR shameful incompetence."

The Good Morning Britain co-host has repeatedly slammed various ministers for not knowing accurate figures of deaths in care homes.

He accused Ms Whately of "laughing" at care home deaths.

Piers said to the care minister last month: "I want to show you this."

But she was unable to see when Piers showed her the Daily Mail's front page on the crisis in care homes.

Piers told her: "I'm showing viewers a Daily Mail front page, I don't know why you're laughing. Why are you laughing?"

And she replied: "I'm sorry, my reaction was because you said, I'll show you something, but I can't see what you're showing."

Piers also took on Health Secretary Matt Hancock in March, accusing the Government of failing to act decisively enough when it came to stay at home advice.

Mr Morgan sparked even more backlash after a bruising interview with MP Victoria Atkins, where he told her she didn't have "a clue" about a dry-run of a pandemic Downing Street did in 2016.

When he spotted Ms Atkins' smiling, he again accused her of laughing at the coronavirus crisis.

He said: "I don't know why you all keep laughing."

The presenter has recieved almost 4,000 complaints to Ofcom over the interviews he has done with MPs during the coronavirus crisis.

We are on the same side, against the same enemy – this is not an election, it is not a referendum, so you shouldn't criticise journalists for doing their job

But he was cleared by the media watchdog.

He said: "I'm glad that freedom of speech matters. Journalists doing their jobs matter. Holding them to account matters."

Detailing the explosive interviews with MPs, he continued: "We do our jobs, they do theirs – but we are all on the same side here, and you shouldn't equate challenging governments to wanting the government to fail.

"We are on the same side, against the same enemy – this is not an election, it is not a referendum, so you shouldn't criticise journalists for doing their job – it's what we are supposed to be doing."

Ofcom said in their statement: "Piers Morgan is well-known for his combative interviewing style and viewers would expect him to challenge senior politicians and hold them to account.

"His guests were given adequate opportunity to put their points across and counter the presenter's criticisms."

Mr Morgan has been off Good Morning Britain this week but will be returning to screens on Monday.