Harrowing pictures have emerged of the bloody scene outside a luxurious Balinese villa where a popular Australian DJ died in bizarre circumstances on Saturday night.

Adam Neat, who is best known as Adam Sky and was considered one of the best DJs in Asia, had raced to help his friend and staffer, Zoia Lukiantceva, who broke her leg when she fell four metres from their private pool area at the luxury Hillstone Villas Resort.

When Indonesian authorities arrived to a gruesome scene, they found Ms Lukiantceva with a broken leg – and Mr Neat dead in a pool of blood after suffering severe cuts to his arm.

Police say both were naked, and it is believed the pair had been drinking.

Pictures obtained by Nine News show shattered glass over a pool of blood, with blue curtains stained red behind the broken window. 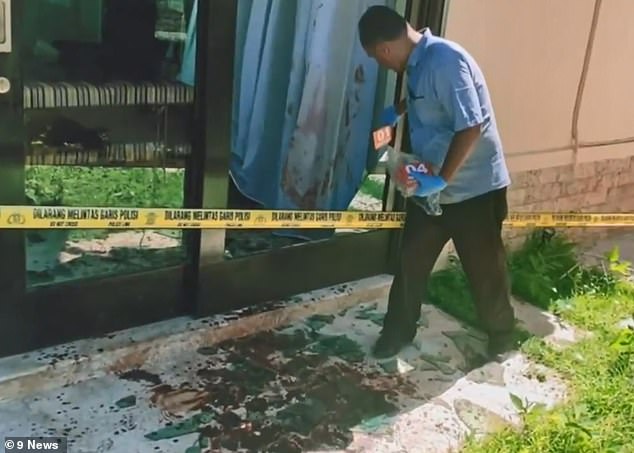 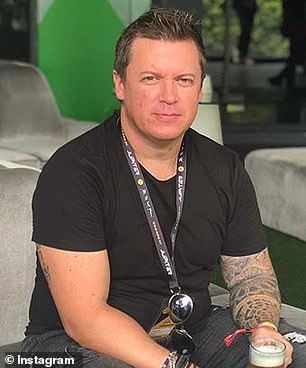 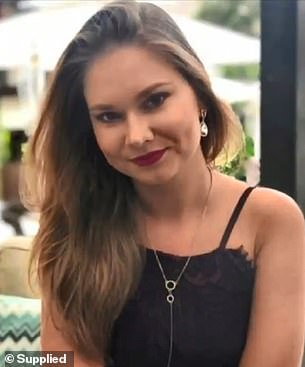 Adam Neat, best known as DJ Adam Sky (pictured) had been rushing to help his friend and staffer, Zoia Lukiantceva, who had fallen from a private pool area and broken her leg. Both were naked when they were found

His wife, Marvie, also shared a happy photograph of the pair together – but did not write a caption on the image.

Friends sharing their condolences in comments and encouraging her to stay strong amidst the devastation. The pair are believed to have been married since 2016.

While Mr Neat’s family are yet to publicly comment, a statement shared to his professional Facebook page confirmed the news to heartbroken fans and asked the family be given privacy.

‘It is with great regret that we can confirm Adam Neat was involved in a fatal accident while trying to help a friend who had suffered multiple fractures in Bali on Saturday 4th May 2019,’ the statement read.

‘Relatives and friends of Adam are travelling to Bali today and handling all arrangements.

‘We ask you to respect the families privacy at this moment while we all come to terms with our tragic loss.’ 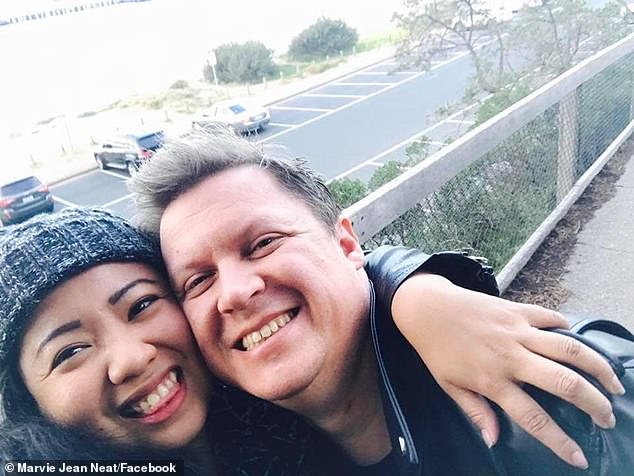 The Melbourne man’s wife, Marvie, shared a happy picture of the pair together just hours after his death as she grieved her husband 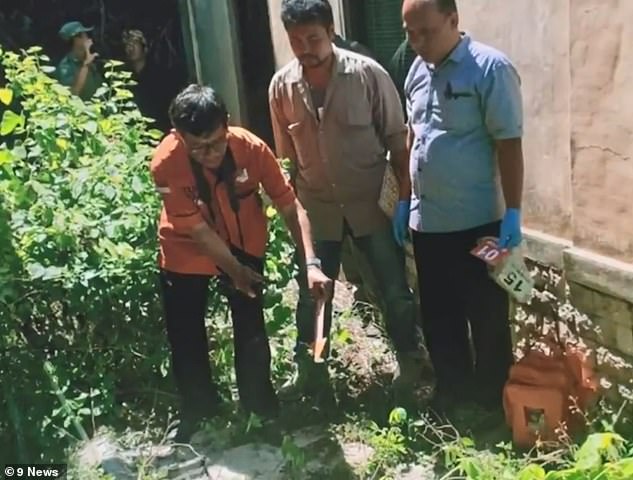 Mr Neat’s death was confirmed on his professional Facebook page, as friends and family asked for privacy (pictured are Balinese police investigating the scene where Mr Neat bled to death

Mr Neat, who was based in Singapore, was widely remembered as a friendly and down-to-earth person, despite the huge fame he enjoyed throughout Asia.

Sky was ranked as the third most popular DJ in Asia and amassed more Top 100 and Top 10 charted tracks than any other producer-DJ in Asia in recent times.

Hailed by JUICE Magazine Asia as the ‘rising Aussie superstar DJ’, Sky shared the stage with the likes of Fat Boy Slim, David Guetta, The Scissor Sisters and toured globally with Ministry of Sound.

He has a strong social media fan base with more than 905,000 Facebook followers.

Shocked fans and friends paid tribute online, with many remembering him as quick to help and encourage other DJs.

Another posted: ‘Truly lovable bloke and an exceptional talent . Will be missed by many friends , industry players and the audiences he entertained.’

One woman described the DJ as one of the kindest bosses she’s ever had. 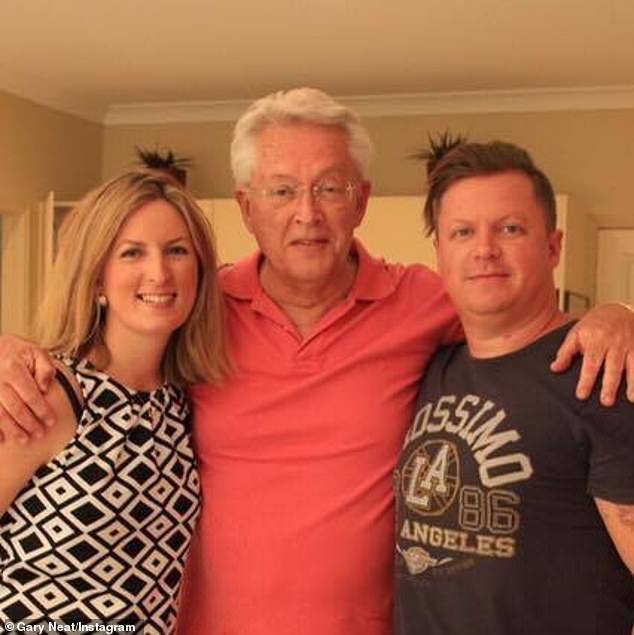 Mr Neat’s father Gary (centre, with the DJ pictured right), has flown to Bali, tasked with the devastating job of bringing his son’s body home