Video footage released Wednesday shows a Phoenix police officer risking his life to save a family from a burning home over the weekend.

Two officers were near 64th Avenue and McDowell Road Tuesday evening when they saw smoke and flames coming from the home, police said. 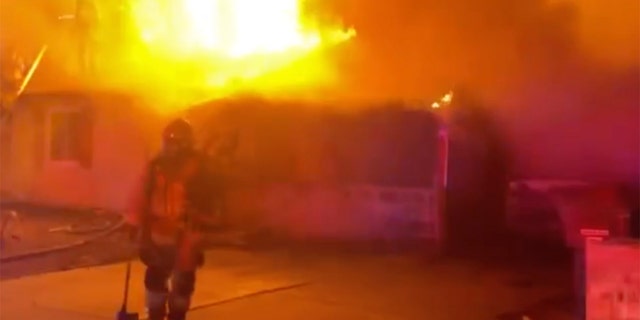 Footage released by police shows an officer pulling up in front of the house, kicking down a wooden fence, and running to save an 80-year-old woman, her daughter, and her four small children.

The officers can be seen using a ladder to help the family climb over the backyard fence. The video then cuts to the officers comforting the family.

“They’re all OK, that’s all that matters,” one of the officers can be heard saying.

Firefighters arrived on the scene and worked to extinguish the flames before they touched another house, News12 reported. 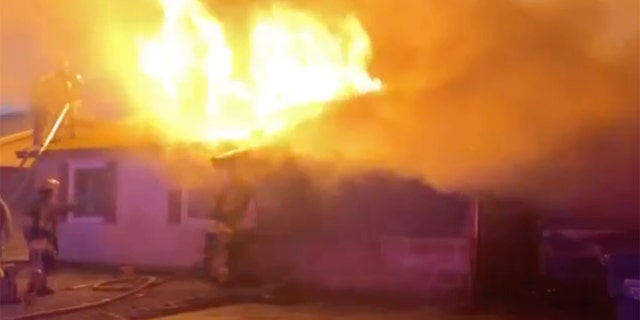 The 80-year-old Ruby Johnson-Smith told FOX 10 Wednesday that her daughter had first alerted her to the fire.

Neighbors credited the officers’ quick instincts for saving the family.

“There’s a crown for them,” Johnson-Smith said. “God is going to crown them for the help they did so much.”

No injuries were reported as a result of the fire. Investigators are looking into how the fire got started.