Makers of a powerful asthma drug that can trigger hallucinations, night terrors and suicidal thoughts could be forced to put prominent warnings on its products.

The Mail on Sunday revealed last week how one in eight children prescribed montelukast end up coming off the drug after suffering mental health problems – even though its psychiatric side effects are officially described as ‘rare’.

Now campaigners have convinced the powerful Food and Drug Administration (FDA) in America to consider forcing manufacturers to include ‘black box’ warnings of potential dangers on information leaflets that come with the tablets. If the FDA agrees, European and UK regulators are likely to follow. 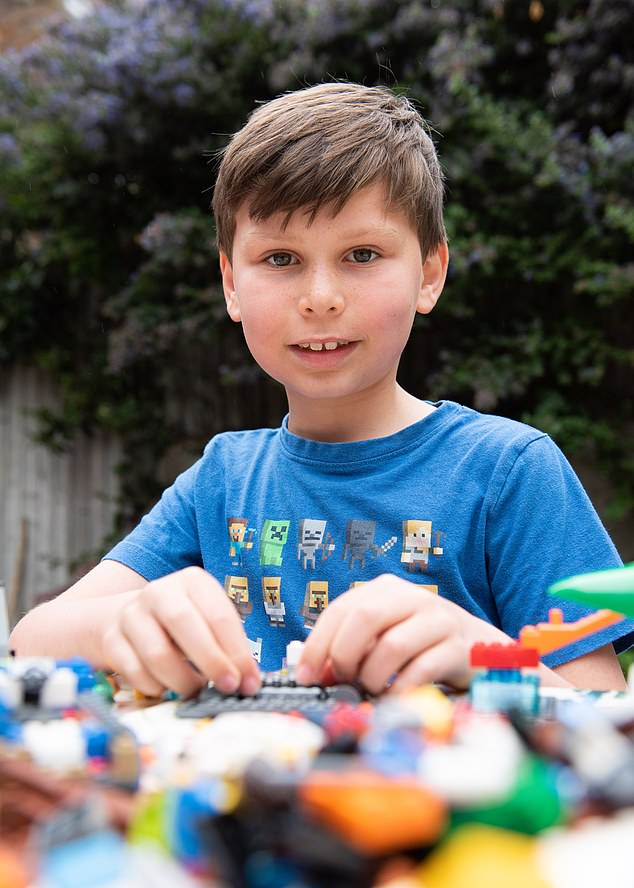 Oliver, nine, who has been prescribed Montelukan for his asthma, and has suffered terrible side-affects 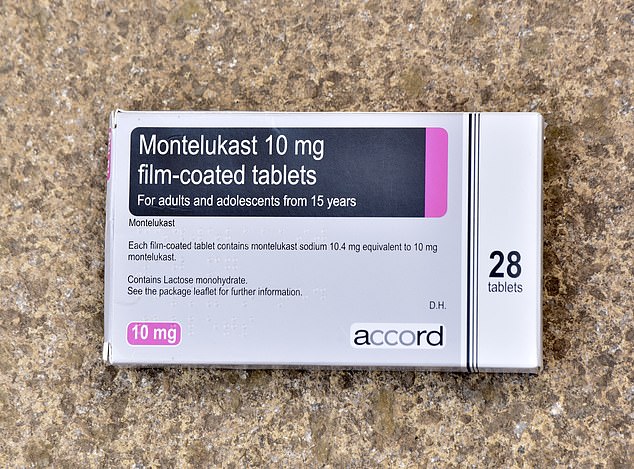 More families have came forward to describe their ordeal, including a mother whose daughter became ‘obsessed with death’, and a 35-year-old woman who endured gruesome hallucinations such as seeing a severed leg on her garden path.

Montelukast, also known by the brand name Singulair, is commonly used by asthmatics as an alternative to steroids taken through an inhaler. It was prescribed almost three million times in England last year and is effective at limiting potentially deadly asthma attacks.

However, there is growing concern at its impact on mental health, with worried parents setting up Facebook groups worldwide.

New York-based campaigner Laura Marotta, who began investigating the drug after her son Nicholas, 12, developed extreme anxiety and paranoia, said: ‘We are asking for a black box warning, the highest the FDA will ever issue.

‘This drug can do serious harm to some who take it, including children, and mums, dads and doctors need to know what they are dealing with.’

She has already met FDA officials and said a committee will meet in September to examine options. 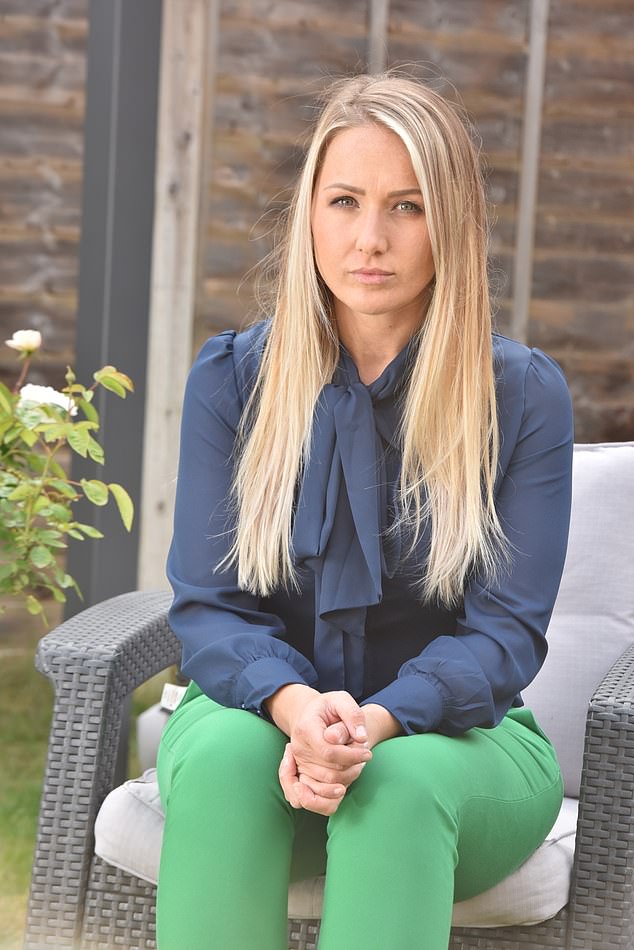 Joanna Benz, asthma sufferer, who has had extreme side-affects from prescribed drug Montelukast, including night terrors and hallucinations

Nightmares and pain were horrific

Joanna Benz was on montelukast for just two weeks, but she continues to suffer violent nightmares, grisly hallucinations and inexplicable suicidal ‘urges’.

The digital marketing specialist has an extreme form of respiratory illness called brittle asthma and was put on the drug last winter. Ms Benz, from Romsey, Hampshire, said the side effects were appalling, adding that she is ‘absolutely certain’ her hallucinations were caused by montelukast.

‘The nightmares – and that’s an understatement – began on day two,’ she said. ‘They’d go on for ages and I’d struggle to wake up from them.

Sometimes she would wake and immediately hallucinate, leaving her unable to distinguish reality from make-believe, and she suffered excruciating pain.

Ms Benz, a motorcycle enthusiast, says she is speaking out to give credence to the accounts of others, especially children, who might otherwise be ignored.

‘People often dismiss what children say because they can exaggerate or make up stories,’ she said. ‘But I’m a 35-year-old woman with no tendencies to exaggerate, and for me this drug is horrific.’

Dr Andy Whittamore, from the charity Asthma UK, said that ‘for most people, including children, montelukast is a safe and effective treatment’ and that parents should ‘speak to their GP or asthma nurse if they suspect their child is exhibiting unusual behaviours’ and demand a medication review.

The FDA confirmed montelukast was under review, saying it may take ‘regulatory action such as updating labelling, restricting the drug’s use or communicating new safety information to the public’.

The UK’s Medicines and Healthcare Products Regulatory Agency said work was under way to add a warning of possible psychiatric side effects to montelukast’s product information.

Parents can also report side effects via the MHRA’s ‘yellow card’ system.

Singulair manufacturer MSD said the drug had been ‘an important treatment option’ for 20 years. It added that patient safety was paramount and that side effects were outlined in the information leaflet. 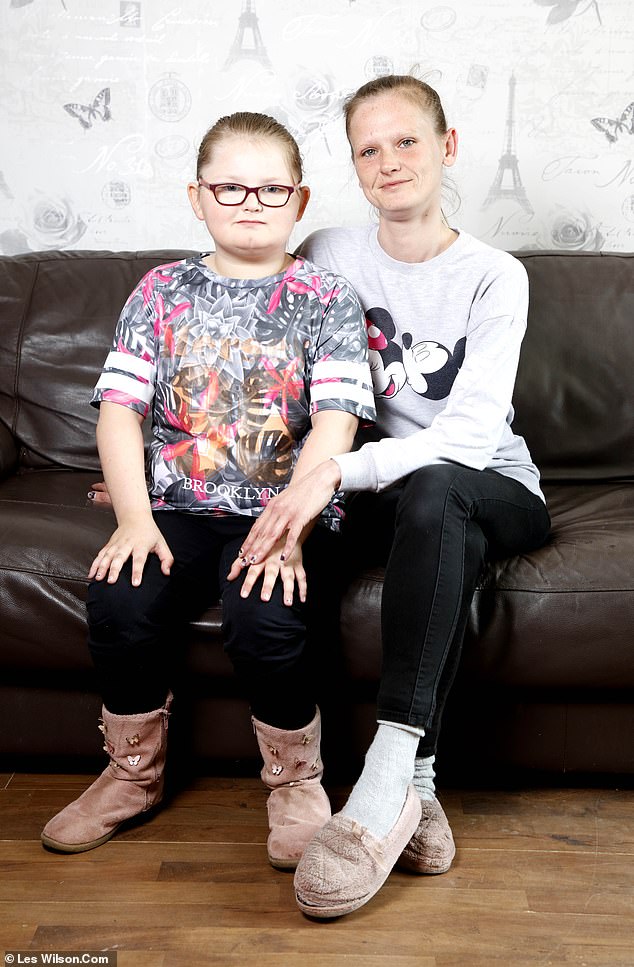 Haunted by shadows – and the fear his parents would be killed

Oliver, eight, is recovering after enduring hallucinations, crushing anxiety and obsessive compulsive traits while on montelukast, but like many, it took his parents a long time to discover the drug was behind his behaviour.

He was two when he was prescribed the drug after a severe asthma attack left him needing hospital treatment.

‘It worked really well for him,’ said his mother Lee, from South London, who asked for her surname to be withheld.

But problems began to emerge which Lee documented in her diary. ‘OMG – now afraid of the water heaters gushing into the pool,’ read one entry about her son who had previously loved swimming. ‘Didn’t sleep well Friday evening, didn’t like the “shadows” on his door,’ read another. Oliver came off montelukast aged four as his asthma improved. But he was put back on it early last year and by summer ‘he was having hallucinations,’ said Lee. ‘He could see things moving – a number on a sign would change. He’d say, “I hear voices that tell me if I don’t do things within a certain amount of time, mummy and daddy are going to be killed.” ’

Deeply concerned, Lee sought a referral to children’s mental health services but as they waited for their appointment, a doctor who heard about the symptoms took her aside and suggested Oliver come off montelukast.

‘Drug companies need to put a label on boxes saying “Look out for these signs”,’ Lee said. ‘This is a serious problem.’

Lily ran into traffic, saying: ‘My brain just told me to do it’

Lily Hodge has twice run out into traffic in disturbing incidents that her mother Kayleigh blames on montelukast.

The eight-year-old was first put on the drug four years ago. Kayleigh, from Newport in South Wales, said: ‘At first I thought, “This is a miracle drug – she’s running around like a normal child without coughing.” ’

But a darker side soon emerged. ‘Lily had been a happy, bubbly child, but she started having nightmares and becoming obsessed with death,’ said her mother, who only made the link when the dosage of montelukast was increased and the problem grew worse.

On one occasion, the youngster ran out into the road after seeing a stick and telling her mother: ‘That stick’s going to die if it gets run over.’

‘She pulled away from me, ran out and stood there in the busy road, crying and holding this stick. I asked Lily why she’d done it and she said, “My brain told me to do it.” ’

Worried Kayleigh searched online for montelukast side effects and Lily was taken off the drug in 2017.

After an initial ‘flare-up’ when she ran into the road for a second time, her symptoms have since reduced.