Ready for Anything: Elite paratroopers and Apache attack helicopters dominate the skies over Salisbury Plain in joint UK, US and French show of firepower

Paratroopers and helicopters dominated the skyline over Salisbury Plain this week in a demonstration of British, French and American firepower.

The exercise is intended to build up to a demanding simulated mission involving parachuting, rapid airlanding and air assault operations.

The 2 PARA Battlegroup is a 1,300-strong unit built around the paratroopers of Colchester-based 2nd Battalion The Parachute Regiment – whose motto is ‘Ready for Anything’ – supported by signallers, engineers, artillery, medics and logistics specialists from 16 Air Assault Brigade. 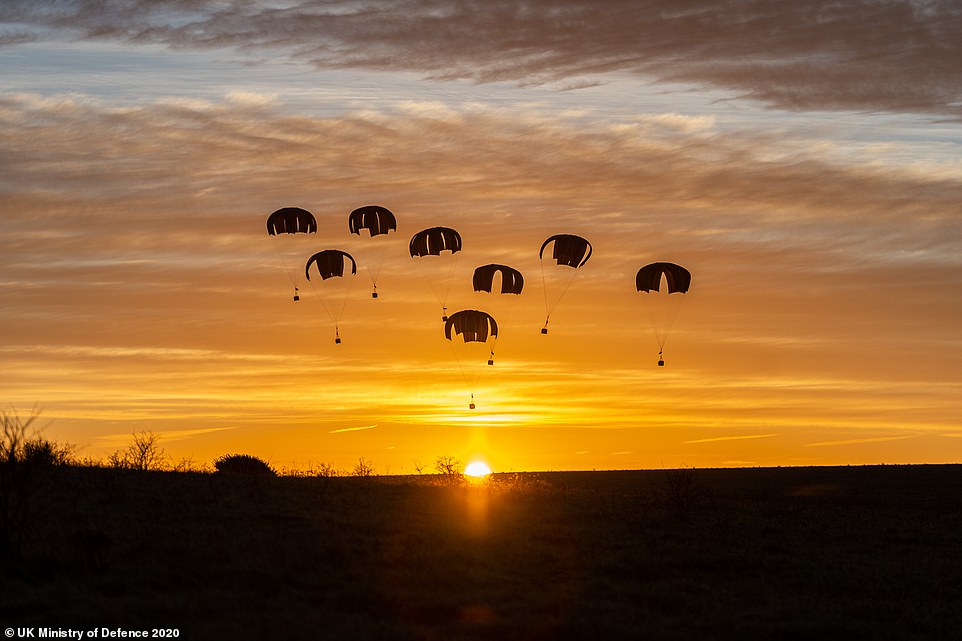 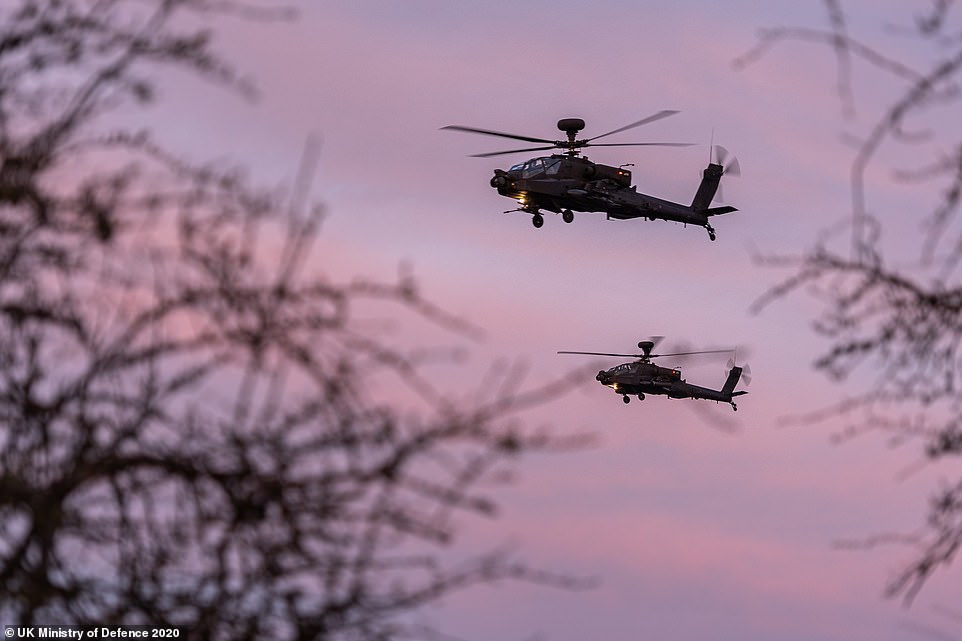 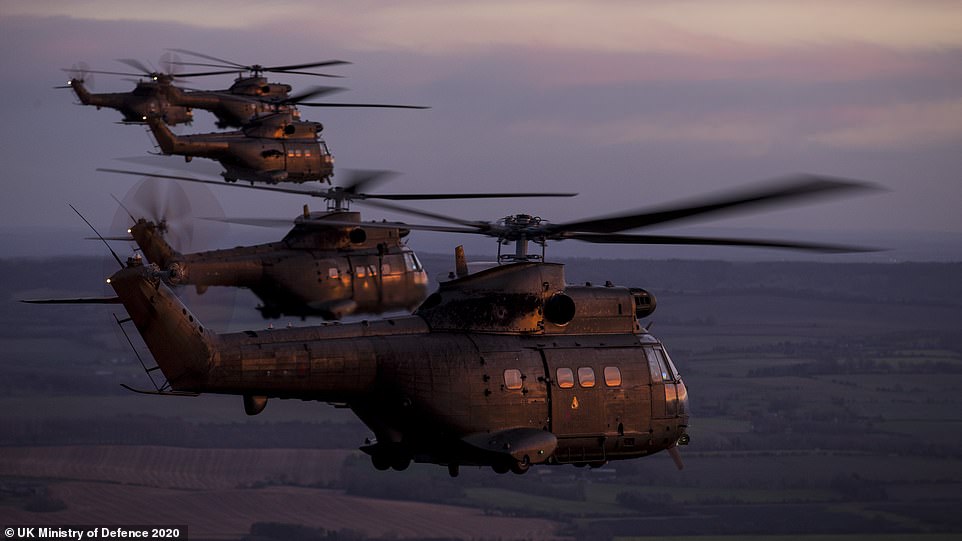 Formation of RAF Puma from 33 Sqn at RAF Benson. British, French and American paratroopers have given a powerful demonstration of how they can go side-by-side into battle by air 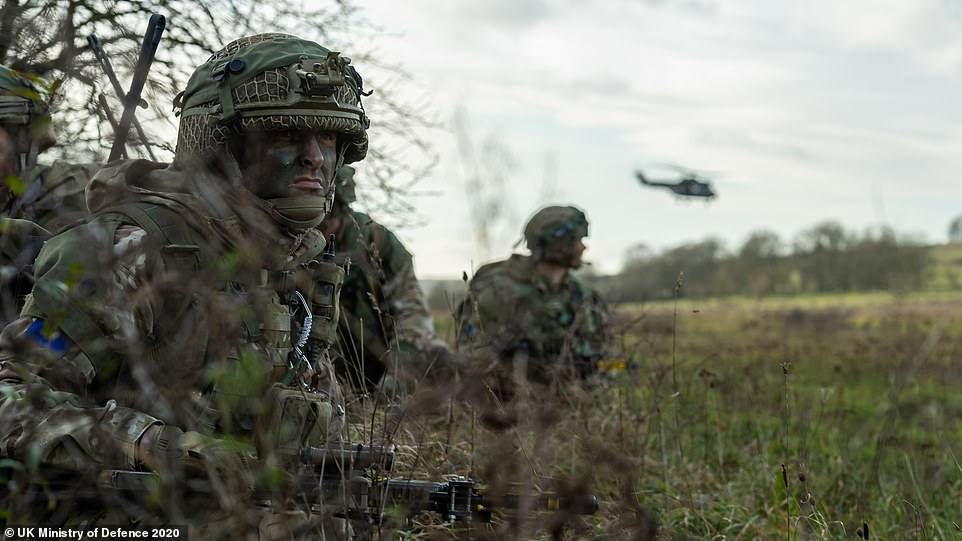 2 Para Regimental Sergeant Major watches on as his troops move into position, as his lift into battle moves off in the background 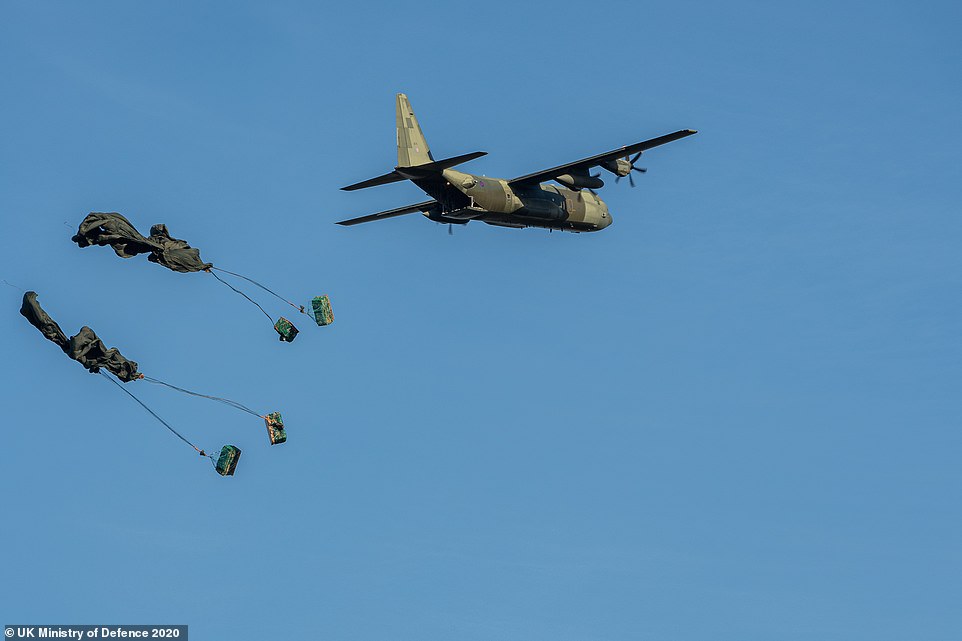 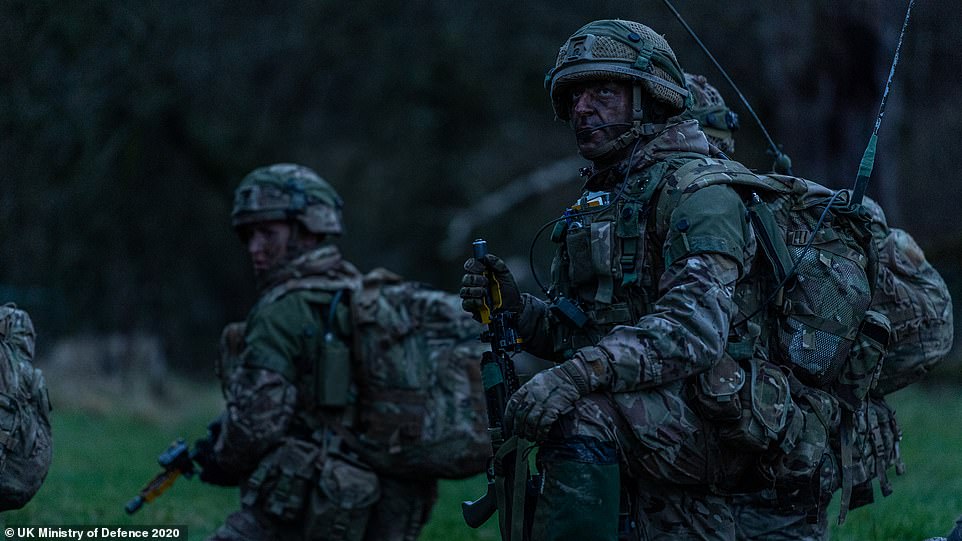 The battlegroup is training to be ready to deploy at short notice on operations around the world.

It includes a company of roughly 150 troops from the French 2e Régiment Etranger de Parachutistes and a 40-strong platoon from the US Army’s 2nd Battalion, 503rd Parachute Infantry Regiment.

The Army say their involvement is ‘about growing understanding of each other’s capabilities and tactics, to be able to operate together better on any future operations’.

The six-week manoeuvres, from November 2 to December 12, started with live-fire training for the French and US paratroopers to introduce them to British training procedures.

Wessex Storm is being carried out with strict protocols to manage the threat of coronavirus. 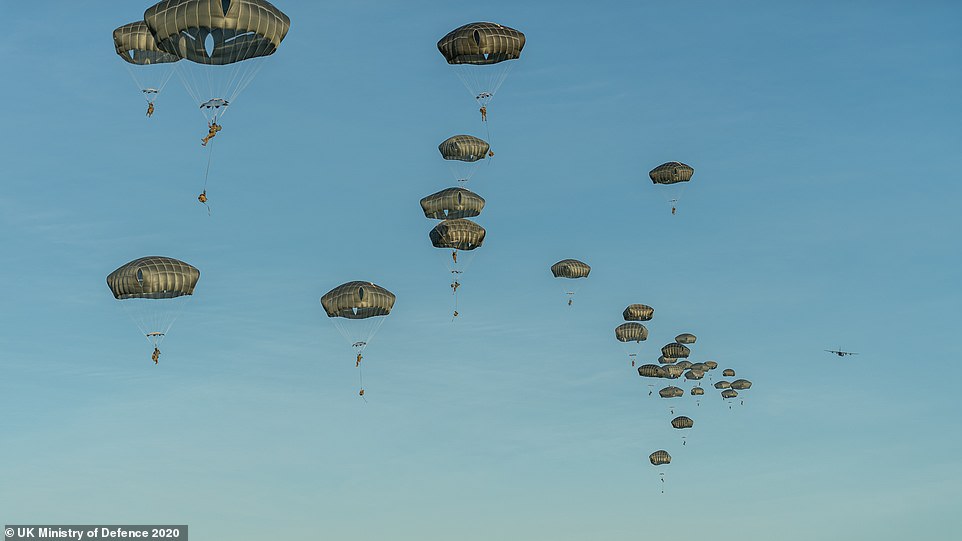 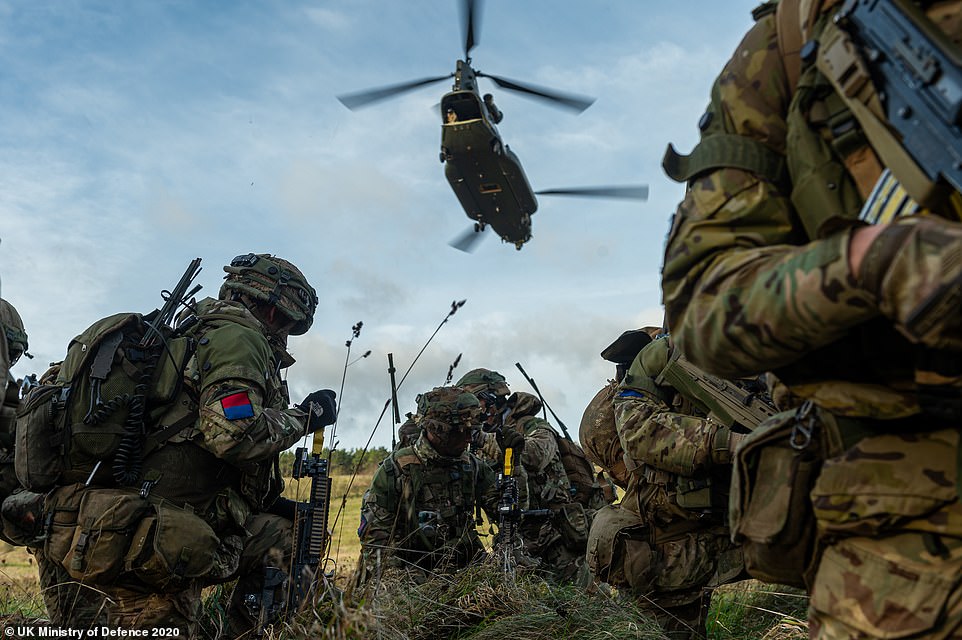 British and French troops arrive safely onto Salisbury Plain, after being delivered to battle by RAF Chinooks, during Exercise Wessex Storm