London: One person in 10 is mistaken about the identity of their father, genetic tests for hereditary illnesses are revealing, according to an NHS chief. 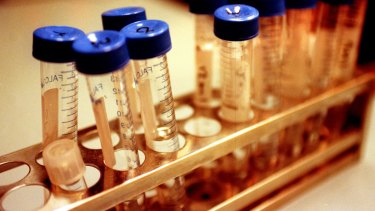 The era of genomic medicine is allowing doctors to screen rising numbers for preventative action against diseases such as cancer and Alzheimer's. About 220,000 such tests are carried out by the NHS in England and Scotland each year.

"But it is not without controversy," he warned. "If you look at people who have had genetic tests within families for reasons other than trying to work out paternity, for one in 10 people your dad isn't who you think it is."

He said this was the dilemma: "Are we going to tell people, 'that's not your dad' – or are we going to keep that information to ourselves? I don't think that would be acceptable ethically."

Some sites offer to reveal lineage, ancestry and long lost relatives simply by posting a saliva sample. The authority said it could also enable people to track down anonymous sperm and egg donors, or show a break in paternity.

As early as 2005 Liverpool University and health experts warned in the BMJ that genetic testing could throw up such issues. The NHS carries out family screening for genes that raise the risk of breast and ovarian cancer and genetic problems in pregnancy, among other issues.

In March Matt Hancock, the Health Secretary, called for genetic tests for common cancers and heart disease to be rolled out.

However, the tests have been criticised for causing stress, confusion and even fostering a kind of fatalism that would make people stop taking care of themselves.

Prof Mark Bellis, an author of the original 2005 study into non-paternity, said: "Despite genomics creeping into many aspects of health treatments and prevention, we seem to be choosing to ignore what it reveals about infidelity and paternity. There are still very few reliable figures on paternal discrepancy and consequently inadequate thought given to how to deal with it."