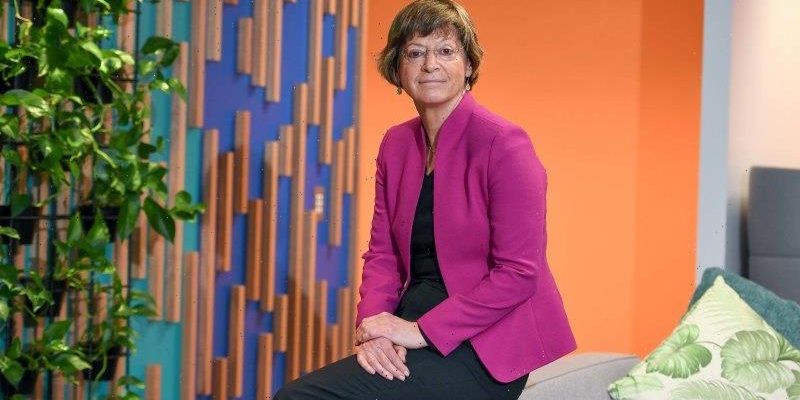 In late November 2019, Victorian Ombudsman Deborah Glass sat in the public gallery of Parliament House alongside survivors of child sexual abuse linked to the Puffing Billy steam railway. Her report, tabled a year earlier, had recommended an apology from the Victorian government.

“I could see the palpable impact of that on the lives of those people whose suffering had been validated,” she says. “That will stay with me forever.” 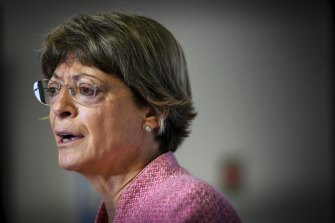 In a career that has taken her across the globe, from helping to reshape Hong Kong’s securities and futures markets after the 1987 crash to investigating an alleged cover-up following England’s 1989 Hillsborough stadium disaster, 61-year-old Glass has never lost sight of the human cost of corruption, cover-ups, obfuscation and error.

Since her return to Victoria in 2014 as the state’s Ombudsman, she has fought for justice for the victims of the state’s WorkCover scheme and defended the rights of the public housing towers residents in Flemington and North Melbourne who were forced into lockdown in July 2020.

“It’s those investigations, the ones that carry the human element,” she says. “The satisfaction that goes with them is immense.”

Glass has taken a more combative approach to the role of Ombudsman than those before her, proving she is unafraid to table blistering reports criticising the state government, local councils and public sector departments and agencies.

She says she has tried to approach what is essentially a bureacratic role with more humanity, including stories from real people in her reports into misconduct and mismanagement and advocating the importance of apologies as a way of delivering justice.

It’s for that reason that Glass is still insisting the state government apologise to public housing residents suddenly locked down in their North Melbourne and Flemington towers a year ago as the second wave of the COVID-19 outbreak spread across Melbourne. 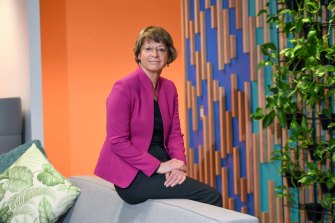 “There were times when I thought I was going to drown. It was that tough,” Deborah Glass says of her time with Britain’s Independent Police Complaints Commission.Credit:Joe Armao

Those 13 years dealing with complaints, corruption and death took a toll and ultimately brought her back to her home city as she sought a new job freeing her from late-night phone calls asking her to investigate another death in custody.

“There were times when I thought I was going to drown. It was that tough,” Glass says of her time with the commission – a job that earned her an Order of the British Empire (OBE).

“I am not sure how I got through … but what doesn’t kill you makes you stronger.

“There was no down time, you are on call if someone dies in police custody. You never go anywhere without your phone,” she said. “The stress levels there are off the scale.”

In 2012 Glass made the controversial decision to launch an investigation into police misconduct in the 1989 Hillsborough disaster, which saw 96 football fans die from crush injuries sustained during an FA Cup semi-final match at Sheffield’s Hillsborough Stadium. 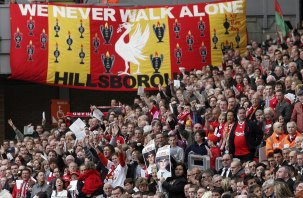 The investigation, 23 years after the event, led to police officers being charged with offences including manslaughter, misconduct and negligence over their actions during and after the disaster.

“There is no doubt that the work I did for the IPCC is, without doubt, the most challenging and difficult of my career,” she says. “It changed me as a person. It said something about the power of the individual and the importance of retaining your humanity when dealing with a crisis.

“We lose sight of the human element, we forget all too often that there are people involved.”

That focus on putting people first is what first lured Glass away from her job at a top Melbourne law firm in search of something more. “I had teenage ambitions to save the world,” she says. “I wanted to travel, I wanted to see the world.”

Raised in suburban Melbourne, Glass excelled at Mount Scopus College. The daughter of a doctor, she said hers was the sort of family where if you did well you pursued a career in law or medicine. She couldn’t stand the sight of blood, so she enrolled in Law at Monash University.

After graduating in the early 1980s she landed a job at a law firm but dreamt of a bigger life. As a young Jewish woman, with no interest in the AFL, she never felt like she truly fitted in.

“It was the mid-1980s, I’d grown up in the 1970s and Melbourne was a very white place and I never felt particularly connected,” she said. “When I left Australia it was on a one-way ticket and with a rucksack on my back and I swore I’d never come back.”

She landed in Europe, first in Italy and then Switzerland, travelling on the Swiss passport she inherited through her father’s father. She says she “sponged off relatives” until she saw an advertisement in an English-language newspaper for management trainees at investment bank CitiGroup.

From there she was sent to Hong Kong around the same time as the catastrophic stock market crash of October 1987. It prompted the Hong Kong government to set up an independent regulatory body responsible for the city’s securities and futures markets.

Glass describes this as a light-bulb moment in her life: “I realised that what I really wanted was to take what I had learnt about the financial markets and use that in the public interest.”

After almost a decade in financial services regulation and with Hong Kong handed back to China from British rule, Glass followed her then-husband to the United Kingdom in search of a new challenge.

Recruitment consultants recommended lucrative compliance roles with multinational companies, but Glass thought “I don’t want to do that. That’s not me, that’s not my values.”

Instead she took a small career break, taking on volunteering roles including reading with refugees and as a “lay visitor” at police stations to check on the treatment and welfare of people held in police custody.

“I gained an understanding of the pressures people were under and the balancing act to ensure people’s welfare. It developed into an interest in police-community relations.”

Returning to Australia in 2014, Glass was appointed as Victoria’s ombudsman for a 10-year term. Last year alone her office handled more than 45,000 complaints levelled at the state’s government departments, local councils, statutory bodies and their contractors.

With three years to go, Glass refuses to wind down. During a recent leadership meeting to mark seven years in the job she made it clear she would not spend the final 36 months “coasting along” and would instead look for opportunities to “step things up”.

Glass is also refusing to back away from her fight with the government over funding. She believes there is a growing hunger in the community for accountability which she attributes to a growing number of scandals without resolution. “I think it’s a genuine desire to see our elected officials held more firmly to account,” she says. “There are real questions about accountability and the public is not stupid.”

Glass says, somewhat tongue in cheek, that in her experience governments will fund their integrity agencies “as little as they can get away with”.

She claims the state government’s budget allocation fell about $2 million short of the $22 million spent by the ombudsman’s office last year.

“I am not prepared to wear too much of a reduction … Parliament has given me a job to do and I will do that job,” she says. “If there is too great a mismatch between what the government gives me and what the Parliament expects of me, I will run a deficit.”