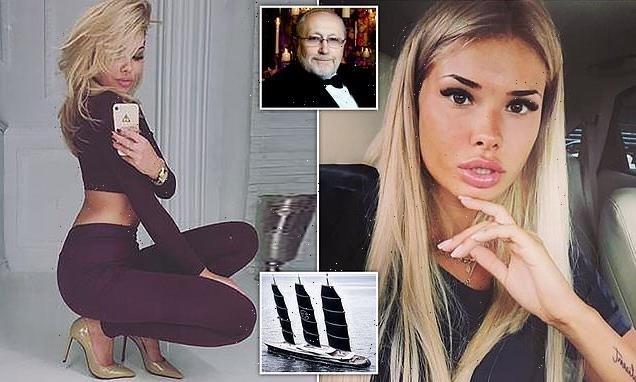 A Russian oligarch whose death sparked a family feud over his £3bn fortune may have to be exhumed as his glamorous mistress seeks to prove that he fathered her baby daughter.

‘Cement king’ Oleg Bourlakov, 72, died of Covid in June and his wife and sister are in a legal battle over a contested will, with his vast riches and an iconic 350ft solar-powered superyacht at stake.

Courts in London and Monaco are already considering the matter.

But now Boourlakov’s mistress, Sofia Shevtsova, 27, has joined the fray with a lawsuit of her own in St Petersburg seeking to prove her one-year-old daughter Nicole was his. 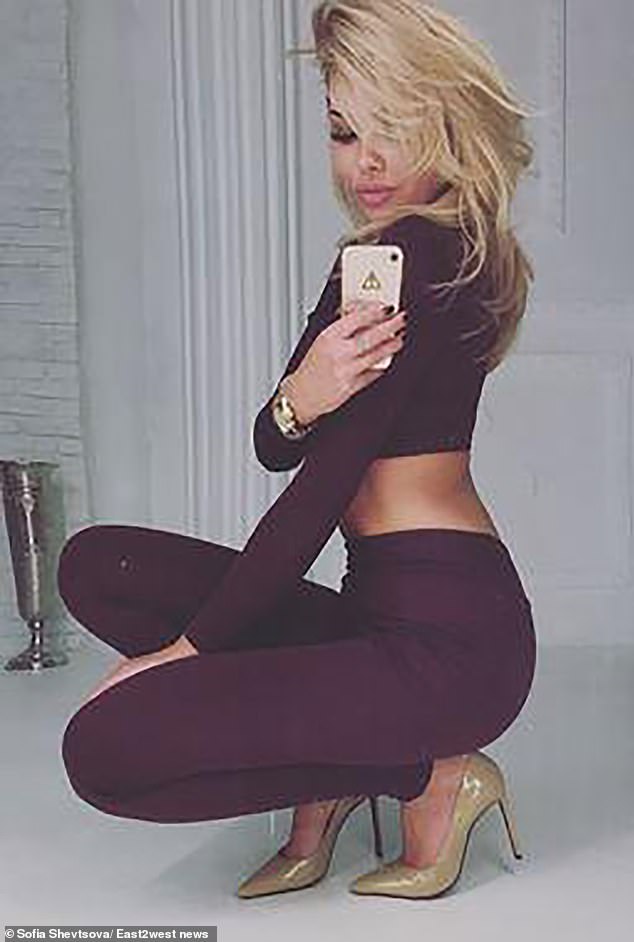 Sofia Shevtsova, 27, (pictured) has launched a lawsuit in St Petersburg to prove that ‘Cement king’ Oleg Bourlakov, 72, was tha father of her one-year-old daughter

Sofia’s action may lead to a demand to exhume his body in Canada as part of the paternity claim, say reports.

But there may be other legal applications to dig up Bourlakov’s remains to verify the cause of death, after claims his food had been spiked with arsenic.

Russian authorities were already investigating a 2018 failed assassination bid when he was targeted by gunfire in his Cadillac Escalade.

He had told state investigators he believed the incidents were linked to his divorce, according to respected business newspaper Kommersant.

Shevtsova is a graduate of one of Russia’s most prestigious universities – Moscow State Institute of International Relations, known as MGIMO, the top training school for spies and diplomats, according to her social media. 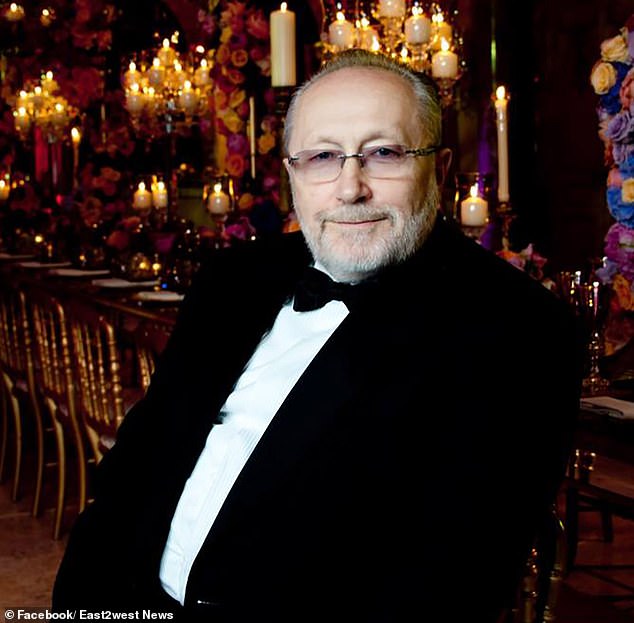 Bourlakov (pictured) died of Covid in June and his wife and sister are in a legal battle over a contested will, with his vast riches and an iconic 350ft solar-powered superyacht at stake

She met the billionaire when she funded her studies by working at a 5-star hotel in Moscow, and then joined the flight crew of his private jet, a Bombardier Global 5000, according to Russian accounts.

The relationship is reported to have infuriated Bourlakov’s Canada-based widow Loudmila, 70, the daughter of a top Soviet security apparatchik, and a divorce was underway but not completed when he died in Moscow’s elite Lapino clinic in Moscow before his body was flown to Toronto for burial.

Loudmila and the couple’s two daughters, Elena, 48, who lives in Canada, and London-based Veronica, 36, allege Loudmila was the victim of ‘fraud on an epic scale’ to swindle her out of a fair share of the fortune accrued during 47 years of marriage.

The estate includes £150 million super yacht Black Pearl named after the Pirates Of The Caribbean ship.

Bourlakov had sought to hide assets from his wife by claiming they were invested in a business partnership with his sister Vera’s husband Nikolai Kazakov, it is claimed. 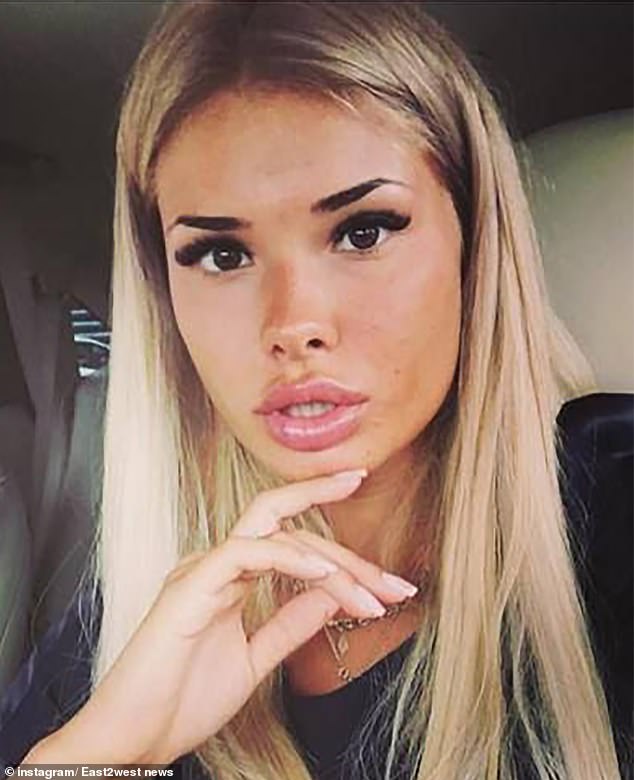 Sofia’s action may lead to a demand to exhume his body in Canada as part of the paternity claim, say reports

Loudmila had been the sole beneficiary of his will drawn up in 2004 but after his death a new will was allegedly found.

The High Court in London has been told a second handwritten will appeared leaving the entire estate including the Black Pearl yacht to the Kazakovs.

His wife and daughters are contesting the new will in court in Monaco, where Bourlakov also owned a £75 million house, arguing the document is ‘a forgery and/or invalid’.

The Kazakovs dispute this in London, claiming Loudmila is illicitly seeking alleged assets from the long marriage.

Bourlakov ‘contended until his death’ that his estranged wife along with her daughters had ‘defrauded’ him and the Kazakovs ‘in anticipation of the marital breakdown’, argued James Willan QC, representing the Kazakovs earlier this month.

She had gained control over assets worth billions for which she had been her husband’s nominee, it was claimed.

Bourlakov had not publicly acknowledged Shevtsova’s child as his before his death, according to Stanislav Danilov, lawyer for the immediate family of the deceased mogul.

‘He did not state himself as the father. On the birth certificate, he does not appear as the father, there is just empty space and the plaintiff doesn’t even try to hide this,’ he told Forbes Russia.

Despite this, the mistress – who was 45 years younger than Bourlakov – is due to go to court in Russia seeking to establish her daughter’s right for a share of the deceased magnate’s fortune.

Media observers in Moscow have watched the drama unfold with wry detachment. 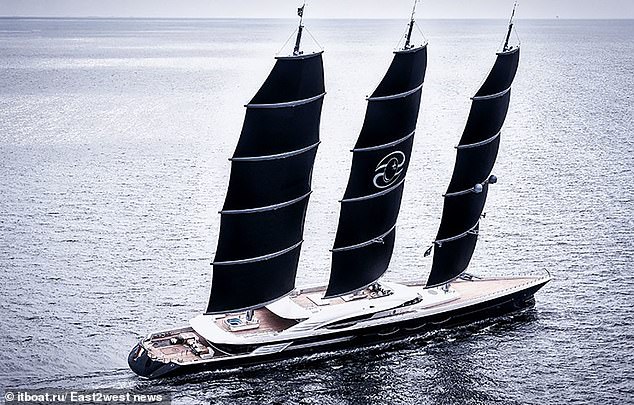 ‘How much Lyudmila Bourlakova was interested in her husband during his lifetime is difficult to judge – but in the fight for his body, she spared no effort,’ reported Russian news outlet Versia.

Describing a ‘funeral battle’ the publication added: ‘He did not keep in touch with his family.

‘Oleg Bourlakov moved his wife and two daughters to Canada back in the 1990s.’

This was after “unknown persons tried to kidnap them.

‘And in recent years, he had contacts with his wife mainly through lawyers.’ 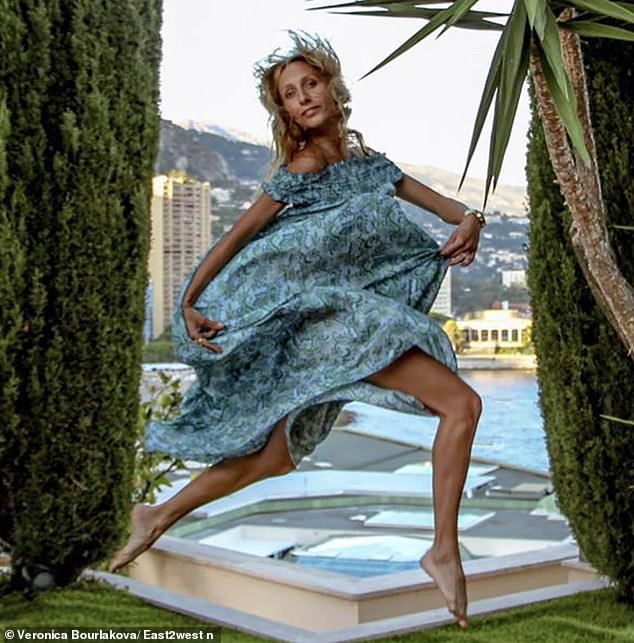 Bourlakov’s Canada-based widow Loudmila and the couple’s two daughters, Elena, 48, who lives in Canada, and London-based Veronica, 36, (pictured) allege Loudmila was the victim of ‘fraud on an epic scale’ to swindle her out of a fair share of the fortune accrued during 47 years of marriage

Versia said the dead billionaire’s sister Vera, 66, was in touch with Bourlakov as he lay on his death bed after contracting Covid-19.

According to Versia, there was even a battle between wife and the sister as to which of them should be responsible for burying the tycoon — and where.

In the end he was laid to rest in the North York district in Toronto, Canada.

A family statement in the wake of his death made no mention of strained relations with his wife, or the divorce proceedings she had initiated in Monaco, and hinted at foul play.

‘It is with deep sorrow that the Bourlakov family confirms the death of Oleg Bourlakov who passed away on 21st June 2021 in Moscow aged 72,’ it said. 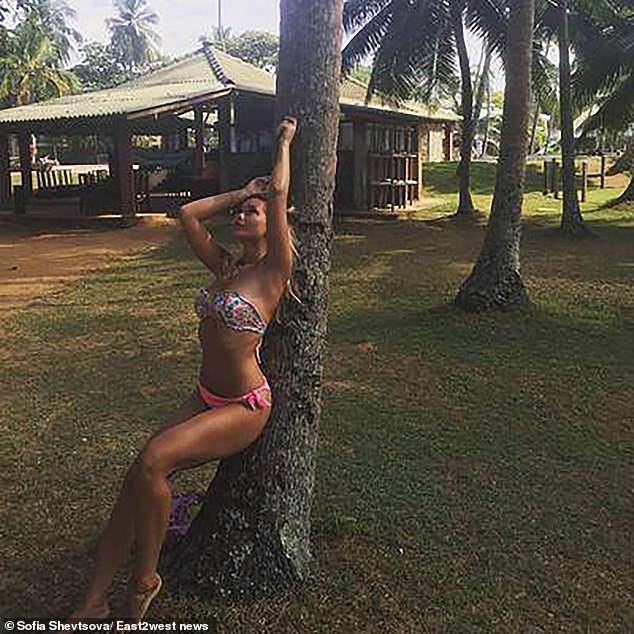 Shevtsova is a graduate of one of Russia’s most prestigious universities – Moscow State Institute of International Relations, known as MGIMO, the top training school for spies and diplomats, according to her social media

‘Oleg is survived by his wife Lyudmila and two daughters Veronica and Elena. The family are mourning his loss and ask for privacy at this very difficult time.’

It added: ‘It is the family’s sincere wish that an independent international expert establish the circumstances surrounding his death after what is believed to be a brief battle with Covid-19.’

Versia alluded to reports that three years ago when Bourlakov was in hospital traces of arsenic were found in his body.

It added: ‘It is not yet known how long the body of Oleg Burlakov will be able to rest in peace in a churchyard in North America. ‘Both the sister and the wife threatened to arrange an examination of the cause of his death.’

It stated that had the body remained in Russia ‘the grave would already have been opened in order to dig this story further’.

An obituary issued by the family stressed Loudmila’s role in amassing the family fortune.

‘The Bourlakovs were married for 48 years, during which time the couple together built a considerable fortune,’ it stated.

‘The couple’s ambition and business acumen enabled them to achieve success and build the family fortune.’

In London, Mr Justice Trower is expected to rule on whether Loudmila’s deceit and conspiracy claim against the Kazakovs and others can go ahead in London.

And the legitimacy of the 2019 will is due to be settled in the Monaco courts.