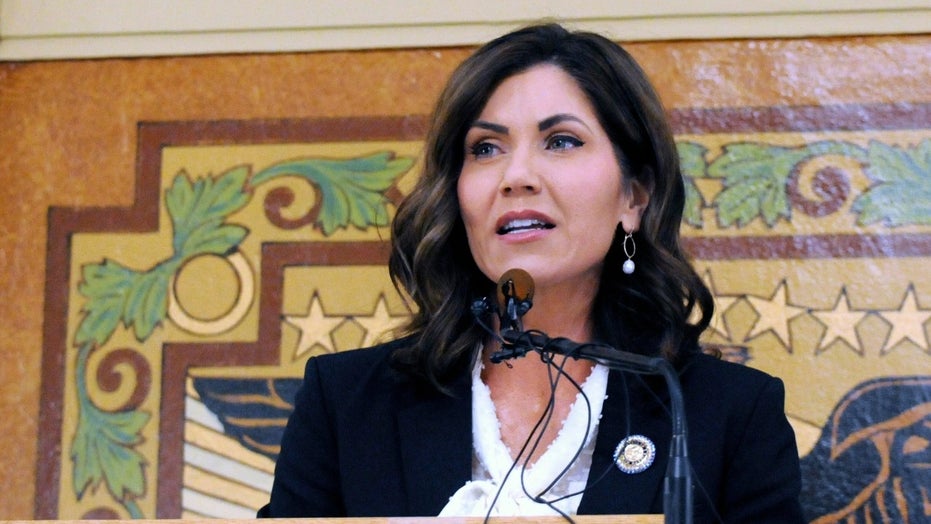 The Oglala Sioux Tribal Council has told South Dakota Republican Gov. Kristi Noem that she is not welcome on one of the largest reservations in the U.S.

The Native American tribe took action after Noem led efforts to pass a state law targeting demonstrations such as those in neighboring North Dakota that plagued the Dakota Access oil pipeline.

"I am hereby notifying you that you are not welcome to visit our homelands," Oglala Sioux President Julian Bear Runner said in a letter to Noem following a 17-0 Tribal Council vote on Wednesday approving the action. He told Noem if she ignores the directive "we will have no choice but to banish you" from the Pine Ridge reservation.

Banishment is a formal tribal process in which a person can be barred permanently from the reservation.

"The notion of banishment has not been considered by the Tribal Council," he said. "'The president just wanted to make the letter as clear as possible as to what the options might be."

Noem’s spokeswoman said in a statement Thursday that the governor was surprised by the tribe’s letter, The Washington Post reported.

"It's unfortunate that the governor was welcomed by Oglala Sioux's leadership when resources were needed during the storms, but communication has been cut off when she has tried to directly interact with members of the Pine Ridge community,” the statement read.

"The governor will continue working to engage with tribal members, stay in contact with tribal leadership, and maintain her efforts to build relationships with the tribes," spokeswoman Kristin Wileman said.

Legislation that Noem and GOP leaders pushed through in a matter of days in March allows officials to pursue money from demonstrators who engage in "riot boosting," or encouraging violence during a riot.

“My pipeline bills make clear that we will not let rioters control our economic development,” Noem said in a statement after she signed the bills.

Critics of the bill said the legislation stifle free speech and were created to stop protests. In 2016, protests against the Dakota Access pipeline in North Dakota began. The demonstrations resulted in 761 arrests and cost the state $38 million. The ACLU said they were suing Noem.

“We believe they chill free speech and they are therefore unconstitutional,” Courtney Bowie, the legal director for ACLU’s South Dakota chapter, told The Washington Post. “I don’t think anyone can accurately define what ‘riot boosting’ is … the law is completely unclear and that’s part of the problem.”

TransCanada’ Corp.’s planned Keystone XL pipeline would move Canadian crude through Montana and South Dakota to Nebraska, where it would connect with lines to Gulf Coast refineries. The $8 billion project is supported by President Trump but it is being fought in court. Days after Noem signed the legislation, Trump signed an executive order authorizing the construction of the pipeline.