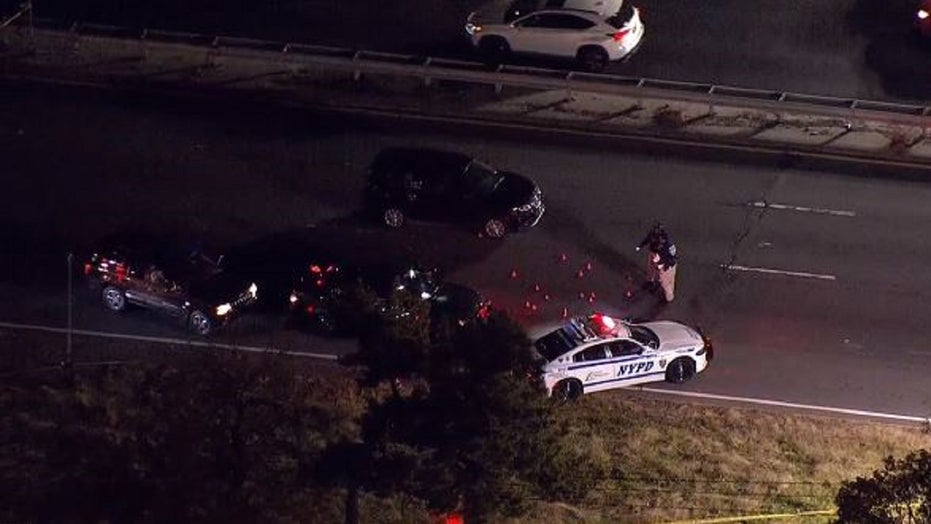 A 65-year-old man was fatally shot Thursday following a traffic stop on a busy New York City freeway at the start of rush hour traffic.

The incident occurred on the Belt Parkway in Brooklyn around 4 p.m., the New York Police Department told Fox News. An NYPD Highway Patrol officer pulled over a vehicle on the freeway when the man struck her vehicle, the New York Post reported, citing unnamed sources. 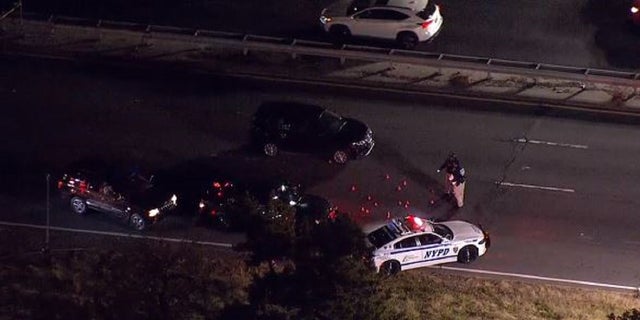 A man was killed by an NYPD officer on the Belt Parkway Thursday.
(WNYW)

The man allegedly had a gun and was shot by the officer as they got out of a vehicle, police said. Multiple gunshots can be heard in a video of the shooting posted on social media.

It was not immediately clear if the suspect fired the weapon. 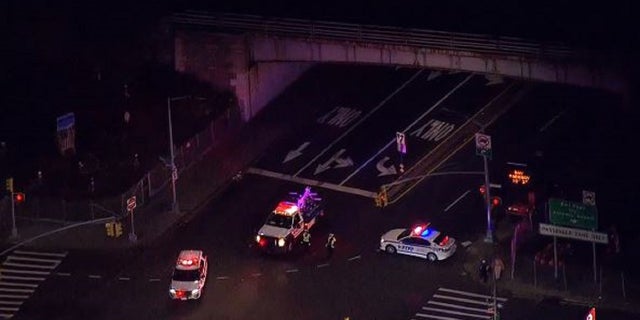 New York City police officers on the scene of a shooting in which a man was killed Thursday.
(WNYW)

Authorities said the suspect was struck in the leg and was taken to a hospital where he later died. 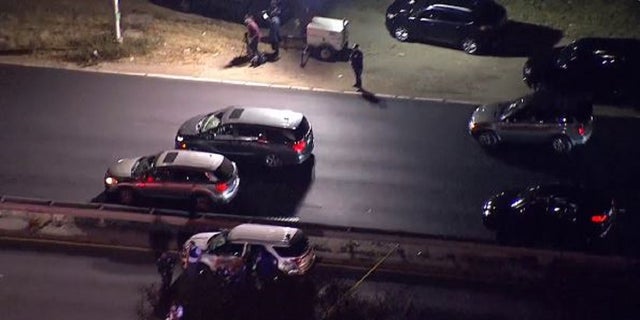 Traffic slows on the Belt Parkway as police investigating a fatal shooting on Thursday.
(WNYW)

One weapon was recovered and the freeway was closed at Cropsey Avenue, police said. The shooting came as violent crime in the city continues to spike. As of Sunday, there were 1,341 shootings across the five boroughs, compared to 1,328 last year, according to police data.