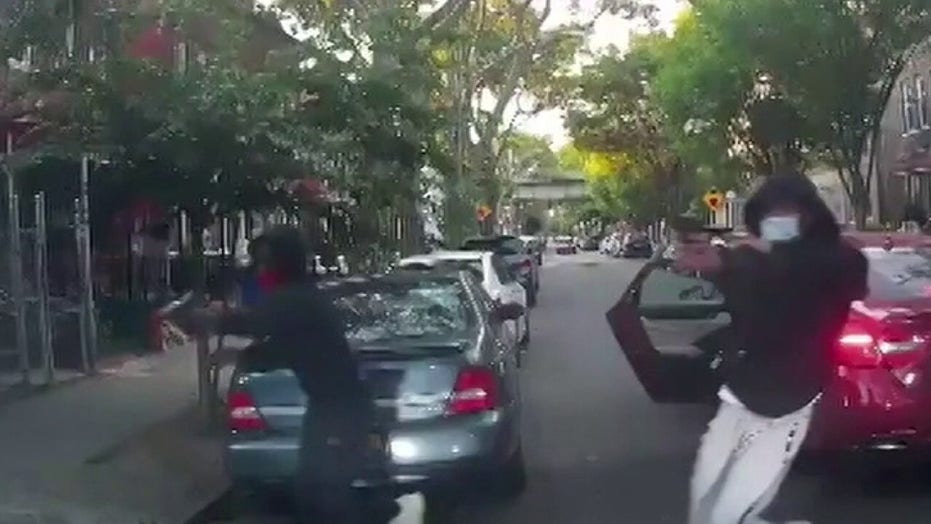 The 22-year-old man killed on a lower Manhattan subway station had been stabbed in the neck, according to police sources – as the NYPD on Sunday released a video of the long-haired suspect fleeing to another train.

The victim – identified by sources as Julio Cantero – was stabbed at least once in each leg and then also the neck, sources told The Post of the deadly encounter on the northbound J/Z train platform in the Chambers Street station, near City Hall, on Saturday afternoon.

He was rushed to a Beekman Downtown Hospital, where he was pronounced dead, cops said.

The long-haired suspect was caught on surveillance footage released by the NYPD early Sunday, repeatedly looking over his shoulder as he ran along a platform in the same station, his left hand in his pocket.

He is thought to have fled the deadly stabbing by running upstairs to the mezzanine level and boarding an uptown 4 train, sources said.

The NYPD described him as about 30, 5-foot-5 and 150 pounds, with long black hair, and wearing a brown hooded sweatshirt and blue jeans. No arrests have been made, police said.

This article first appeared in the New York Post.