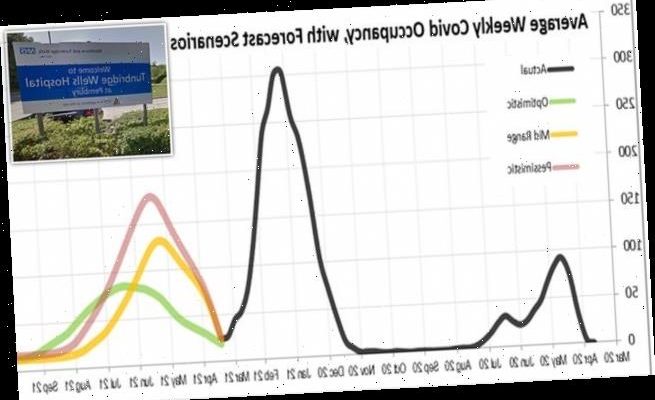 An NHS trust fears it could face a huge Covid surge this summer — and is preparing to treat as many infected patients as it did last April.

Maidstone and Tunbridge Wells, which was hit hard in the second wave, expects up to 100 beds to be occupied by coronavirus patients in mid-June under a ‘reasonably optimistic’ scenario.

But it warns this could double to 200 beds — more than a quarter of those available — if vaccine uptake is poor, hampered by supply issues or affected by new variants.

The trust, which runs two hospitals, saw 90 beds occupied by Covid patients in the peak of the first wave last spring.

But this spiralled to more than 300 during the darkest days of the second wave, after the more infectious Kent variant triggered a devastating outbreak.

The forecasts were based on modelling by local health chiefs. But NHS sources said similar plans made at other trusts were based on gloomy predictions from SAGE that there could be a third wave of hospitalisations later this year.

Experts have poked holes in SAGE’s forecasting, pointing out that coronaviruses are seasonal and spreads better in the winter. 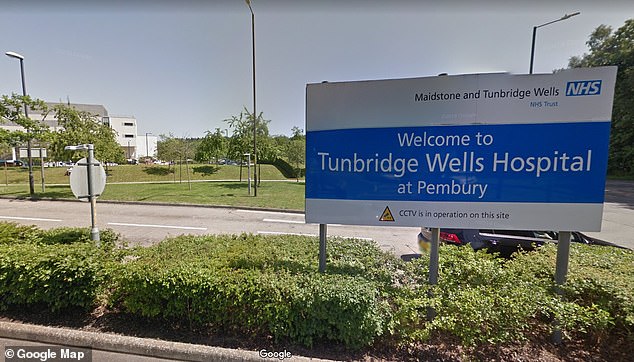 Research laying bare the toll of the condition revealed survivors were plagued with problems including breathlessness, fatigue and muscle pain.

University of Leicester experts, who quizzed 1,077 long-haulers, found two in five had reduced their workload or were off sick because of their persistent symptoms.

They also found evidence of organ damage in sufferers, and that those who required mechanical ventilation took longer to recover from long Covid.

Health Secretary Matt Hancock said he was ‘determined’ to improve care for Britons suffering the ‘lasting and debilitating’ impacts of Covid — which is estimated to have infected around 15million people in the UK.

Medics argue there is a ‘high probability’ of infections spiking in younger age groups when restrictions are relaxed over the coming months.

The successful jabs roll-out is expected to do much of the heavy lifting in preventing hospitalisations.

But a rise in admissions is still anticipated because no vaccine has ever been 100 per cent effective.

And not everyone will be protected, meaning the virus still has a pool of at-risk people that it could reach.

The Trust’s meeting minutes, revealed by the Health Service Journal, showed they estimated a peak in Covid hospitalisations in the summer.

‘With schools returning and public behaviour changing, infection levels have a high probability of starting to pick up again in the younger, less medically vulnerable populations,’ they said.

But the trust also predicts hospitalisations should start to tail off from June in its ‘optimistic scenario’ as the pandemic starts to ‘burn itself out’.

They said this would be because the percentage of the population protected against the virus, either from vaccination or prior infection, would hit the critical 70 to 75 per cent ‘herd immunity’ level.

Ministers are aiming to vaccinate every adult in the country — 52million people — by the end of July.

But their roll-out has hit a snag this week amid a blocked delivery of 5million doses from India, and EU threats of a vaccines export ban.

And as the clock ticks down to when second doses must be administered en masse, millions of jabs are being held back to ensure the NHS has adequate supplies.

It comes after it was revealed NHS hospitals in London had also been told to prepare for a ‘possible surge’ in Covid patients later this year.

Leaked guidance handed to trusts in the capital last month revealed they must begin to plan for a ‘possible wave three Covid surge’, according to the HSJ.

The presentation, from NHS England and NHS Improvement, added: ‘The purpose of the critical care de-surge plan (is to) ensure that the… bed base can be expanded safely in the event of a third Covid surge and/or other major incident/event.’

NHS sources claimed hospitals needed to be ready for every eventuality, including a further spike in Covid admissions.