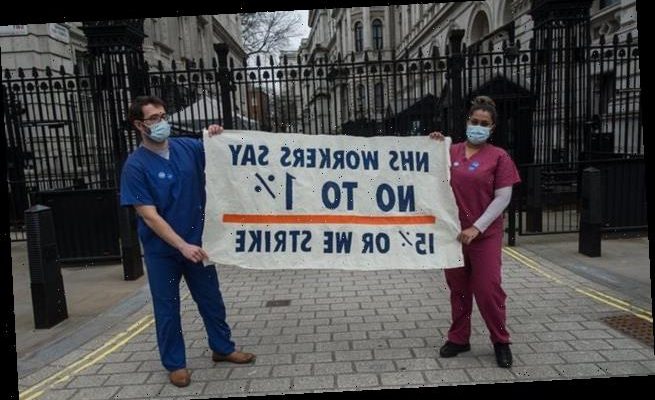 Nurses could be in line to get a 3 per cent pay rise, following a bitter row about the Government’s proposed 1 per cent deal that unions threatened to strike over.

In another potentially embarrassing U-turn for Number 10 during the pandemic, ministers are reportedly considering trebling their original offer.

The 1 per cent pay rise caused huge backlash, with a slow handclap protest taking place yesterday and workers threatening to strike if the offer is not amended.

Unions had been demanding a 12 per cent pay hike, but NHS England boss Sir Simon Stevens said a 2.1 per cent bump would be a fair deal.

But a Whitehall source told the Times that officials were contemplating rewarding nurses with even more cash, saying that an increase of 3 per cent was ‘realistic’.

The insider added that it was a matter of ‘when, not if’ the current offer is increased. Boris Johnson said an independent spending review body was looking into the deal.

Chancellor Rishi Sunak and Health Secretary Matt Hancock have defended the 1 per cent offer – which unions claimed works out at just £3.50 extra per week for a senior nurse – was ‘based on affordability’. 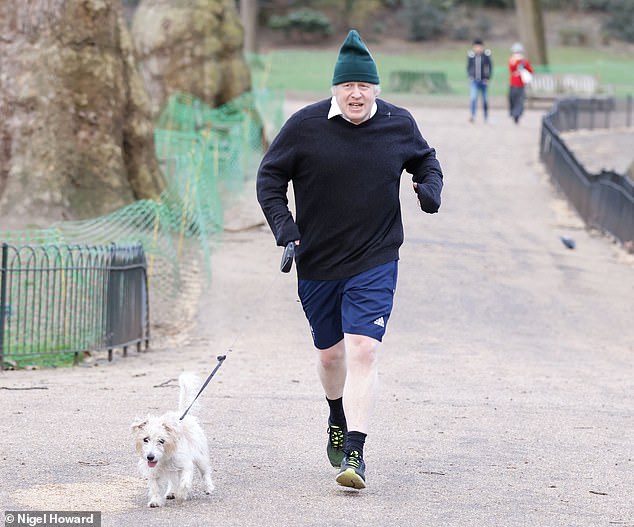 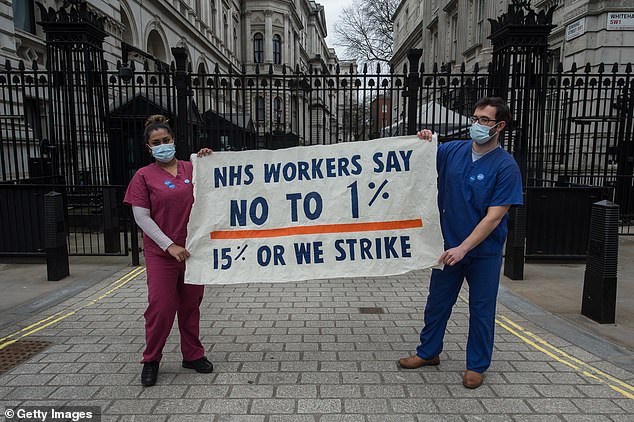 It comes after the Mail revealed last night that nurses were always going to be in line for a bigger pay rise than 1 per cent, due to previously-agreed Government deal.

Thousands of NHS staff were due to get a 1.7 per cent increase to their wages this year, in the last piece of a three-year pay deal that has already boosted salaries by 12 per cent.

Treatment for non-Covid conditions halved in January as the NHS was engulfed by coronavirus patients, figures revealed yesterday.

Cancer surgery plummeted to its lowest level in ten years – with operations to remove tumours down 23 per cent compared to the same time in 2020.

Meanwhile, heart operations and procedures fell by 39 per cent according to NHS performance data.

Hospitals were forced to cancel thousands of operations due to the second wave of Covid-19 that saw 100,000 patients admitted with the virus in January alone.

The NHS’s progress at clearing the backlog from the first wave went into reverse during the surge over winter – which pushed hospitals to a breaking point.

Macmillan Cancer Support raised alarm over another significant drop in referrals for treatment and cancer diagnosis in January on top of the enormous backlog.

There is frustration among some in Whitehall that Health Secretary Matt Hancock has failed to make it clear nurses will not get a real-terms pay cut, like Labour and unions have claimed.

‘No one can understand why the Department of Health presented this as a one per cent pay rise when it’s actually 1.7,’ a source said.

‘We are getting killed for giving nurses a real-terms pay cut, when it isn’t even true.’

A Department of Health source confirmed that NHS staff in the ‘Agenda for Change’ pay group, which includes most nurses, will get a 0.7 per cent rise this year.

That is in addition to whatever emerges from the current pay round, which is under discussion by the NHS Pay Review Body (NHSPRB).

The source denied the department had underplayed the fact, however, saying it was set out in its submission to the NHSPRB, and had been mentioned by Mr Hancock at a No 10 press conference.

The document published last week states: ‘We expect the total investment in AfC [Agenda for Change] in 2021/22 to be 1.7 per cent.’

It explains that the extra 0.7 per cent is an ‘overhang’ from the three-year deal agreed in 2018.

The pay structure is being streamlined for staff on bands five to seven – ranging from podiatrists to paramedics and therapists – and will put some staff at the top of the new pay points. This will create ‘significant pay increases’ of up to 12 per cent for some workers.

A separate group of the best-paid NHS staff in bands eight and nine, such as managers and chief nurses, are also due a final, as yet undecided, uplift from the three-year deal and ‘this represents an additional commitment on top of the 0.7 per cent overhang’.

Yesterday Labour made nurses’ pay the focus of its local elections campaign.

Opposition leader Sir Keir Starmer said nurses should get at least the 2.1 per cent pay rise that was originally budgeted for by the NHS for this year. And he refused to rule out joining NHS staff on picket lines if they strike over pay.

At the party’s local election launch, Sir Keir dodged questions about whether he would back such action. He said: ‘Nobody in the NHS wants to go on strike. As I say, my wife works in the NHS. They don’t want to go on strike.

‘The only thing that is causing this dispute is the Prime Minister and it’s what he does that is going to determine this.

‘I support them in their entitlement to a fair wage rise after what they’ve been through.’

Labour will attempt to put more pressure on Boris Johnson over the proposed pay offer today by launching a poster attacking his ‘moral failure’ on the issue.

In an echo of the current Covid ad campaign, the billboard depicts a nurse and reads: ‘Boris Johnson, look her in the eyes and tell her why you’re cutting her pay.’

The party also wants the PM to correct the record after he wrongly said Labour had voted against an NHS pay rise.