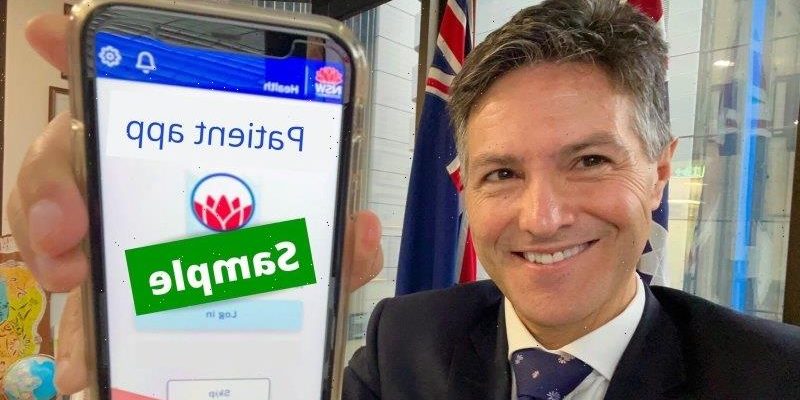 The Patient App, scheduled to be released by the middle of the year, will use data from NSW Health’s surveillance systems to tell the public which emergency rooms are busiest. 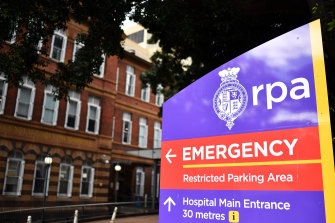 The first iteration of the app will contain data on waiting times as well as hospital parking availability, using the state government’s Park & Pay platform.

Emergency departments in NSW are under pressure as both COVID-19 and influenza create higher patient loads and rates of staff absenteeism. Last week, NSW Health secretary Susan Pearce asked the public to consider whether they definitely needed to attend an emergency department before setting off, due to longer waiting times.

“The app is designed to help you make an informed decision about where you go; will you drive to North Shore or Concord,” Dominello said. 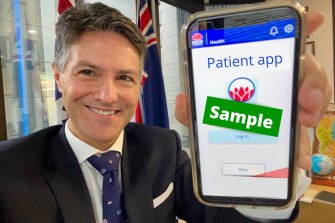 NSW Customer Service Minister Victor Dominello tweeted this picture of a prototype of the app.Credit:Twitter

After the initial release, the minister’s plans become more ambitious, with intentions to expand the app to become a booking platform for outpatient services. Discussions are under way with the federal Department of Health about including bookings for pharmacies, GP visits and even allowing people to upload patient data from their MyHealth record to the app by the end of the year.

A planned third iteration of the app will pull data from wearable devices, such as smartwatches, to store collected information about a person’s exercise and sleep habits.

While an emergency department smartphone app is not a new concept – Western Australia first launched one in 2016 and the ACT Health app also provides waiting times – Dominello said expanding the product to include personal data, which he stressed would be “all opt-in”, was necessary in the Web 3 world.

“In autocracies, the state gobbles up all the power it can. In Web 3, people are empowered to control their data. It builds strength in our democracy,” the minister, who described himself as a “big believer in Web 3″, said.

Web 3 refers to a recent focus on decentralising ownership of the web – in contrast to the current internet, Web 2, which is dominated by large companies such as Google and Facebook – and is often associated with blockchain technology.

Dr Clare Skinner, president of the Australasian College for Emergency Medicine and a staff specialist at Hornsby Hospital, welcomed the accessibility of transparent data, but was concerned the app would encourage unwell people to travel to hospitals far from their local area, which can complicate follow-up care.

“ED is about far more than waiting times, and it would be better to resource it to provide better care wherever someone lives,” she said.

There is also an issue with what data would be displayed by these apps, she said, adding the number of emergency department presentations can change significantly over a couple of hours. In addition, the publicly available emergency department data – which has been published on a NSW Health website for over a decade – only captures the number of patients assessed by a triage nurse and waiting for treatment.

“Someone might come up to triage with the app and say ‘hey, there’s only three people waiting here, why is this taking so long’, but there are actually 30 people here, they are just not captured as ‘waiting for treatment’ in the app,” she said.

Patients presenting to emergency departments will always be treated according to their clinical emergency, a NSW Health spokesperson said, asking people who were “uncertain” about whether they should visit a GP or emergency to visit the Healthdirect website or call 1800 022 222.

“You should only call triple zero in an emergency,” they added.