Sources: #Padres and #Nationals have agreed in principle on a Juan Soto trade, with Josh Bell also going to San Diego. @[email protected]

With the blockbuster deal, Padres executive A.J. Preller adds two of the best hitters available and sets up the potential for a Soto-Manny Machado-Fernando Tatis Jr. lineup combo for at least three playoff runs. Going back to the Nationals is a trove of young players and prospects. The package involves young shortstop CJ Abrams and starting pitcher MacKenzie Gore, who has impressed as a rookie this season. Also included are top prospect Robert Hassell III, rising prospect James Wood and and several others.

One other major leaguer is involved. Multiple reports indicate that will be first baseman Eric Hosmer, who has three years and $39 million left on his contract after this season.

Hosmer, who has a limited no-trade clause, reportedly needs to approve the deal. That typically involves working out some sort of compensation for the player to agree. Both Hosmer and Soto are represented by Scott Boras.

The package going back to Washington for Juan Soto and Josh Bell, sources tell ESPN:

That’s the only holdup right now to the agreed-upon deal.

Those young players will be part of a full rebuilding project in Washington, while Soto will head to a team fully planning to use him for a playoff run this year, and potentially for a decade-plus. The deal ends a saga played in fast forward that saw Soto go from untouchable franchise face to the trade block to “member of the San Diego Padres” in less than a month.

A 23-year-old hitting demigod whose only real forebear is Ted Williams will now go play in the Splendid Splinter’s hometown.

With Soto now in another uniform, the new question is how long he will stay in that uniform.

Soto has 2 1/2 years of team control remaining, then hits free agency after the 2024 season. He has already turned down a 15-year, $440 million extension offer from the Nationals that would have been the biggest contract in MLB history by total money, though the $29.3 million average annual value was below what his elite MLB peers are making.

The Nationals offloaded Soto because they didn’t think they would be able to keep him long-term, and now it’s up to Preller and the Padres to handle the same issue. With Scott Boras as his agent, it seems very possible Soto waits to hit the open market before deciding his future.

Driving all the Soto speculation is the plain fact that few, if any, MLB players have hit the trade market with a resume like Soto’s at an age like Soto’s.

In five MLB seasons, Soto has hit .291/.427/.538 with 119 homers, a clip unheard of from a player his age this millennium. His plate discipline is elite of elite, and he has found his power enough to win this year’s Home Run Derby.

Add in his big-time hitting in Washington’s 2019 playoff run, and you have a guy with virtually zero red flags, and historic potential.

This season has been an off year for Soto, but even though he’s hitting below .250, his 158 OPS+ — a park-adjusted measure of overall offensive performance — is still among the best in MLB. Players like this come around once in a generation, and pretty much all of them end up hearing their names called in Cooperstown (barring extenuating circumstances).

The only question with Soto is just how much better can he get.

How the Nationals ended up trading Juan Soto

Rewind all the way back to 2019. The Washington Nationals are World Series champions. They may no longer have Bryce Harper, but they still have a collection of All-Stars like Max Scherzer, Anthony Rendon, Stephen Strasburg, Trea Turner, Patrick Corbin and, of course, Soto.

Soto was 20 years old that season and already an elite hitter. Any MLB club serious about contending would want him on their team, and it would make sense for the Nationals to do everything they could to sign him for the long term. So why are they trading him?

Well, short answer, the Nationals have been a disaster since hoisting that trophy. Rendon left in free agency. Strasburg returned on a new contract but has made eight starts since then and is now dealing with thoracic outlet syndrome, often a death knell for pitchers. Corbin has become arguably the worst starting pitcher in the league. The team was bad enough it traded Scherzer and Turner at last year’s deadline rather than try to keep them in free agency.

Meanwhile, no homegrown stars have emerged to pick up the slack, as the Nationals have whiffed on pretty much every first-round draft pick from 2013 to 2019. 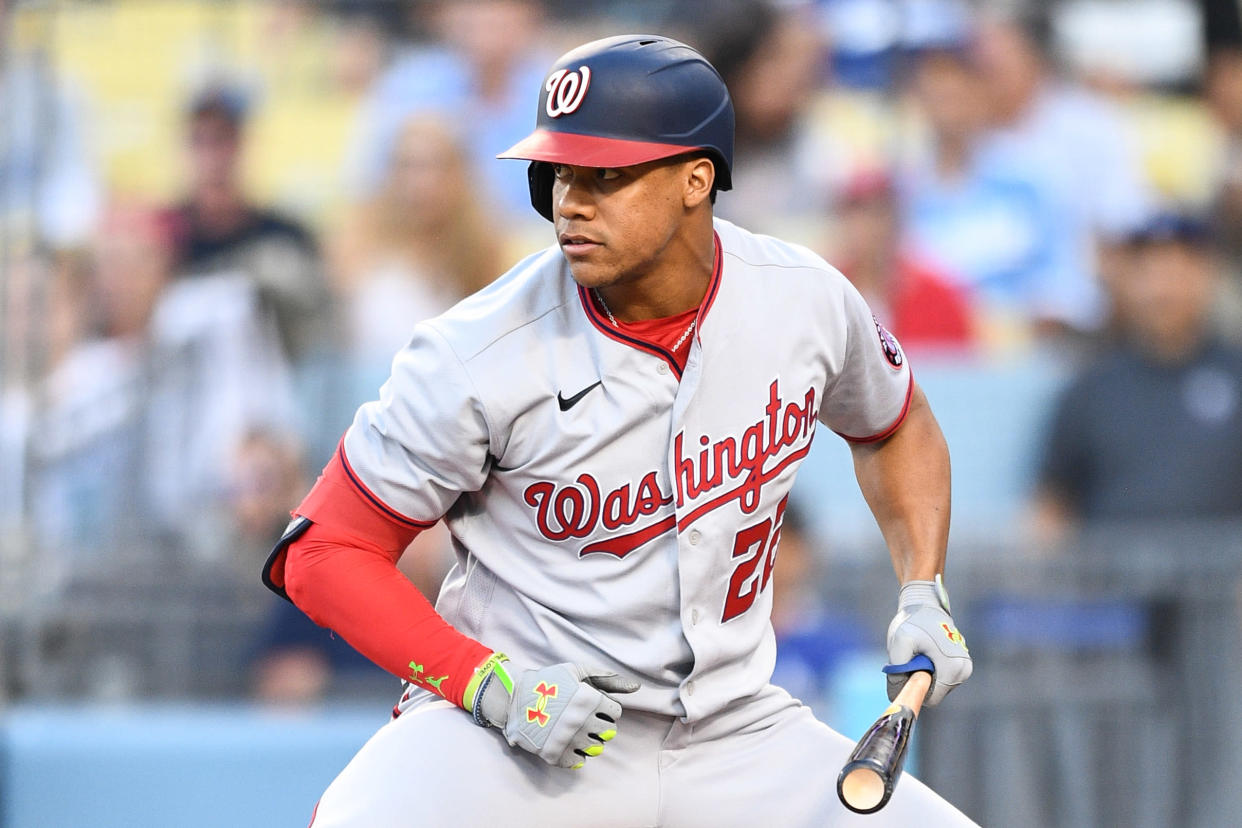 So the trade speculation was unavoidable for Soto this season once the Nationals again looked like a dumpster fire. Things kicked into overdrive when Soto turned down that $440 million contract last month, and now he’s headed to a new team, because his old one didn’t want to meet his price and benefited little from having him in the short term.