A HEARTBROKEN mum says her kids were left in tears after callous thieves broke in and stole all their presents – ruining Christmas.

Samantha Headland and her children had excitedly wrapped gifts ready to be put under the tree for loved ones when Grinch burglars ransacked the lot from their Nottinghamshire home. 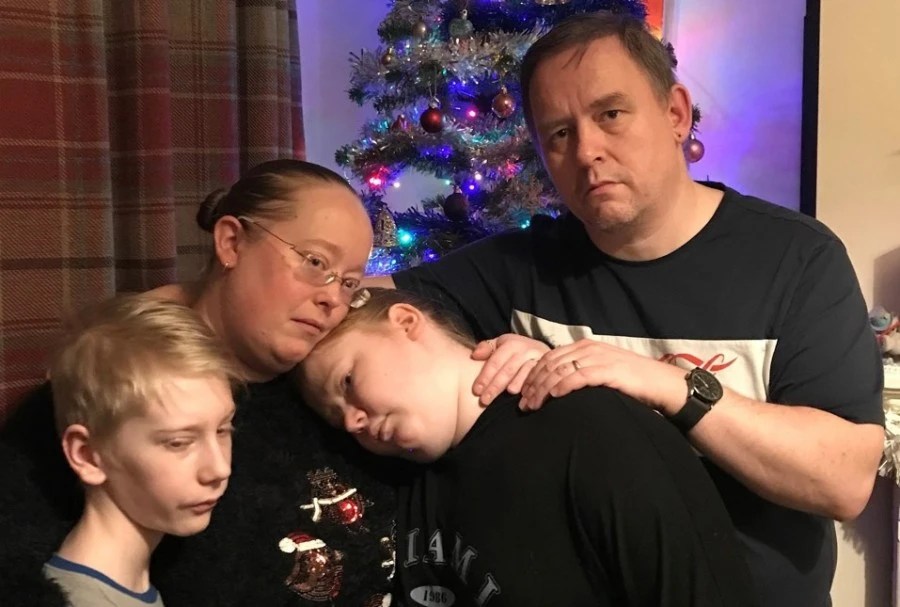 The distraught mum, from Worksop, says the thieves swiped every last present as well as jewellery, cash and even lateral flow tests and a half drunk bottle of alcohol.

Ms Headland says it's left her kids, aged 11 and 12, constantly upset and scared to be in their own home.

"How could they ruin our Christmas for our kids and invade our home like this?" the 36-year-old told NottinghamshireLive.

“Even the Grinch stole Christmas but at least he brought it back.

“It’s so heartbreaking and it’s more the fact that they’ve stolen the children’s presents and now they don’t have anything to open. That’s what makes me more upset compared to everything.

“You can replace presents but you can’t replace the surprises and the children opening the presents.

Woman jailed for having cocaine-fuelled sex with an Alsatian

“The kids have been crying and have been really quiet and keep getting upset and were scared and stayed up later with me.”

Ms Headland says the heard burglars in the family's home in the early hours of Tuesday morning.

“I got up to go to the toilet at around 2.50am and heard whispering and thought it was my children up. I knew it wasn’t my fiancé as he was working nights so it was just me and my children at home," she told the outlet.

“I said 'hello' and heard someone knocking about and bumping into things and after saying 'hello' I just heard them swear and then two people ran by the bottom of the stairs out the back.

“We never put the presents under the tree either until Christmas Eve evening when the kids have gone to bed so they can wake up in the morning and see them all there.

“The presents weren’t just for my family but for my mum, my partner's mum, our sisters and brothers-in-law and nephews and then obviously included presents for my daughter and son."

Police are now urging people to come forward with information about the burglary.

Superintendent Kevin Broadhead, of Nottinghamshire Police, said: “These children have been left without any presents to open on Christmas day after their parents worked so hard to buy them and carefully wrapped them ready to surprise them on Christmas day.

“No child should be without presents to open on the most special and festive day of the year and for this to happen so close to Christmas it’s incredibly sad.

“People should feel safe in their own homes and go to sleep without having to worry about their homes being broken into.

“Burglaries are a complete invasion into someone’s home and not only have a financial impact but an emotional one too.

“Our officers are working hard to conduct a number of enquiries into this incident, and we are urging anyone who may have any information to come forward to help us with our enquiries.”

Anyone with information is urged to call the police on 101, quoting incident number 37 of December 21.

It comes after families stopped putting presents under their Christmas trees out of fear Scrooge burglars will swipe them amid a spate of midnight break-ins.

Homeowners living on the outskirts of Coventry, West Midlands, have been repeatedly targeted by thieves out to dampen the festive spirit – with one street suffering six burglaries in just one week.