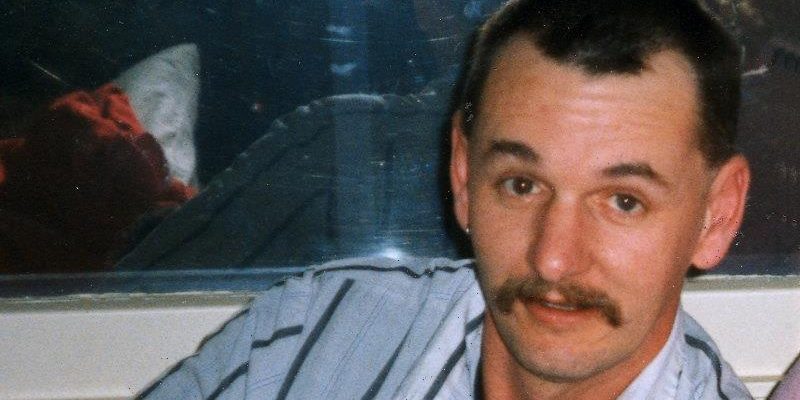 Peter James Knight was armed for a massacre when he walked into the East Melbourne Fertility Control Clinic.

Knight quietly slipped into the reception through the main doors at a time when the clinic’s security guard would have normally finished his shift. But the guard, Steve Rogers, had stayed late, stopping for a chat with staff before he left for the day. 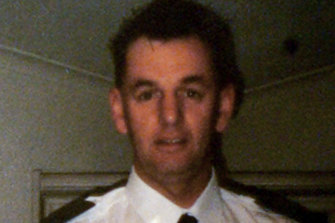 Steve Rogers murder became one of the catalysts for Dr Susie Allanson, who led the campaign to establish safe access zones around abortion clinics.

Mr Rogers was Knight’s first target, and, face-to-face with him in reception, Knight pulled a rifle on the guard and fired a shot that killed the 44-year-old father-of-six.

But just as Knight, an obsessed loner on an anti-abortion crusade, as Supreme Court Justice Bernard Teague would later write, re-cocked his rifle toward a woman who was four months pregnant, he was stopped from carrying out his evil plan.

The woman’s boyfriend, having dashed back out to the car to collect a forgotten Medicare card, came back into the clinic. Confronted with the terrifying scene, he immediately grabbed Knight’s rifle, wrestling it from his grasp with the help of two men who had come to his aide.

But this is not a story about Knight, who would receive a life sentence for his attack on July 16, 2001, rather, 20 years since his crime, it is a story of how Mr Rogers’ murder was part of a chain of events that led to the introduction of safe access zone laws that now protect women from being targeted outside abortion clinics. 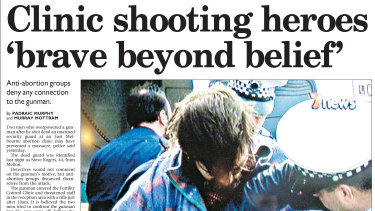 The front page of The Age at the time of Mr Rogers’ death.Credit:The Age

Once the site of daily protests or prayer vigils from the anti-abortion group Helpers of God’s Precious Infants, women who visited the Fertility Control Clinic on Wellington Parade for abortions, or contraceptive and other medical advice, were confronted by pro-life supporters holding pamphlets, photos of bloodied fetuses and placards.

Today, the footpath is clear but for passers-by walking in and out of the city. The buffer zone laws, which banned protests within 150 metres of an abortion clinic, mean women are no longer ferried through side or back doors or time their appointments around the protests to avoid being accosted while trying to access healthcare.

Sitting on a bench at the front of the clinic, a Victorian terrace near-hidden by tall trees and thick garden, just before Christmas was Dr Susie Allanson, who was the clinic’s psychologist for almost 30 years before her retirement in 2017.

It was Mr Rogers’ death, Dr Allanson says, that became the reason for her tenacious public campaign on behalf of the clinic to force action against the protesters. 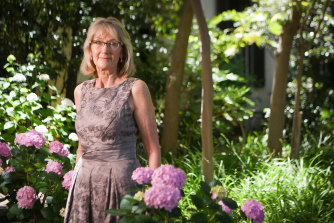 “He was the catalyst for me, and for the clinic, saying: ‘Right, we have to go public now’,” says Dr Allanson.

“This has just gone too far. Now, we really have to speak up.”

Letting go of a fear that speaking out would lead to more threats and harassment, Dr Allanson became the public face of the clinic’s media campaign and backroom lobbying to garner the support of then Human Rights Legal Centre lawyer Emily Howie, and Maurice Blackburn, who through solicitor Lizzie O’Shea, took on the case pro bono.

For the Human Rights Law Centre to support safe access zones, it would mean balancing the limiting of a key human right that the centre advocates to protect – the right to protest.

“Freedom of expression is a right we’re committed to protecting and ensuring that it’s not impermissibly limited, so we saw a really clear role for the centre in terms of clearly conveying that the right of others to access healthcare was a valid reason to limit the freedom of expression carefully,” the centre’s acting legal director Adrianne Walters says.

The team first went to the Supreme Court, arguing the behaviour of the protesters was a “nuisance” under the law and Melbourne City Council was required to remedy the problem.

But the case failed on technical grounds, and highlighted, Ms Walters says, that existing laws were failing a women’s right to access healthcare safely and privately and real change had to come from parliament.

At the same time the case was working its way through the Supreme Court, MP Fiona Patten was elected to parliament in 2014. 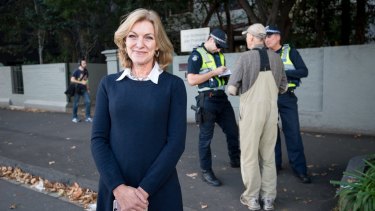 Leader of the Reason Party Fiona Patten outside the Fertility Control Clinic in East Melbourne in 2016, after the safe access zones came in.Credit:Penny Stephens

As Dr Allanson and O’Shea wrote in their recently published book, Empowering Women: From Murder & Misogyny to High Court Victory, the Reason Party leader was the key reason why safe access zones were introduced.

In an interview with The Age, Ms Patten, a state upper house MP, is talking about the abortion she had when she was 17.

Arriving at the clinic, Ms Patten and her mother were confronted by the sight of red paint splashed on the walls of the clinic and protesters yelling out that abortion was “murder” and “Save the baby!”

Ms Patten says she was oblivious to what was in front of her, but it affected her mother.

But that experience wasn’t Ms Patten’s driving force in pursuit of safe access zone laws, rather, she had been involved in the movement to defend the East Melbourne clinic from protesters, and chaperoning women attending appointments there.

“That’s when we realised we needed to change something,” she says.

Though by 2014, six years had passed since a bruising, but successful debate that resulted in decriminalising abortion in Victoria, Democratic Labour Party MP Rachel Carling-Jenkins had been elected on a platform of rolling-back abortion laws.

“People were very nervous about even mentioning the word in parliament again,” Patten says.

But by mirroring the path to safe access zones being introduced in Tasmania a year earlier, Patten’s 2015 private members’ bill amended the Public Health and Wellbeing Act and meant the debate focused on the right to protest rather than abortion itself.

Dr Allanson said there were also women in positions of power who backed the bill. The Labor government and the then Health Minister Jill Hennessy co-opted the bill, while Patten says Liberal women such as Mary Wooldridge and Georgie Crozier allowed for a conscious vote to ensure objectors in their party could oppose without dismantling legislation.

“The opposition to safe access zones I think really reflects the kind of secondary nature that we put women’s reproductive health in that, somehow, people should have to protest about a woman’s decision and that that right should overrule a woman’s right to privacy,” Patten said. 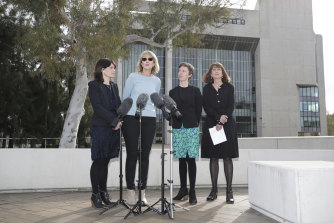 Dr Allanson said the effect of the laws, when it was enacted, was almost immediate. On day one there was not a single protester outside the clinic, she said.

“I went out and danced on the street. It was fabulous,” she said.

“I felt like we reclaimed the clinic for staff and women, and it could be the sort of space that we always wanted to be.”

Though pro-life groups would go on to launch a co-ordinated legal challenge against both the Victorian and Tasmanian laws on the basis the regulation infringed the implied freedom of political communication, the High Court ultimately found ensuring women have access to abortion services privately and with dignity was compelling, and justified a physical geographical limitation on the implied freedom.

The court’s decision was paradigm-shifting, Ms Walters said, and safe access zones have been established across Australia, including in Western Australia this year, though the state remains the only jurisdiction that criminalises abortion over 20 weeks. 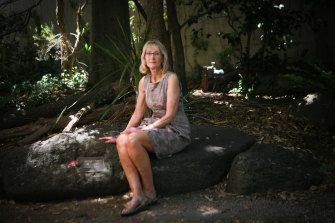 “There’s always mixed emotions with this,” Dr Allanson said of the reform.

A few steps away from her, on a stone in the clinic’s front garden, is a plaque that bears Mr Rogers’ name.

“Steve being killed was a tragedy that should never have happened. And at the same time, we’ve turned it into something really positive for women all around Australia.” 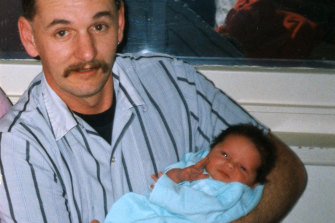 Steve Rogers, who was 44 when he was killed, with one of his sons.

She was in Melbourne from the ACT for her grandfather’s funeral at the time and she was supposed to meet her dad for a coffee before she took the train home.

“I remember sitting on the train thinking it’s really weird Dad didn’t meet me for coffee,” the now 42-year-old recalled.

“My cousin called me: ‘You need to get off the train’.”

Now a mother to two teenage daughters, the eldest of which has a memorial tattoo dedicated to her grandfather, Ms Sagacio said continuing to talk about her “larrikin” dad kept his memory alive.

“He was the most loving human,” she said.

She said part of his legacy was the safe access zone laws.

“He would be amazingly proud…to think we now have a better law in place that, heaven forbid, if my girls needed that service, at least they’re not going to be harassed.”