A MUM told how a 999 call handler helped save her husband’s life after he collapsed.

Frantic Karen Galloway, 42, rang for an ambulance when 46-year-old Alan started having seizures at home. 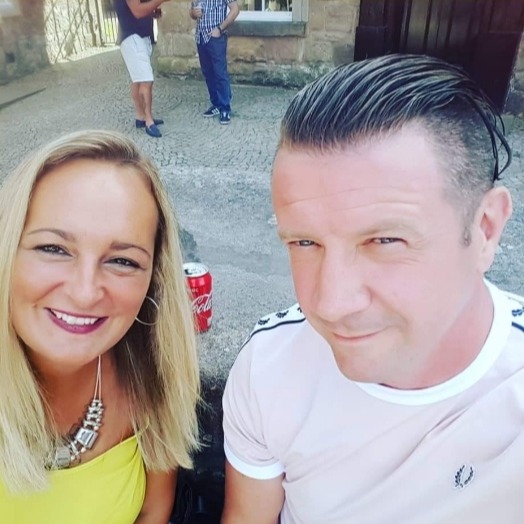 The terrified mum-of-two was talked through how to perform CPR on her hubby by emergency telephone operator Sarah Mark.

Describing the “terrifying” incident, Karen who was at home with Alan and sons, Cameron and Nathan, when she noticed part of his speech sounded “slurred”.

She added: “He said he felt fine and he looked fine. He then went into kitchen but as our son Cameron was at the top of the stairs he heard a noise, he ran down then called for me.

“His eyes were open. I asked him if he was ok; he made a noise and squeezed my hand.

"He then closed his eyes and went into what we thought was a sleep. I put him in the recovery position.”

As they were waiting for an ambulance to arrive, Alan started having “more frequent seizures”, and his breathing was not normal.

Sarah then talked Karen through the CPR during the incident in Glasgow on September 28.

Karen added: “Sarah was fantastic; she was very calm, reassuring me I was doing a good job and I was doing everything ok.

“I was terrified on the inside as our two sons could see Alan was struggling.

“Our two sons where hysterical at this point and I had to say to our oldest son Cameron ‘I need you to stay calm, go see your brother.

"'I need to be able to hear the instructions from Sarah loud and clear to help your Dad’.

“With each chest compression, I kept saying to myself ‘please God don’t take him from me, not yet’, and by the grace of God he started breathing normally and came round.

"I have never felt so sick, relieved all at once.”

Karen added: “Sarah saved my husband’s life and because of that our sons still have their Dad and I can’t thank her enough.”