A MUM has told of her nightmare after her one-year-old daughter was left brain damaged in a paddling pool accident.

Katie Burton, 33, was playing in the garden wth her kids Penelope and George in Bolton on July 19. 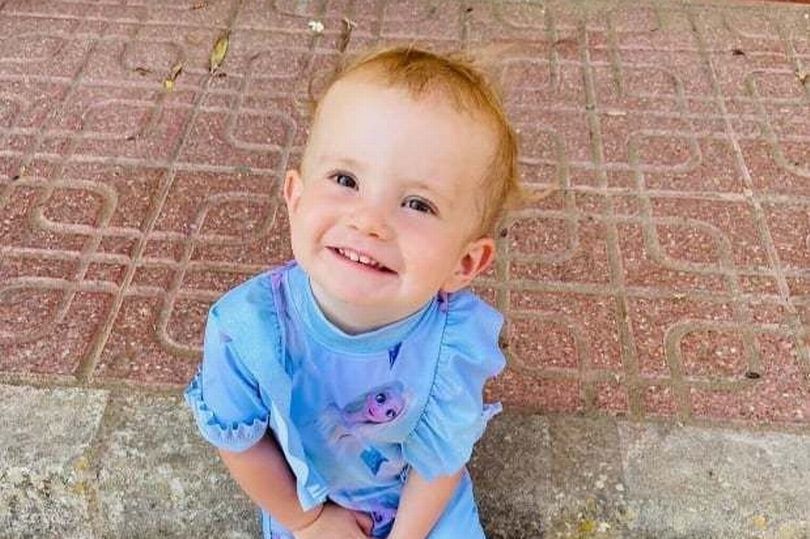 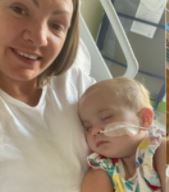 They decided to go inside to cool down, and George, three, walked into another room to watch TV.

Penelope, one, followed him – however when mum Katie walked into the kitchen she noticed Penelope lying motionless in the paddling pool outside.

The horrified mum dashed outside to find her unresponsive young daughter lying face down in the water, the Manchester Evening News reported.

Katie screamed for Penelope's dad Grant to call an ambulance as she desperately performed CPR.

Penelope was rushed to Manchester Children's Hospital where she was put into a coma.

Scans showed she had suffered a severe brain injury, and is now unable to sit, speak or eat.

Doctors aren't sure if she'll ever recover.

Pregnant Katie described the moment she found Penelope in the pool.

She said: "I was numb, I was so shocked. I couldn’t even think.

Katie and Grant have had to teach Penelope "everything from the beginning" since her accident.

The family are searching for treatments to improve their daughter's condition, and have set up a fundraiser for Penelope which has raised more than £100,000.

Katie said: “Penelope is on loads of medication and is being fed through a tube. She’s like a newborn baby all over again.

“She was talking and walking before, now she can’t talk and she can’t walk.

“She’s our baby and she’s completely different to what she was. It’s really sad.” 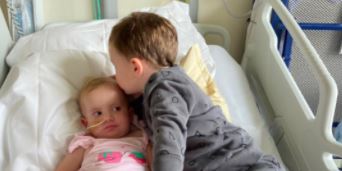