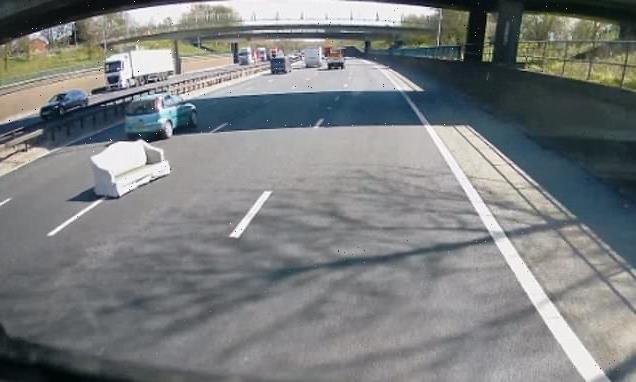 Have a seat! Motorway drivers have to swerve a SOFA when it falls off the back of a truck and spins across the M60 on its castors

This is the shocking moment drivers along the motorway are forced to swerve out of the way of a sofa after it falls off a pickup truck.

Footage captured near the Whitefield Interchange along the M60 in Manchester shows the item of furniture fly off the back of the truck as the vehicle hurtles down the motorway at around 12.30pm on April 23.

The sofa then spins across the busy motorway on its castors as motorists try to swerve out of the way. 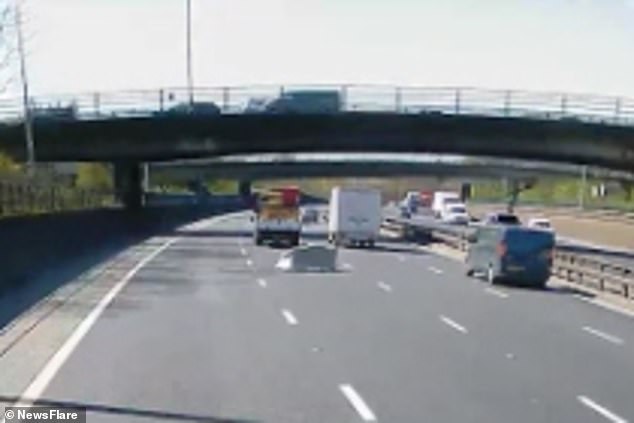 The sofa is flung off the back of the truck as it drives along the M60 in Manchester at around 12.30pm on April 23

During the clip, the pickup truck drives along the middle lane of the motorway.

Just seconds later, the sofa is flung off the rear of the truck and lands on the busy motorway.

The item of furniture then begins to slide across the lanes on its castors as other road users try to avoid a collision.

He said: ‘A pickup carrying various household items had a sofa flip off the rear of the pickup and land on the motorway.

‘It landed on its castors and ended up spinning down the motorway and hitting a HGV. 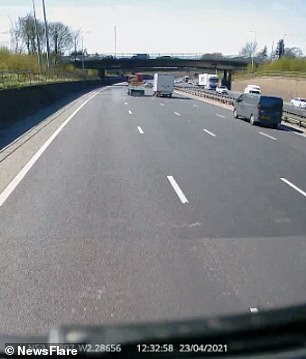 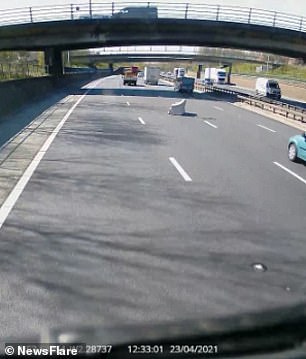 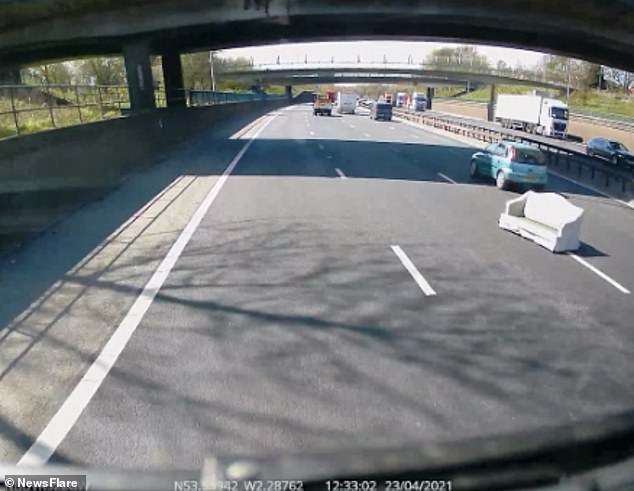 ‘The HGV chased down the pickup and flagged it onto the hard shoulder despite other vehicles telling the pickup to stop.

‘As always please keep safe on the roads.’

The incident came just a day before part of the M60 in north Manchester was forced to close after a pedestrian was hit by a lorry.

The collision happened between junction 17 for Whitefield and junction 18 for Simister Island.