HALF of parents have never taken their children to a museum, 40 per cent haven’t built a den together and 29 per cent have never played catch with them, according to a study.

Researchers who polled 1,000 mums and dads with kids aged four to eight found many have never enjoyed traditional parent and child activities together – like feeding the ducks (27 per cent). 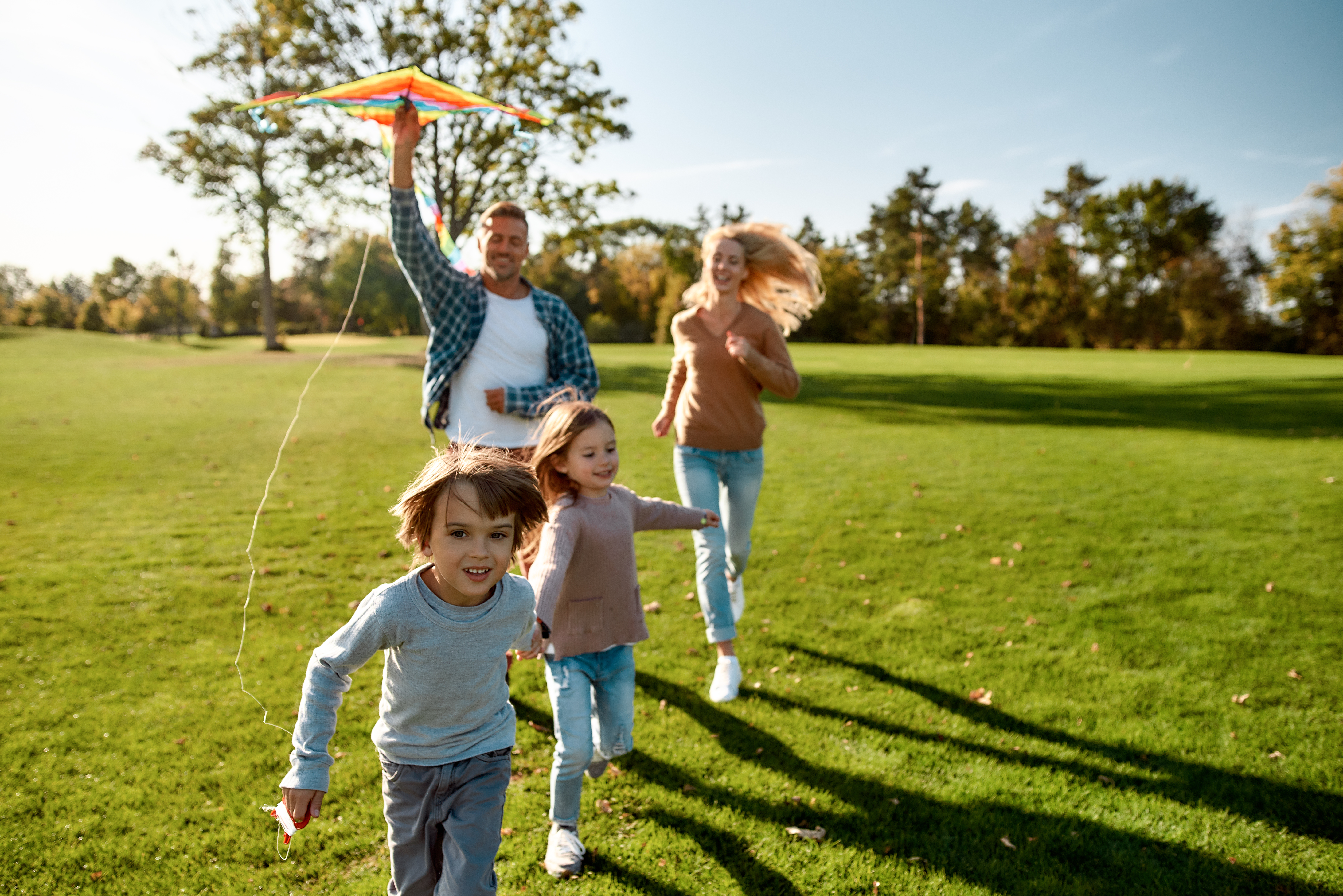 Seven in 10 (69 per cent) are yet to take their children to a toy store, and others haven’t shared the joy of flying a kite with one another (63 per cent) or blowing dandelions together (36 per cent).

Historically popular activities like going to the cinema (36 per cent), dressing up (36 per cent), and colouring in or drawing together (23 per cent) also remain unexperienced by many.

Commissioned to celebrate season two of ‘Blue's Clues & You!’ which airs daily at 4.30pm on Nick Jr, the study found the pandemic (52 per cent) and money (49 per cent) are the biggest obstacles.

However, another factor might be lack of inspiration – something 65 per cent of mums and dads admit is a struggle for them when it comes to finding things to do with their kids.

As a result, the children’s TV channel has turned to the top influencers Illy Morrison, Scummy Mummies, Vogue Williams, Meet the Greers, and Jake Graf to provide parents with some ideas.

These include writing a letter to family members, going mudlarking, chalking on the pavement and making a mini-beast hotel.

Vogue Williams said: “Summer is finally here and for a child there is no better time for fun and adventures.

“We’ve been restricted the past 18 months on what we’ve been able to do with our children.

“But with things opening up again there is a whole new world of experiences possible for kids who may not have had the chance to try certain things out yet.”

10.         Go mudlarking and have a competition to find the grossest thing

The research also found many mums and dads are yet to paddle in the sea with their little ones (38 per cent), take them to a zoo (32 per cent), or share an ice cream together (16 per cent).

However, it’s not that parents don’t want to spend time with their children doing these things.

In fact, 87 per cent said spending time with their kids is more important to them than anything else.

While 88 per cent revealed they’re especially conscious children grow up fast, so they actively try to make every second they spend with them really count.

Eight in 10 (82 per cent) wish they were blessed with having more time to do fun activities together, while 85 per cent said getting up to all sorts of exciting things with their kids gives them a ‘new lease of life.’

And 85 per cent think this summer could be a great opportunity to do such things with their little ones.

Carried out through OnePoll, the study found 85 per cent of parents have already planned a series of activities for the warmer months – nine on average.

Vogue Williams, mum of two-year-old, Theodore, and 11-month-old, Gigi, added: “I spent so much of my childhood walking through streams, climbing trees, searching for treasure and following clues to imaginary mysteries.

“Theodore is at that really inquisitive age where he is so fascinated by new experiences and the ’30 things to do before you’re five’ list is very exciting for us both.

“Theodore can’t wait to tick the new things off the list this summer and I hope other parents will join me and encourage their little ones to explore outdoors too.”