FREDDIE Starr was left “mortified” by footage of himself slurring Elvis hits in a Spanish karaoke bar two years before his death.

A neighbour in the Mijas, Malaga, said the former TV funny man, 76, “wasn’t his old self” after video leaked of the humiliating performance. 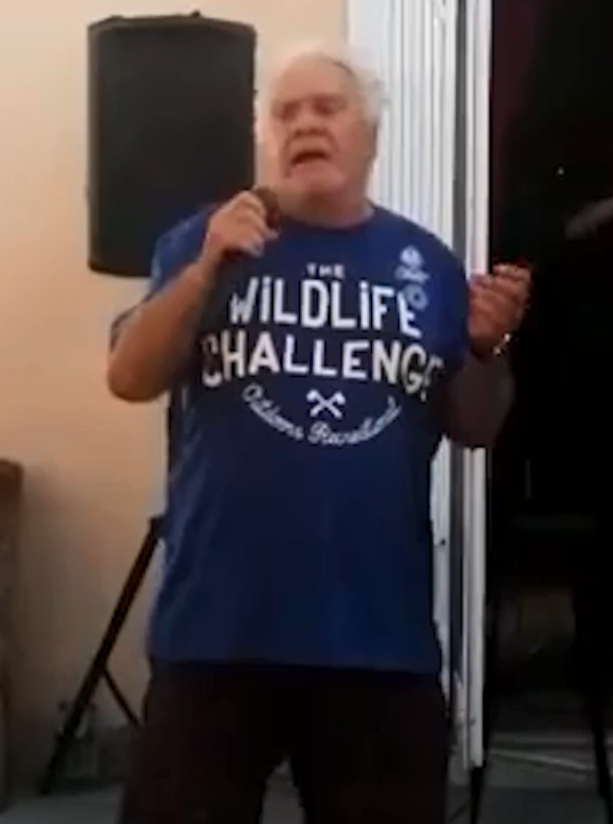 Starr’s body was found naked by his Spanish carer on the floor of his two-bedroom townhouse in the Costa del Sol yesterday.

In 2016, footage showed the entertainer looking bloated and unshaven belting out Elvis Presley songs such as Hound Dog in front of a jeering crowd

A neighbour said the troubled performer, who used to be one of the highest earning celebs in the UK, realised he’d hit rock bottom he saw the video.

He said: “He was mortified when that footage got out and realised how far he’d fallen.

“He wasn’t his old self after that.”

The neighbour added: “It was such a sad end from someone who’d been loved by millions.”

At the time the clip was posted to Facebook, a source at the bar said: “It’s really sad as he used to perform in front of millions on TV and now he just gets a few laughs from expats.

“He doesn’t look in great shape but is desperate to still entertain in any way he can.

“It’s a shame that most punters now seem to be laughing at him, and not with him.”

Freddie fled to Spain in 2015 after losing a £1m libel case against sex accuser Karen Ward and splitting from his fourth wife Sophia Lea. 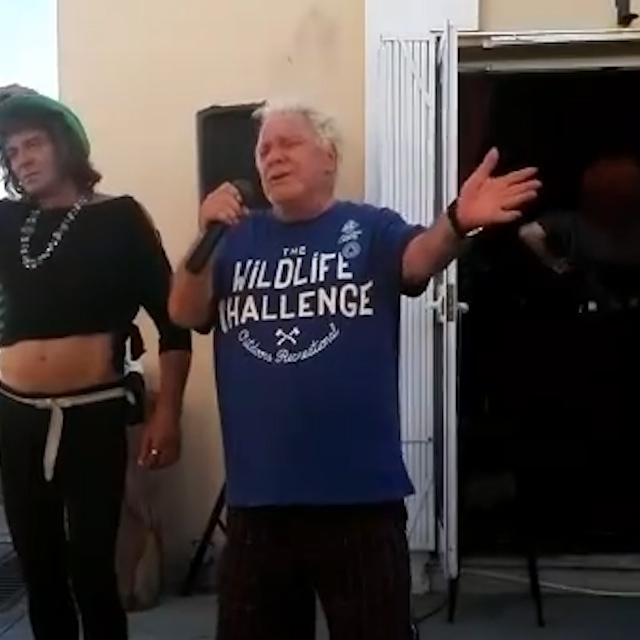 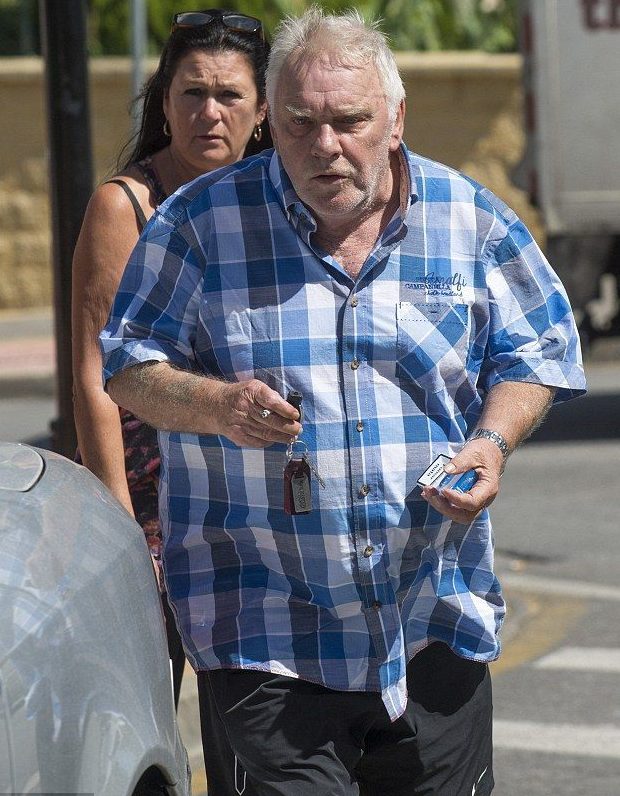 He was forced to sell his £700,000 UK home, after being arrested four times as part of operation Yewtree despite never being charged over claims he put his hand up Ward’s skirt in 1974.

The comedy wild man moved to the Costa del Sol claiming to be "broke and disabled" where he built up more debt and became a virtual recluse, neighbours have revealed.

On his arrival to Mijas, he told local media he'd "shook hands with the devil" while showing off the scars from his 2011 quadruple heart bypass.

Speaking about his poor health, he said: “I can’t tour any more because I’ve got a lung condition and I’m in a wheelchair a lot.

“Freddie Starr the entertainer is dead.”

He likened Operation Yewtree — the police probe into historical sex offences launched in the wake of Jimmy Savile’s crimes — to the “Salem witch hunt” and said he had “hit rock bottom”.

Starr added: “I feel suicidal at times because I don’t think things are going to get any better for me.”

Freddie, who was born in Merseyside in 1943, was being threatened with lawyers after refusing to pay a four-figure debt to community managers for unpaid water bills in Spain.

Residents told today how he stopped talking to them after the president of the 280-property complex tried to get him to pay up. 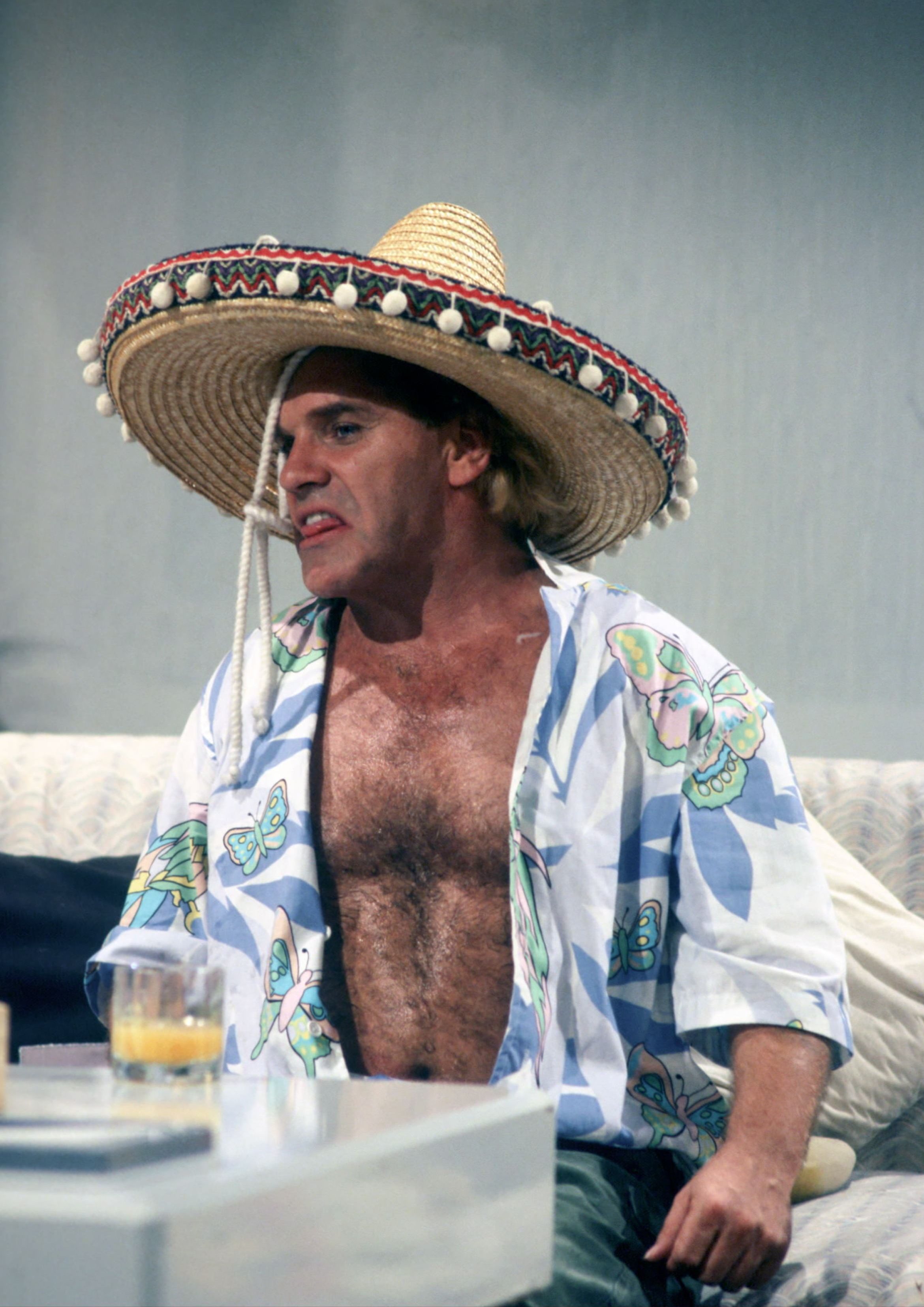 One of his neighbours at his two-bed £170,000 home said Starr would “look the other way” on the rare occasions he saw him because of the debt feud.

Another local who knew Freddie said the reaction to his death within the residential community was “shame, nice bloke.”

Speaking about the comedian’s life in Spain, they added: “He had a lady that lives in the property as a carer.

“She didn’t appear to want to speak English but she must have done because Freddie didn’t speak Spanish.

“I don’t think he had any friends in the community.

The resident said that reclusive Freddie, who had a heart attack in 2010, rarely left his home.

He said: “It had a patio out the front with pot plants on it. He didn’t normally come out of the property much.

“He wasn’t in good shape and he was pretty much of a recluse.

“It was around six months ago that I last saw him. He had a car when he first moved here but that disappeared a while back.”

Another local told The Sun: “Freddie hadn’t looked well for some time and rarely ventured out.

“Whenever he appeared recently his head would be down and he’d be smoking.”

“Whenever he appeared recently his head would be down and he’d be smoking."

A well-placed local source said he had been found naked on the floor inside his home.

Police sources said there was nothing to suggest the death of the fallen comic, who suffered asthma and had a quadruple bypass following his heart attack, was suspicious.

An autopsy is expected to take place later today at the Institute of Forensic Medicine in Malaga to rule out the possibility it was the result of a crime.

Civil Guard officers were called along with paramedics to his home although the first ambulance is believed to have taken some time to reach the scene.

His body was taken away just after 8pm local time after he was certified dead by a doctor.