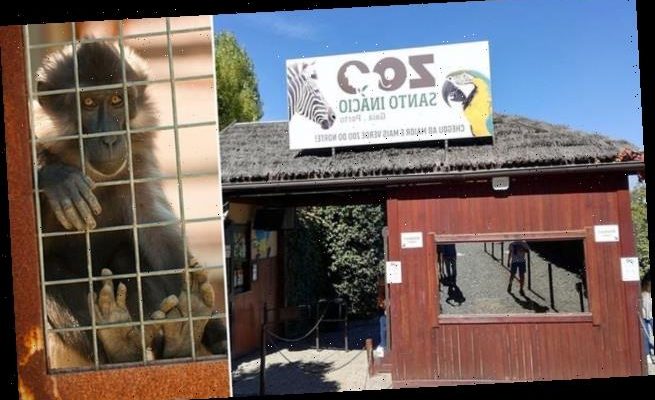 Monkey pulls five-year-old boy’s finger off in attack at Portuguese zoo: Child is mauled as he stood near animal’s cage 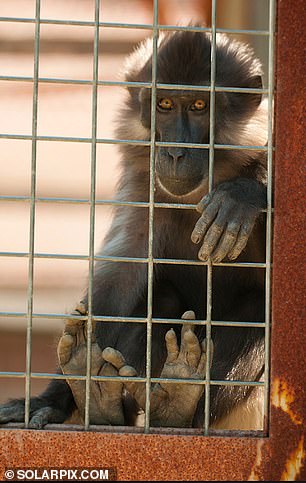 A five-year-old boy has been rushed to hospital after being attacked by a monkey at a zoo in northern Portugal (pictured, a monkey at Santo Inacio Zoo)

A five-year-old boy has been rushed to hospital after being attacked by a monkey at a zoo in northern Portugal.

The youngster lost a finger in the incident at Santo Inacio Zoo in Vila Nova de Gaia near Porto.

Local reports said the youngster was with his family and playing by the cage the animal was in when the incident occurred on Friday morning.

The monkey is said to have bitten the child’s finger and pulled it from the rest of his hand.

A police officer entered the cage and recovered the missing digit before the youngster was taken to Sao Joao Hospital in Porto.

A spokesman for the GNR police force in Porto confirmed the incident had occurred around 11am and said the monkey had ripped the youngster’s finger off.

Specialists in child surgery and plastic surgery were said to be with the boy at Sao Joao Hospital on Friday afternoon.

It is not yet clear if medics have been able to reattach the boy’s finger.

There has not yet been any official comment from the zoo, which claims to be the largest and greenest zoo in northern Portugal on its website.

It is home to 600 animals including the Amur Tiger and Asian Lion and before the coronavirus pandemic welcomed approximately 1.5 million visitors a year. 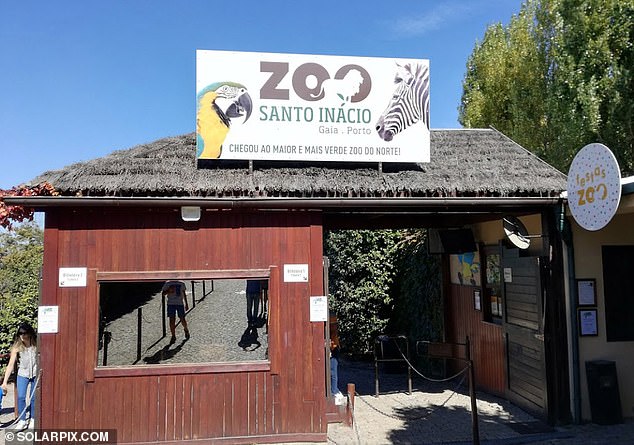 The zoo only reopened on Tuesday after being closed for three months.

Zoo staff spoke last month about the behaviour of some of the 200 species of animals at the zoo had changed during the lockdown closure.

Vet Carla Monteiro admitted the animals were not getting enough interaction and were sleeping more because there were no visitors.

She said: ‘There is a change in attitude and behaviour that is noticeable in the transition phases, when we have visitors and we no longer have them, and when we start to have them again.’

An investigation into the incident is expected to be launched.

In February Joaquin Gutierrez Arnaiz died after one of the elephants he looked after at Cabarceno Natural Park, a zoo near the northern Spanish city of Santander, accidentally hit him with her trunk.

The 44-year-old was rushed to Marques de Valdecilla University Hospital after being assisted by two colleagues, but died around three hours after being struck.