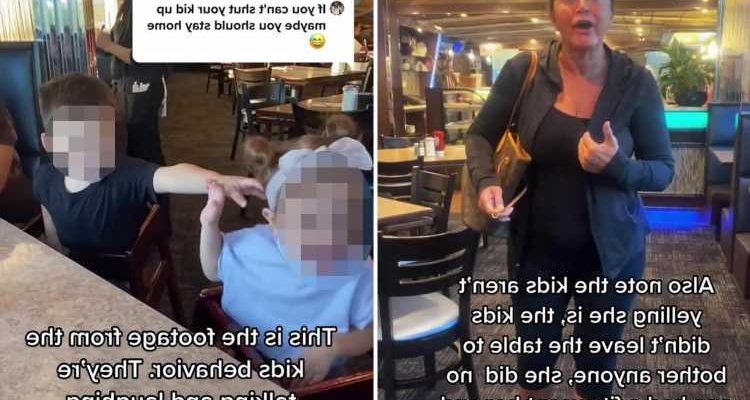 A WOMAN shockingly confronted a mom in a fast food restaurant to complain that her autistic children were LAUGHING.

The furious diner – dubbed a 'Karen' after her outrageous outburst – approached the family and cruelly told them that the Long Island diner was "not the place" for her and her young children. 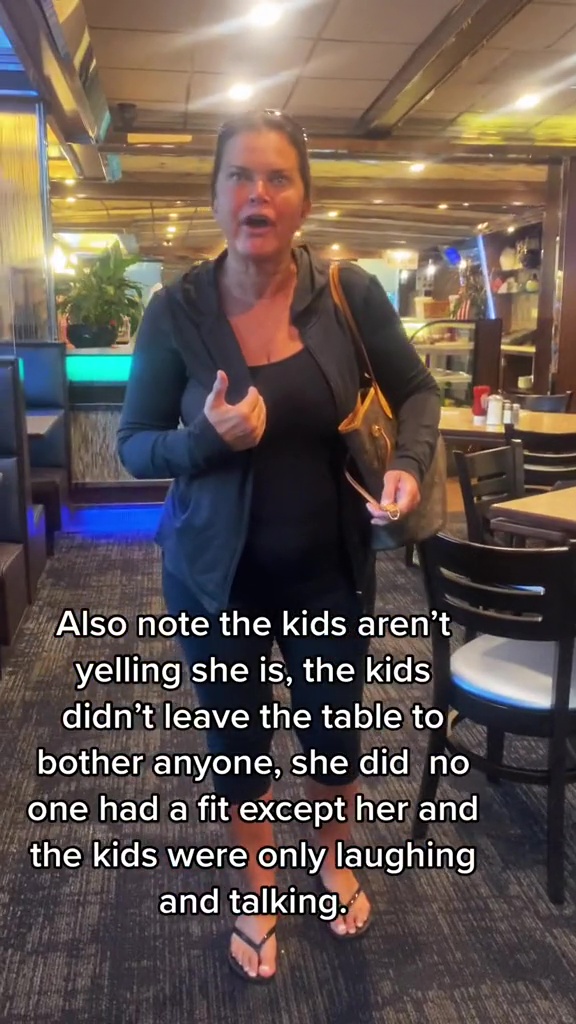 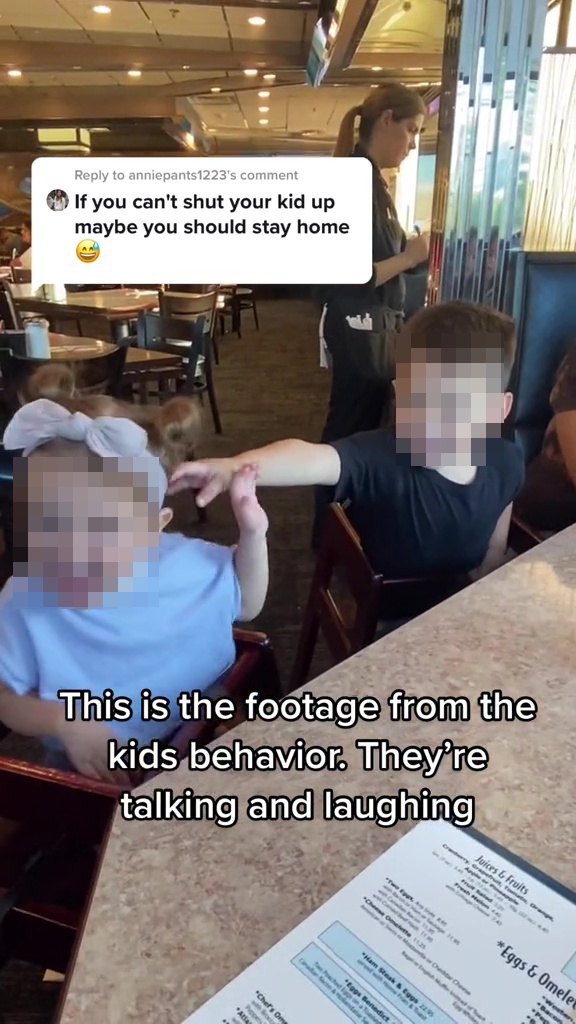 The unidentified woman went on to suggest the mom should take her kids to visit a Chuck E. Cheese chain instead.

A clip of the fiery "Karen's" frenzy has since gone viral after the horrified mother, TikTok user @Bamskye2426, shared the footage online.

The video, which has since gained over 2 million views, explained: "According to Karen this isn’t the place for autistic children. It’s a dive diner.

"Also note the kids aren’t yelling, she is. The kids didn’t leave the table to bother anyone, she did.

"No one had a fit except her and the kids were only laughing and talking."

The irate woman, who had allegedly began moaning about the two children before the user started filming, can be heard saying: "Are you taking a picture of me? Well good, you're wrong."

She then reportedly demanded the owner give her a FREE meal to compensate for her frustrations.

The 'Karen', seen clutching a Louis Vuitton bag, loudly fumed at the behavior of the Tik Tok mom's children, Bentley and Miley.

But their mom later revealed footage of how they were acting at the "family orientated spot" – as they laugh and play while sitting in high chairs.

The two giggling children were seen tickling each other – and were almost drowned out by the babble of other diners.

In a follow-up video, the mom explained: "[My kids] behave better than her.

"The kids didn’t get up from their table, they didn’t go to anyone else’s table to bother them. They didn’t do any of the behaviors this grown woman exhibited."

The mom also revealed footage of the diner's owner approaching their table to defuse the situation and assure her she and her party "did nothing wrong".

"All six kids are silent and adults are yelling. More proof that me, my friend and my kids did no wrong. They laughed and talked – these ‘adults’ refused to pay, screamed and ran at our table," she wrote.

The 'Karen' claimed she "couldn't go out to eat a lot" as she "couldn't afford it" – and ordered the restaurant owners to comp her meal.

In a response to a commenter, @Bamskye2426 added: "Even if my kids had done anything – which they did not except for talking and laughing – why wouldn’t the restaurant get their money?

"Why would they owe her something because she didn’t enjoy the other patrons in the restaurant?'

"I could’ve just paid for her meal. If somebody said ‘I can’t afford to go out to eat and I want to ’ it would always be on my heart to help somebody eat," she continued.

"But instead she threw that fit… demanded free food and… walked out without paying."

TikTok users were left horrified by 'Karen' and her "crazy" behavior, while some claimed she was a scam artist trying to bag a free meal.

Another user chimed in: "This lady irked every nerve in my body! Children are people too."

"This is [an] EXTORTIONIST at work," a commenter said. "If you do not like kids, stay home or go to adult only restaurants."

"But she can scream and cause a scene! Oh the irony," another wrote, suggesting 'Karen' should have headed to an adults-only restaurant instead.

Others applauded the mom's calm demeanor in the video.

"What an amazing response!" one said.

"This mother was so much more polite than I would've ever been. Kudos," another wrote.