THE mother of a seven-year-old boy who battled a COVID-related disease has issued a fearful warning to her fellow parents, talking of her son's eyes turning red and chapped lips. 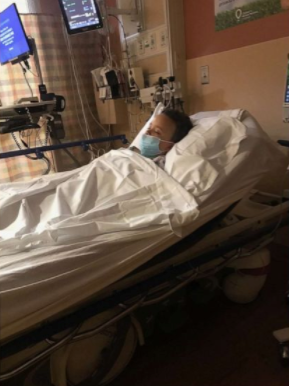 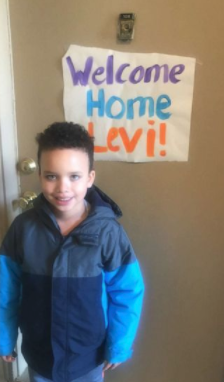 Hannah said: "The big thing is if your kid is sick, get them in right away and get them checked out.

"I feel like if I hadn’t gotten him in or if the doctor had said it was just a stomach bug and to go home, we would be in a very different position right now."

The youngster was healthy until May 2, when he woke up a high fever and began vomiting, his family said.

After his symptoms continued, Levi was taken to a pediatrician, who advised he should be brought to hospital immediately.

Hannah explained: "The doctor took a look and at that point Levi's eyes were turning red and his lips were getting red and chapped.

"The doctor said he was really dehydrated and he needed to get to the hospital right away because he could be having the Kawasaki-like syndrome that kids were getting."

The concerned mother said that her son tested negative for COVID-19 three times during his time in hospital – but Levi has since tested positive for COVID-19 antibodies, she said, showing he was exposed to the virus.

ABC News recently identified that a possible 200 children across the Unites States could or have been confirmed to have cases of a pediatric multi-system inflammatory syndrome, which has spread across 19 states, as well as Washington, D.C.

When Levi reached Beaumont Hospital, in Royal Oak, Michigan, he was overseen by infectious disease specialists.

While in hospital, he suffered from severe abdominal pain and was transferred to ICU to be placed on oxygen as doctors discovered he had pneumonia in both lungs.

The youngster spent a week in hospital before was discharged on May 12.

Hannah said that neither she nor her mother, who she lives with, showed symptoms of COVID-19, leaving her to wonder how her child was exposed.

Doctors have since told her that it is likely she and her mother, or just one of them, had the virus and were asymptomatic.

Since mid-March, when Levi's school was closed, Hannah said she had stopped working and the family had been following stay-at-home orders and the necessary precautions for the likes of grocery shopping.

On Thursday, the Centers of Disease Control sent out a health alert, which covered the diagnosis criteria for the symptoms like those Levi experienced.

Called "multisystem inflammatory syndrome in children," or MIS-C, the diagnosis means patients must be under 21 and have a fever of at least 100.4 degrees for at least 24 hours.

Individuals must also show evidence of a "clinically severe illness requiring hospitalization" with multiple organ systems involved, and have been COVID-19 positive in the previous four weeks.

Dr Bishara Freij, chief of pediatric infectious disease at Beaumont Hospital, Royal Oak, who was part of Levi's medical team at the hospital, told GMA that the key for parents is not to panic by to remain vigilant when monitoring their children's health.

Freij said: "They don’t need to panic but they need to get their child evaluated because the earlier a diagnosis is made, the earlier you intervene, the more easily you can reverse everything.

"It’s a collaborative effort by everybody but of course the parent is the first line of defense for the child."