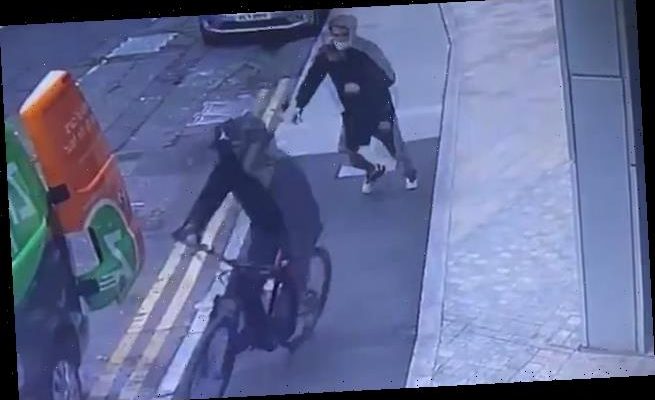 This is the shocking moment a man looking at his phone in east London is mugged by a youth riding a bicycle.

The victim, identified only as Max, was standing staring at his phone screen yesterday morning near Old Street roundabout when the felon struck.

CCTV footage shows a bicycle ride slowly along the road while the rider scopes out his potential victim. 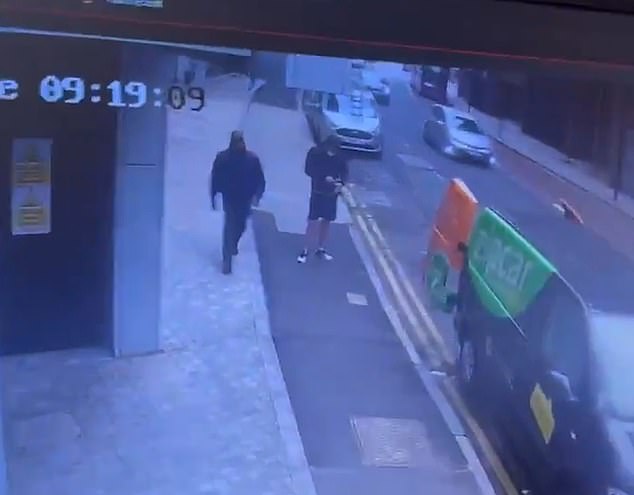 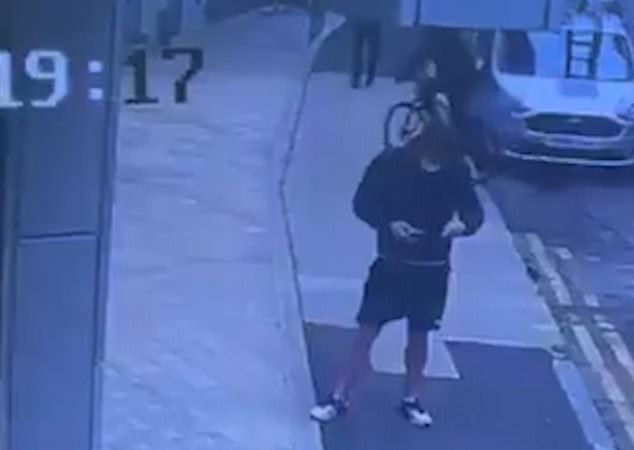 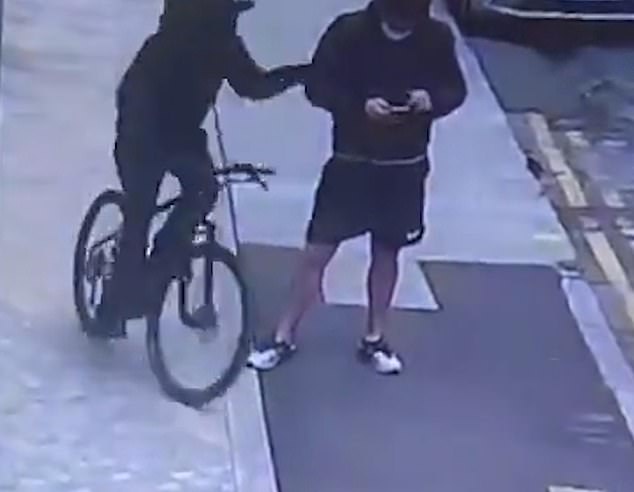 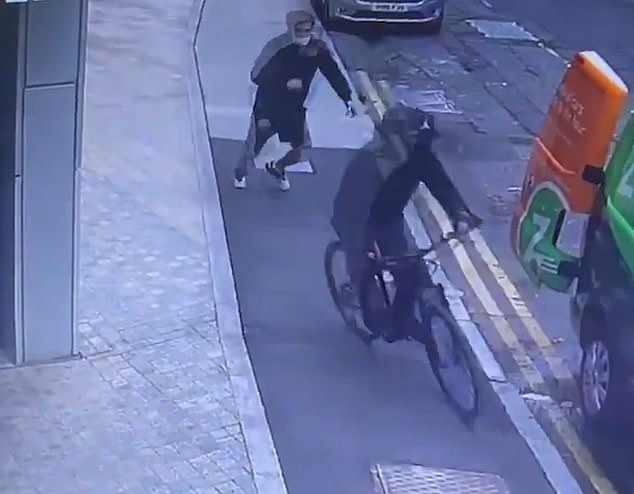 Apparently deciding the man was an easy mark, the thief pulled onto the pavement and looped round before riding at speed towards his victim.

The thief successfully grabbed the handset from the man’s hand but dropped it as his victim began to chase after him.

The rider continued his escape, ignoring the smashed handset which Max retrieved.

A witness told MailOnline: ‘The incident happened around 9.19am on East Road, just before Old Street roundabout.

The witness said there had been other incidents involving thieves on bikes in the area and called on the police to clamp down on them.

They added: ‘I have spoken to the police about this on Twitter DM however I explained to them it was my opinion that it seems they have no interest in this type of crime.

‘It would be so easy for them to catch these thieves as it is happening on a regular basis in our area.

‘They asked me to ask the victim to contact them. The guy who owned the phone, Max, was fine apart from the shock.

‘The thief didn’t manage to hold onto the phone and dropped it, Max retrieved his phone however the screen was smashed.’ .

MailOnline has approached the Metropolitan Police for a comment. 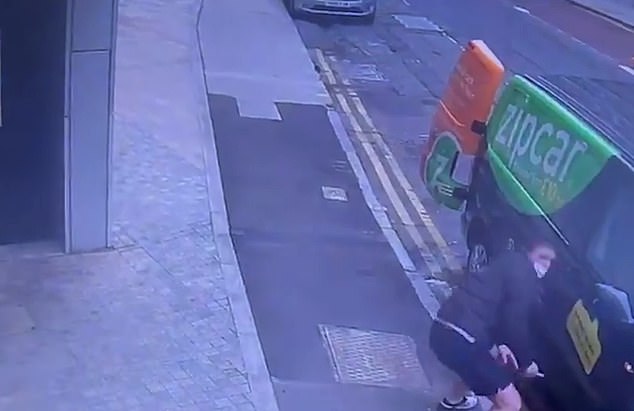 A witness said the victim Max, pictured right, was able to recover his phone but the screen was smashed

The Met Police said mobile phone theft is a major problem in London with thousands of devices taken each year.

Traditionally, thieves would pickpocket their victims or use table surfing.

However, over the past couple of years the number of thefts involving criminals using mopeds or bicycles has increased dramatically.

The Met advises mobile phone users to be aware of their surroundings to reduce the chance of having their handset stolen, especially in high threat areas.

According to Scotland Yard:

They are also monitoring stores that sell secondhand electronics to prevent them from dealing in stolen phones.

The areas around Camden, Islington, Westminster, Hackney and Haringey have the biggest problems of mobile phone theft.