MISSOURI is to become the first US state without an abortion clinic as its sole licensed centre is being forced to close after draconian law changes.

A family planning charity spokeswoman, Dr Leana Wen, warned that politicians are “passing law after law to intimidate women – including laws that would allow women to be investigated for miscarriages.” 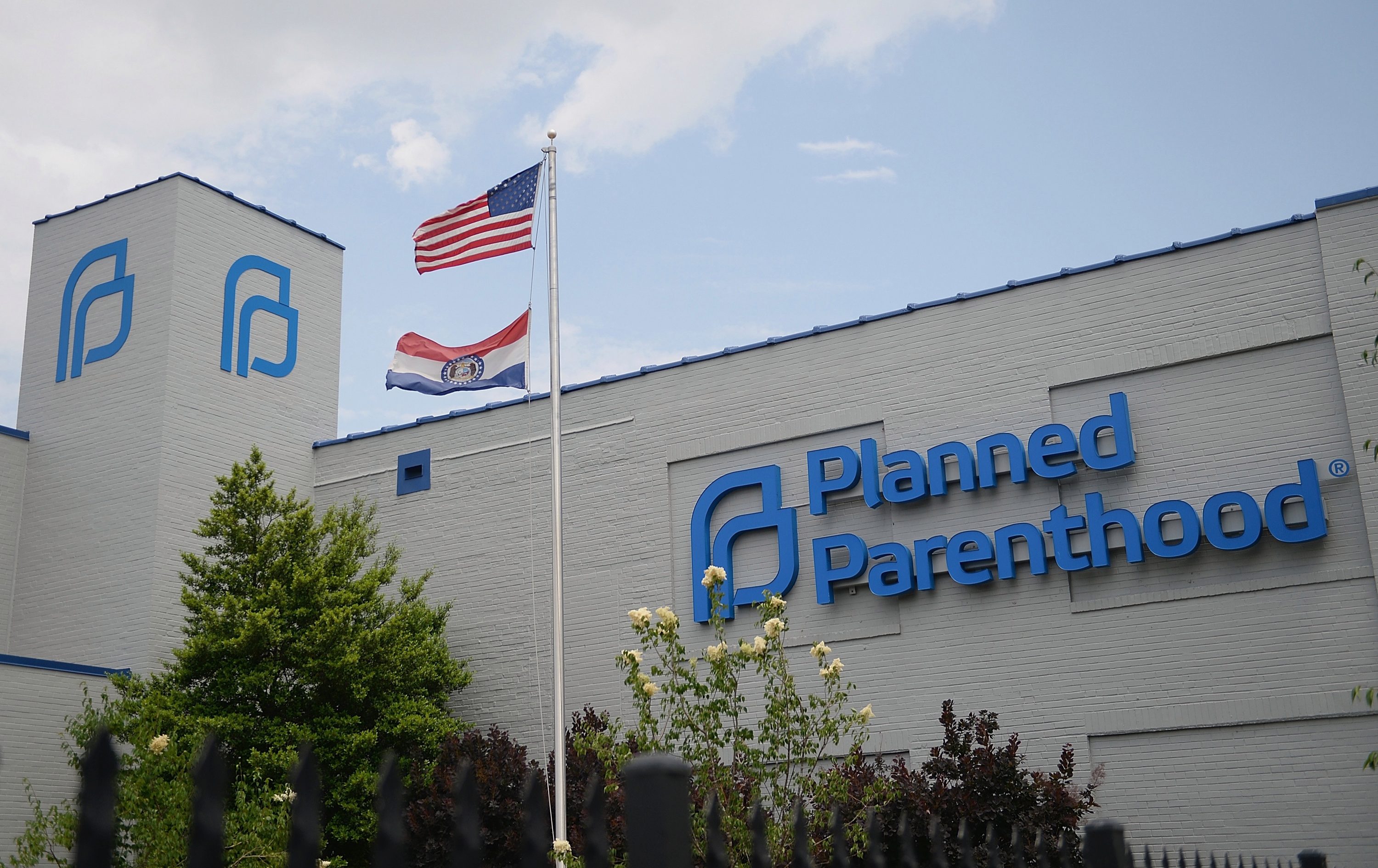 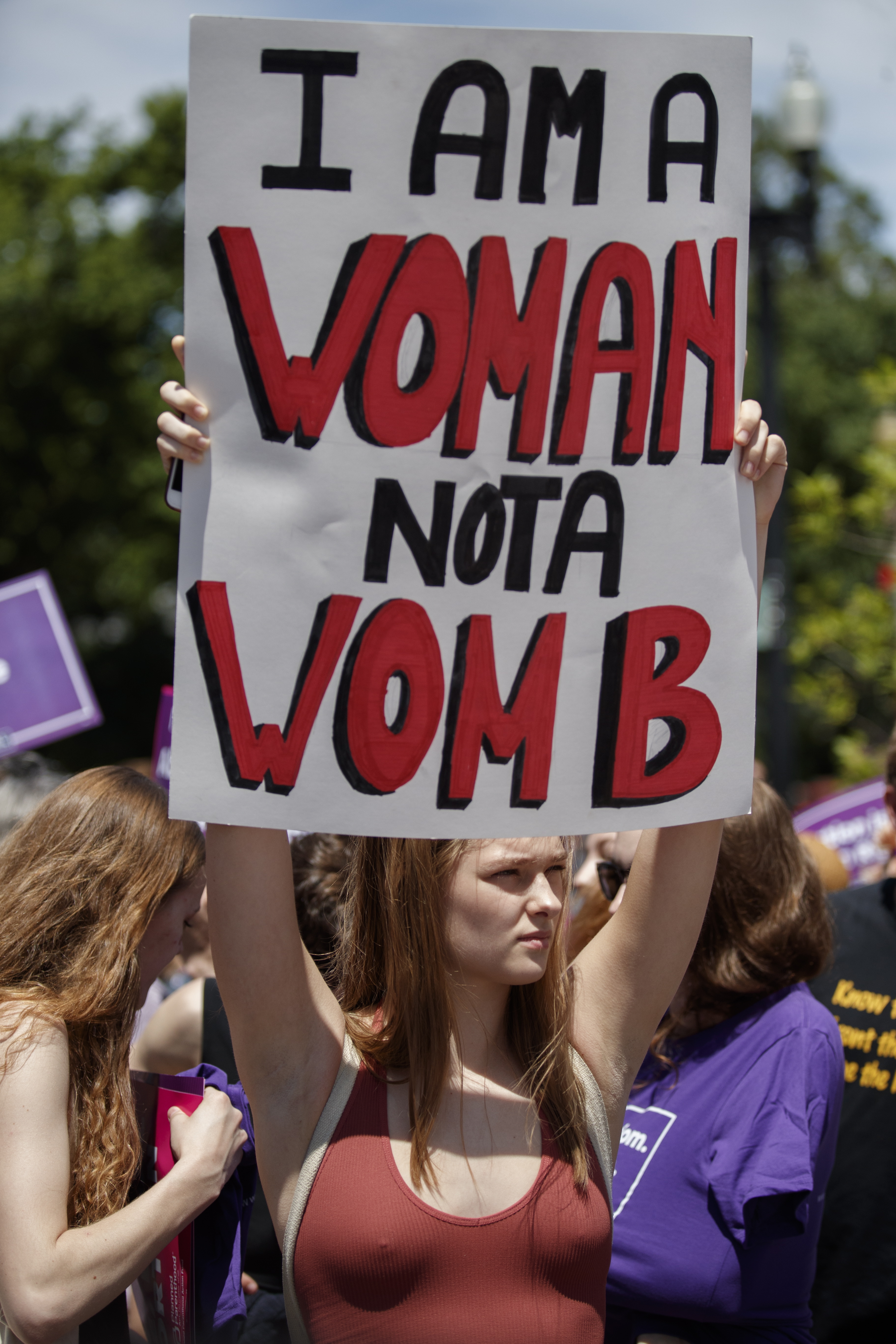 Missouri is poised to become the only state without access to legal abortions after health bosses said the operating licence of Parenthood’s clinic in St Louis wouldn't be renewed.

The charity's licence to provide abortions expires on Friday.

The threat comes just days after Missouri Governor Mike Parson signed one of the “most extreme abortion bans in the country into law”, the charity said.

Last Friday, he signed a bill banning abortion from the eighth week of pregnancy, making Missouri one of eight states to have passed anti-abortion legislation so far this year. 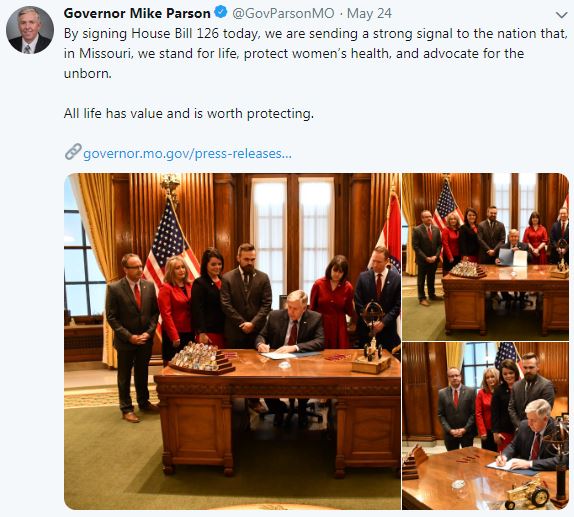 In order to stop state health officials blocking services at the state's last remaining health centre providing abortions, a lawsuit has been lodged in the Circuit Court – suing the state in a bid to “keep serving Missouri women”.

State health bosses threatened there'd be no renewed licence until seven of the clinic's doctors have been interviewed over "potential deficient practices," the lawsuit says.

The Reproductive Health Services of Planned Parenthood of the St Louis Region (RHS) said that without its court intervention, “Missouri would be the only state in the country without access to a health centre that provides safe, legal abortion."

It said this would, "force the more than 1.1 million women of reproductive age in [the state] to face a world not seen since before Roe v. Wade.”

In 1973, the Supreme Court ruled to legalise abortion across the US in a landmark case called Roe v. Wade.

Anti-abortion activists say they aim to prompt the newly installed conservative majority on the US Supreme Court to overturn that historic decision, which established a woman’s right to terminate her pregnancy.

None of this has one bit to do with patient health or safety, but rather, banning abortion.

Dr Leana Wen, president of the Planned Parenthood Federation of America, said: “This is a real public health crisis.

“This is the world that the Trump administration and Republican public officials across the country have been pushing for – a world where abortion care is illegal and inaccessible in this country.

“Missouri’s governor just signed an extreme ban into law, but he is not waiting until the law goes into effect: his administration is ending access to safe, legal abortion care.

“Planned Parenthood will not stand for this. We are filing a lawsuit against the state of Missouri. We want our patients to know that we will never abandon the women of Missouri.”

Dr Colleen McNicholas, a gynaecologist working for the charity in St Louis, said: “Gov. Parson’s inspections process has become another vehicle to intimidate doctors like me and to push abortion care out of reach for patients.

“None of this has one bit to do with patient health or safety, but rather, banning abortion.”

"ALL LIFE HAS VALUE"

Gov Parson tweeted on May 24 that by signing the ‘Missouri Stands for the Unborn Act’, “we are sending a strong signal to the nation that we stand for life, protect women’s health and advocate for the unborn.

“All life has value and is worth protecting.”

The bill prohibits an abortion in a non-medical emergency past eight weeks of gestational age.

In a statement, Gov Parson said he wanted to “encourage all Missourians to get involved in efforts to support life in their communities.”

This includes: “opening your family’s home to adoption to assist children in need, volunteering at your local pregnancy resource centre, or joining with your faith community to provide the necessary support to help individuals choose life.”

New spate of anti-abortion laws in the US

Missouri is one of eight Republican-led states in America to have passed anti-abortion laws this year.

Doctors who perform abortions more than eight weeks into pregnancy in that state would face five to 15 years in prison.

Governors in Kentucky, Mississippi, Ohio and Georgia have recently approved bans on abortion once a foetal heartbeat is detected.

This can occur in the sixth week of pregnancy, before many women realise that they're pregnant.

Alabama's governor signed a measure making the procedure a felony in nearly all cases.

Other states, including Louisiana, are considering similarly restrictive laws.

However, none of the laws has actually taken effect, and all will almost definitely be blocked while legal challenges play out in court.

The US Supreme Court's landmark decision in Roe v. Wade said a woman has the right to choose whether to have an abortion.

Supporters of the new laws want the nation's highest court to reconsider that 1973 ruling, now that balance seems tipped in their favour.

But, opponents of the laws have been filing lawsuits to challenge them, including in Missouri, Kentucky, Ohio, Mississippi, Alabama while there are also plans to sue in Georgia.

IMPACT OF LAW CHANGES ON ABORTIONS

Women can still get abortions in states where the laws were passed.

While abortions are still legal everywhere in the US, lawmakers in some states have passed less restrictive measures, to ensure that accessing the procedure will be more difficult.

This has resulted in six states having just one abortion provider, while others have only two or three.

SURVEY: 58% SAY ABORTION SHOULD BE LEGAL

A Reuters/Ipsos poll found that Americans have become more supportive of abortion rights over the past year, with 58% saying abortion should be legal in most or all cases.

And 80% of respondents said they supported abortion in cases of rape or incest.

This week, in a surprise move, the Supreme Court in the US issued a pair of decisions on an Indiana law restricting abortions.

The justices refused to consider reinstating Indiana's ban on abortions performed because of foetal disability, or the sex or race of the foetus – meaning that provision should remain blocked.

But they upheld the state's requirement that foetal remains can be buried or cremated after the procedure is done.

Both provisions were part of a Republican-backed 2016 law signed by Vice President Mike Pence when he was Indiana's governor.

Anti-abortion activists said it was a step towards recognising foetal tissue not as medical waste, but as human rights deserving human treatment.

Planned Parenthood said the foetal burial provision was an abortion restriction "intended to shame and stigmatise women and families."

One impact of the new spate of abortion laws is that the controversial changes have been moved to the forefront of the presidential campaign. 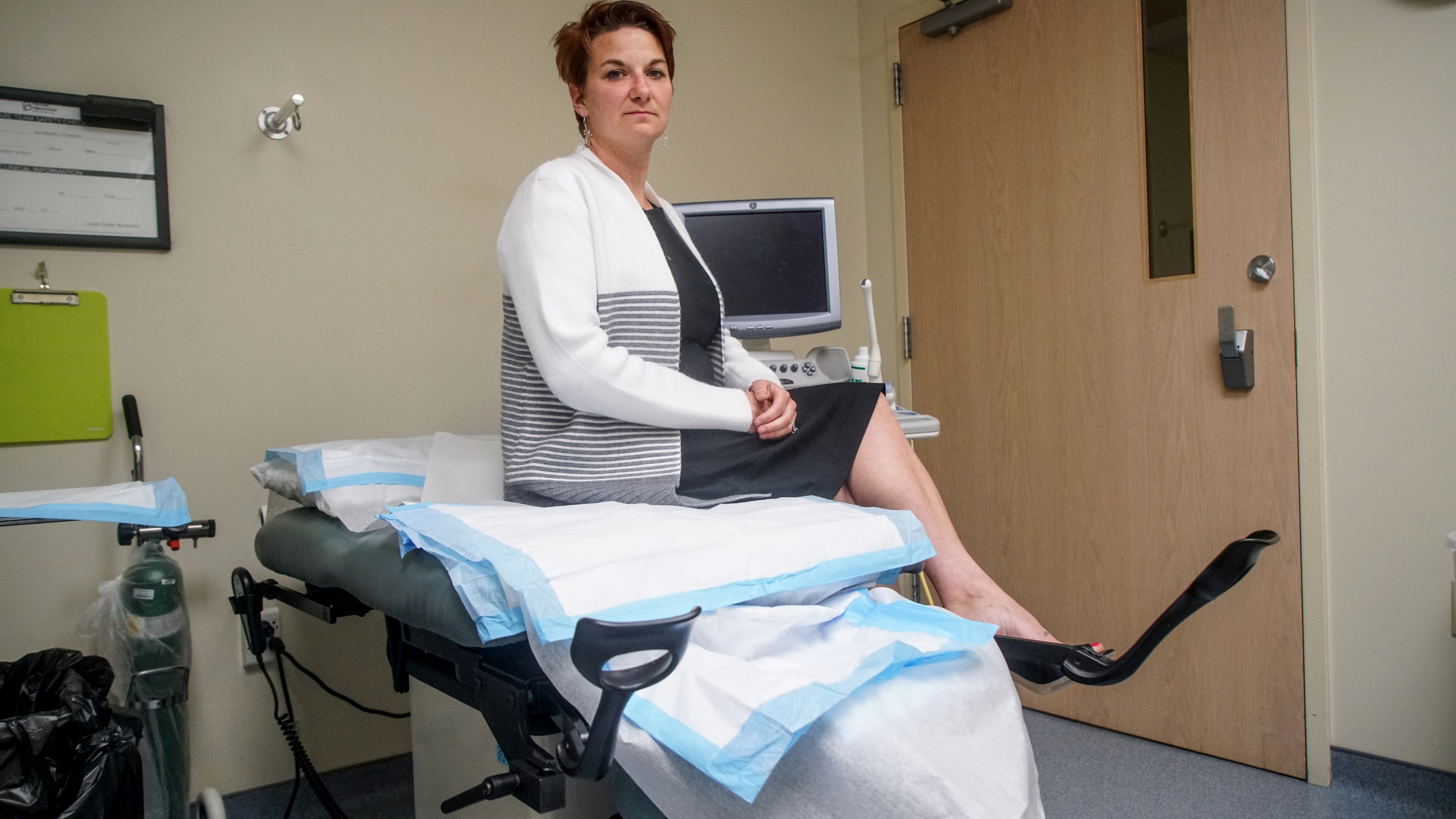 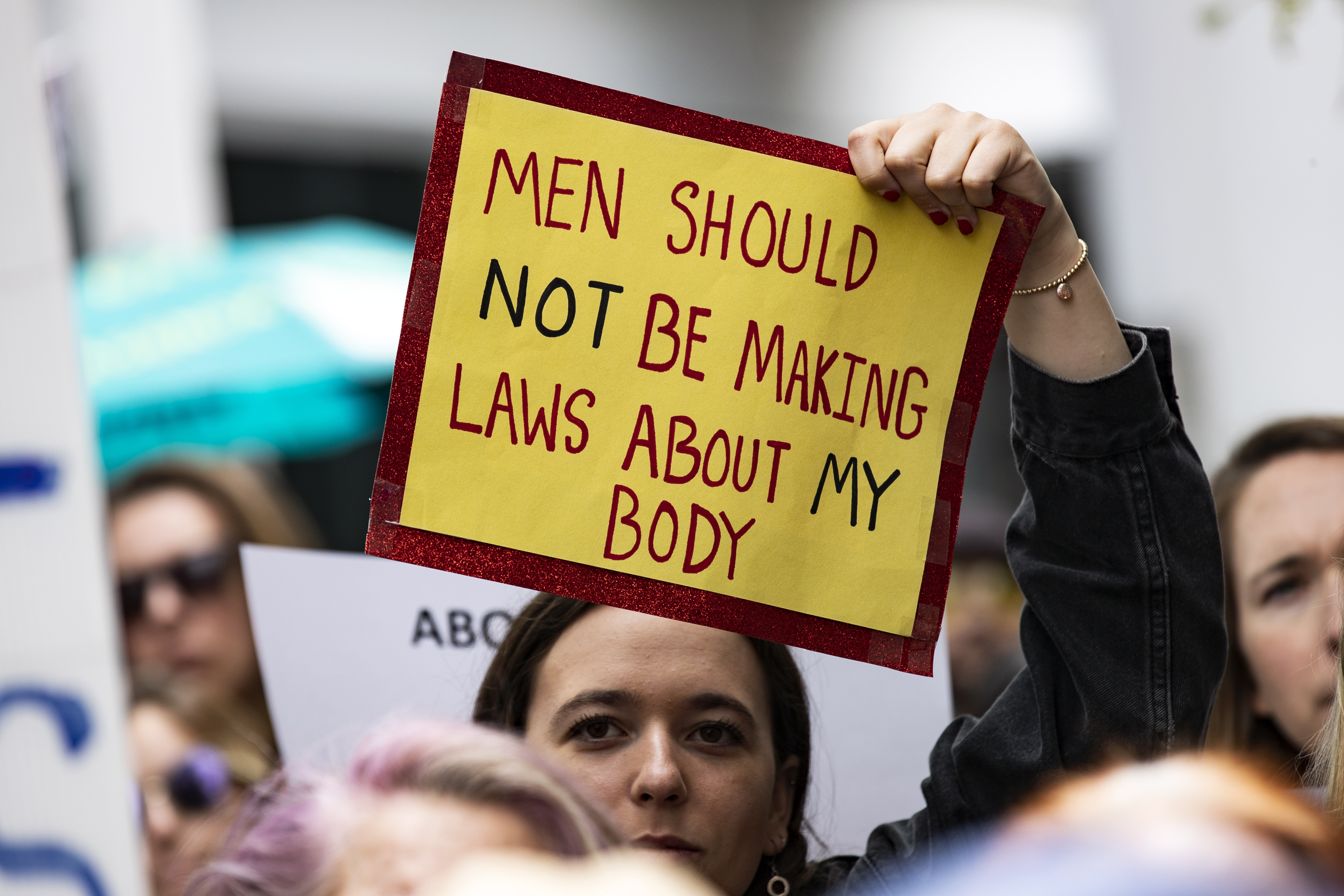 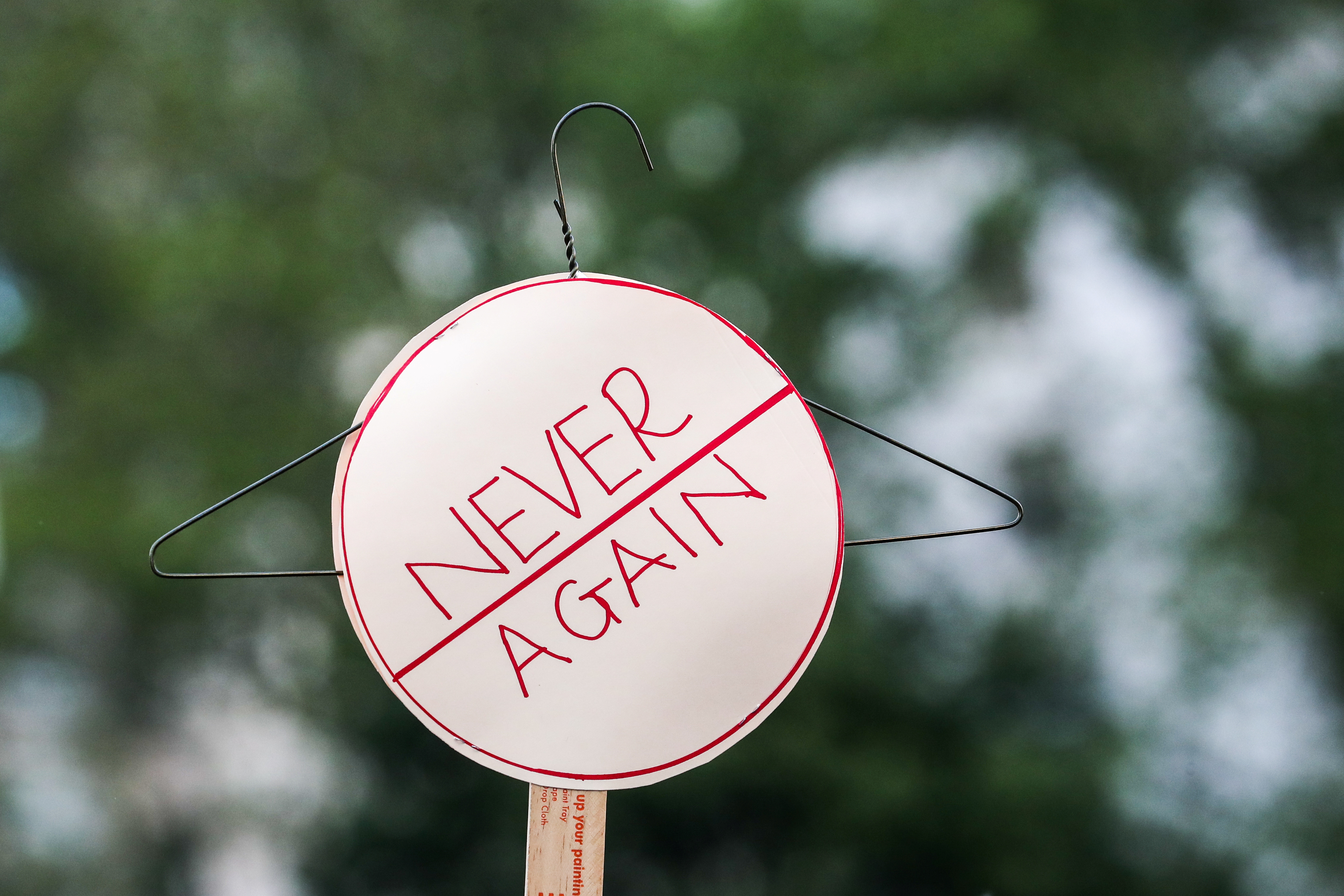