Government should slash ‘too generous’ furlough payments to workers in parts of the UK economy it wants to get back to work, think tank head suggests 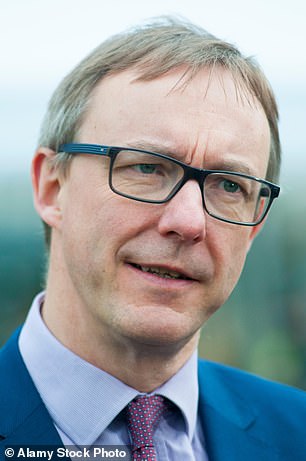 The Government has been told to use cuts to ‘too generous’ furlough payments to get people back to work.

Payments covering 80 per cent of wages to prevent job losses should be cut to 70 or 60 per cent as the programme moves towards becoming a ‘cost sharing’ scheme with firms, the Institute of Fiscal Studies said.

Paul Johnson, the head of the respected economic think tank, acknowledged there was an ‘incredibly difficult and fine judgment’ to be made as some sectors of the economy were unlikely to ever fully recover.

At an online conference to discuss getting people back to work, Mr Johnson said: ‘One of the big questions for Government in moving away from furlough policy is the extent to which it is able to do that differentially by sector.

‘You might think that the current system of really quite generous payments is appropriate for those sectors that have to remain locked down – so supposing you work in a bar or a restaurant you might think that’s reasonable.’

But he said in other areas where the Government wants people to go back to work, the 80 per cent payment – up to a monthly maximum of £2,500 – ‘looks too generous’.

‘It’s not easy to do it by sector but they should certainly do all that they can to achieve that,’ Mr Johnson added.

‘You could, outside of those sectors that are fully locked down, move to some cost sharing – Government will pay half of the salary if, and only if, employers pay some fraction of the salary.’

His comments came as it was revealed coronaphobia could end up thwarting Boris Johnson’s efforts to ease lockdown – as a poll today suggested the public fears the virus far more than immediate economic meltdown.

Exclusive research for MailOnline shows 62 per cent are more worried about the effects of the draconian curbs ending too early, while 38 per cent say their main concern is the havoc they are wreaking on the economy now. 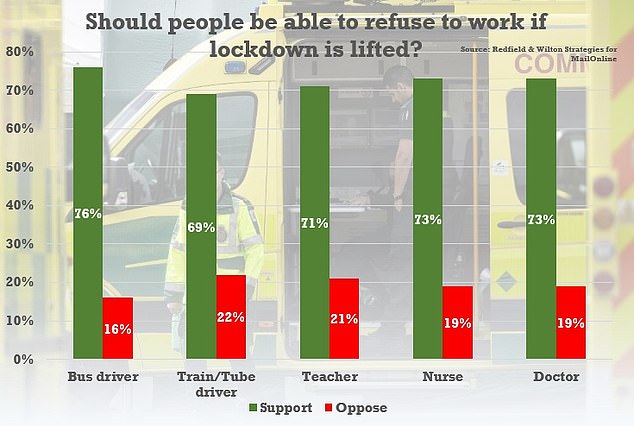 More than three quarters said they would be behind bus drivers who made the ‘personal decision’ to stay off because of safety fears, with just 16 per cent saying they would not support them 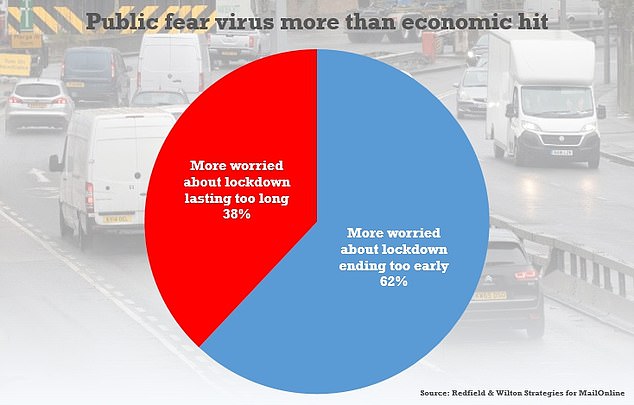 Exclusive research for MailOnline shows 62 per cent are more worried about the effects of the draconian curbs ending too early, while 38 per cent say their main concern is the havoc they are wreaking on the economy now 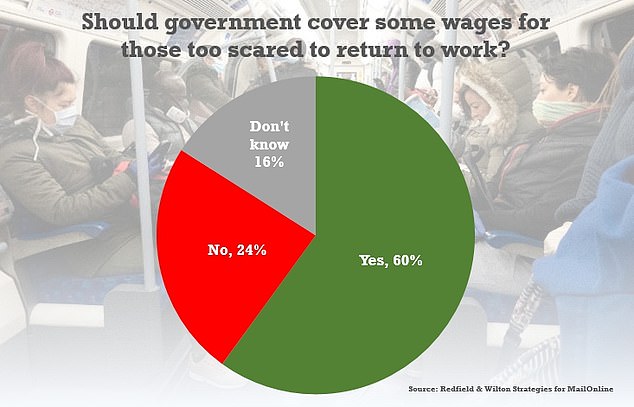 Six in 10 thought the government should continue to subsidise some of the wages of workers who declined to go back, against just 24 per cent who said they would not favour such a move

Around seven in 10 believe bus and train drivers, teachers, and medical staff should have the right to refuse to go back to work, even if the government says it is safe.

Some 60 per cent say the state should keep covering a proportion of people’s wages even if in theory they should be able to resume their jobs.

Nearly half say they could even support strike action if people are ordered to get back to work.

At least 6.3 million people are having up to 80 per cent of their salaries paid by the taxpayer under the furlough system at a cost of some £8 billion and the Chancellor is examining how to ‘wind down’ the scheme due to the unsustainable cost.

Mr Johnson suggested cutting the rate might give workers an incentive to find other work where they could earn a full wage packed.

There was a balance between ‘minimising the long-run impact on the economy of having too many people losing their job altogether’ which would happen if you move too quickly away from the furlough policy ‘but if you move too slowly then you lock people into these sectors and jobs where there isn’t much hope of them continuing to stay in employment’.

That could both add to the cost to the Treasury and delay the economic recovery.

In a paper produced ahead of the online conference, the IFS noted that many jobs may not survive the pandemic.

‘Demand for some goods and services, most notably hospitality, tourism and travel, will remain low for some time, and innovations to how work is organised may permanently reduce demand for certain occupations (while increasing demand for others),’ the report said.

It noted that high street shops were already in decline, while a ‘shake-out’ of the airline industry was already likely and demand for air travel might now be reduced for some time or perhaps even permanently.