Personnel from the Miami Beach, Florida, police and fire departments – as well as the city’s 911 dispatchers — took time Sunday night to honor the victims of last month’s condo building partial collapse in nearby Surfside.

A video posted on social media showed members of the department participating in a light tribute to the victims – as well as their families and first responders.

“This evening, in a show of solidarity and support with Surfside, we shined a light paying tribute to all of the victims, their families and first responders involved in this national tragedy,” a department statement posted on Twitter said. “We were joined by members of MiamiBeachFire and our 911 Dispatchers. #SurfsideStrong.”

The tribute in Miami Beach came on the same night that the still-standing portion of the Champlain Towers condo building in Surfside was razed using explosives – in hopes of providing more safety for search crews and ultimately giving them greater access to the property as they continue looking for victims in the rubble. 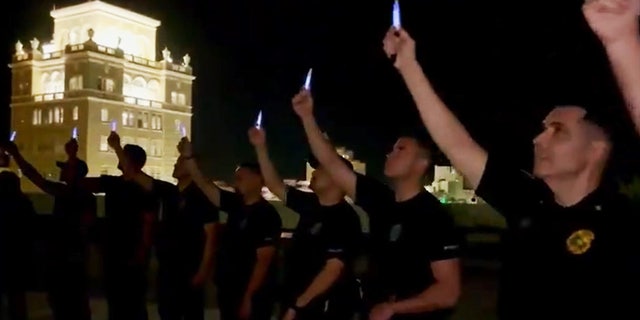