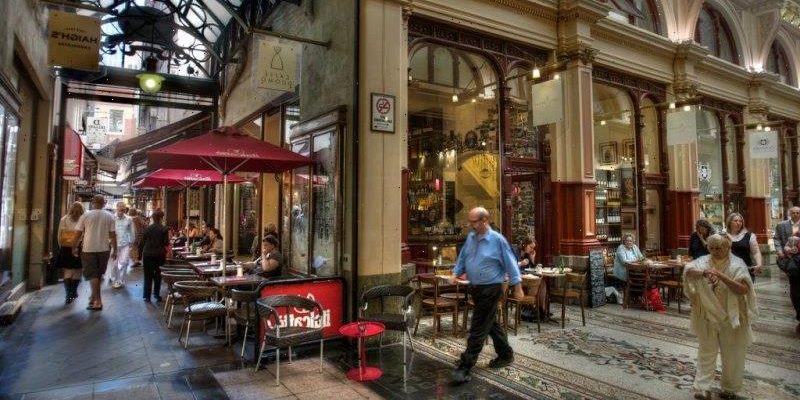 We’re all familiar with the things that have made Melbourne great – our walkable streets and laneways, the bustling shopping strips, the beautiful trees and parks, the heritage buildings and soaring towers, and of course all those cafés, bars and restaurants.

But it wasn’t always this way. In the 1980s, our city was far from being “Australia’s most liveable”: there were fewer than 800 houses in the CBD; heritage structures were being demolished; the city would fill up at 9 and empty after 5. A visiting architect described Melbourne on a weekend as looking so empty, it was as if it had been “neutron-bombed”. 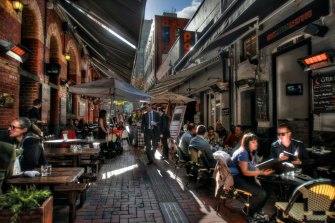 Heritage buildings and laneways have contributed to the city’s appeal.Credit:Craig Sillitoe

At the depth of Melbourne’s malaise in 1985, the City of Melbourne released its first Melbourne Strategy Plan. It set out a vision to transform the CBD by encouraging new bars, restaurants, and shops in traditionally commercial areas. The Hoddle Grid was reframed as a “Central Activities District” and combined with the relaxation of liquor licensing laws saw the birth of Melbourne cool, with a thriving nightlife built around small bars and venues.

In the early 1990s, the city introduced the Postcode 3000 policy to bring more residents into the CBD. Swanston Street was closed to car traffic and linked to Federation Square and the NGV to become a major tourist destination.

In the 2000s, Melbourne prospered on its reputation as a university city with millions of international students encouraged to study here – creating a dynamic, diverse and youthful city. 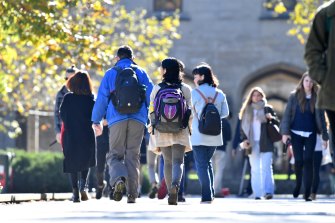 Melbourne’s universities and colleges were a popular destination for international students.Credit:Joe Armao

Modern Melbourne did not happen by magic. It was the cumulative result of many good decisions building on each other.

Now as the Melbourne charts a new post-COVID course, it’s time to update our city vision.

There is every reason to expect Melbourne’s population growth will bounce back stronger than ever. The things that made the city such an attractive place for so many domestic and international immigrants are only going to be more appealing now.

Melbourne is forecast to become Australia’s largest city by the end of the decade, so we need to put in place a plan to ensure the city is both bigger and better.

The City of Melbourne’s new Municipal Planning Strategy and its City Spatial Plan lay out how this will be done.

We want a sustainable city with zero emissions by 2030 and zero waste by 2040 – with a rewired and electrified city running on renewable power, and waste management and the circular economy taken to the next level.

The biggest urban renewal projects in Australia are going to reshape the inner city to the west and north-west.

Fishermans Bend will be home to 80,000 residents and 80,000 workers employed in an advanced manufacturing and education precinct. This busy inner city peninsular will be linked to the city and the western suburbs by Melbourne Metro 2.

From 2025, five new metro stations across the inner city will create major new civic hubs that will become meeting places and public spaces of note for all Melburnians.

The suburb of Arden will be home to 15,000 residents and 34,000 jobs, while the neighbouring Macaulay will have 10,000 residents and 9,500 workers. A new metro line and airport rail link will see these inner-city suburbs boom with new mid-rise residential and office developments – a Barcelona of the south.

West Melbourne will be the next Fitzroy or Collingwood, as it is purposefully developed as a mixed-use suburb that builds on its industrial heritage, with a new tram line and high street shopping strip along Spencer Street.

Planning controls and design guides will ensure new buildings achieve design excellence and maintain a distinctive Melbourne character, while sustainable buildings and green infrastructure will be a hallmark of our city.

Melbourne was once the capital of the Garden State and this tradition will continue with a multitude of new green open spaces both small and large – the densely populated suburbs of Southbank and Docklands are earmarked for major new parks.

The Greenline project will transform the heart of our city with a new four-kilometre waterfront promenade from Birrarung Marr to Docklands. It will do for the north bank of the Yarra what Southbank Promenade did for the south 30 years ago.

Melbourne’s forgotten and abused inner-city waterways will be rejuvenated. The lower reaches of the Moonee Ponds Creek will be replanted to create a green corridor from the Yarra River to Royal Park, while the Maribyrnong River will be revitalised as an idyllic place for waterside living on the doorstep of the city.

It’s rare for the City of Melbourne or any government to release such a big and bold document that covers so much ground.

But in a city like Melbourne there is always better, and history tells us this achieved through good planning.

The Municipal Planning Strategy and the spatial plan will be considered by the Future Melbourne Committee next week and – pending authorisation from the planning minister – will shortly be released for public exhibition. They will undoubtedly attract plenty of brickbats and bouquets. This is a good thing. Let the debate begin.