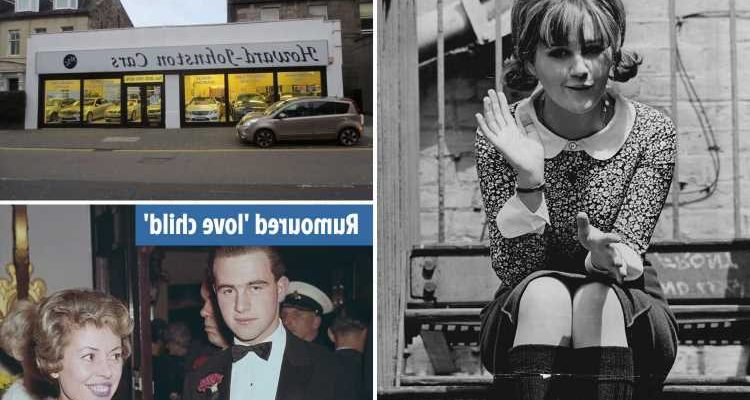 PRINCE Philip was supposed to have around 800 mourners at his funeral, but Covid restrictions has slashed the list to just 30.

That will leave room for the Queen and their four children, as well as their eight grandchildren — but not much space for his dozens of godchildren. 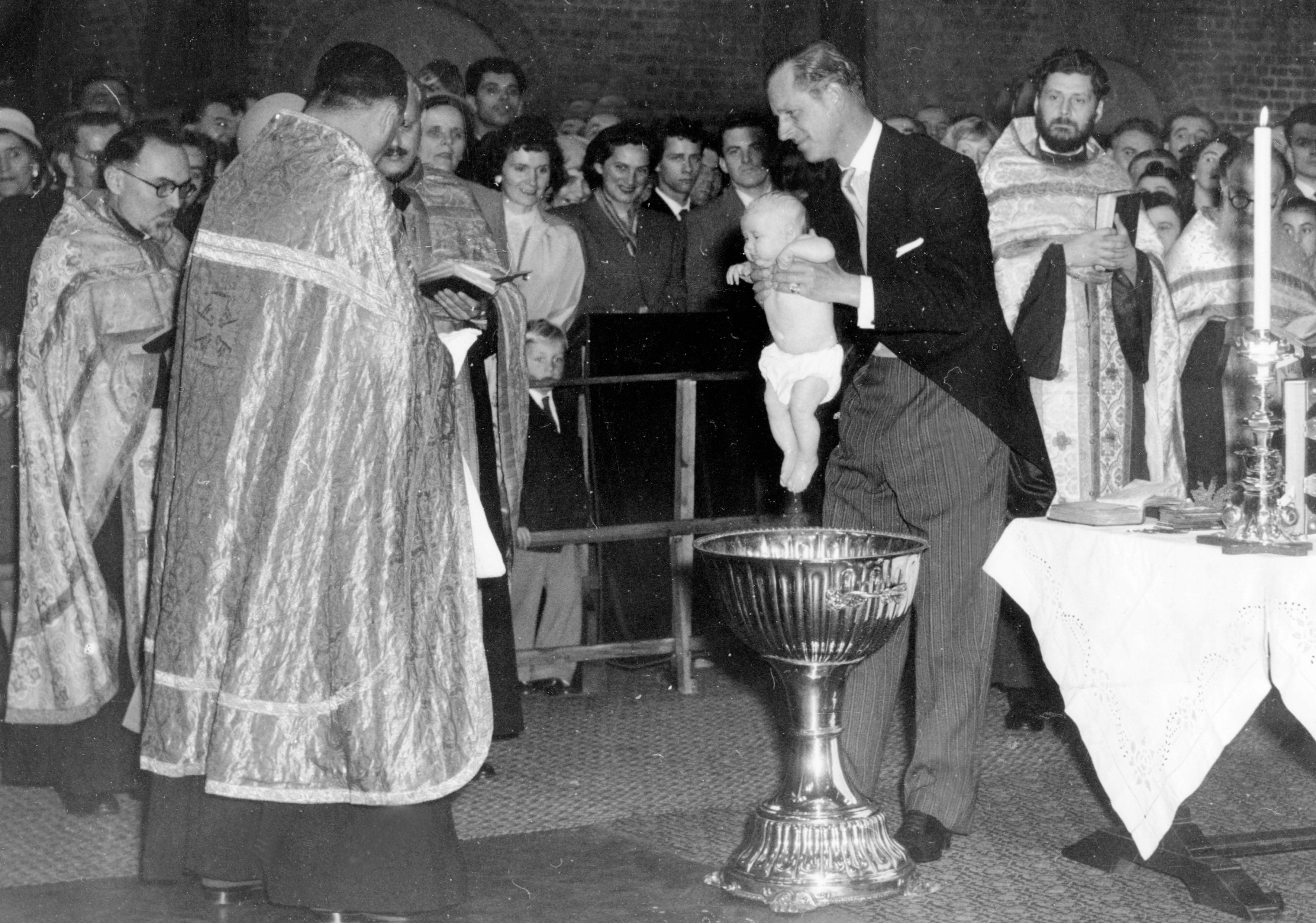 The late Duke of Edinburgh, who passed away aged 99 last week, was thought to have been godfather to over 50 people.

They include a pop star who toured with The Beatles, a used car salesman, and a businessman who tragically took his own life.

The Prince also counted a queen among his godchildren — or at least a “Custodian of the Romanian Crown”, Her Majesty Margareta — who was once Gordon Brown’s girlfriend.

She’s the eldest daughter of Philip’s cousin, Michael I, who was the last King of Romania. 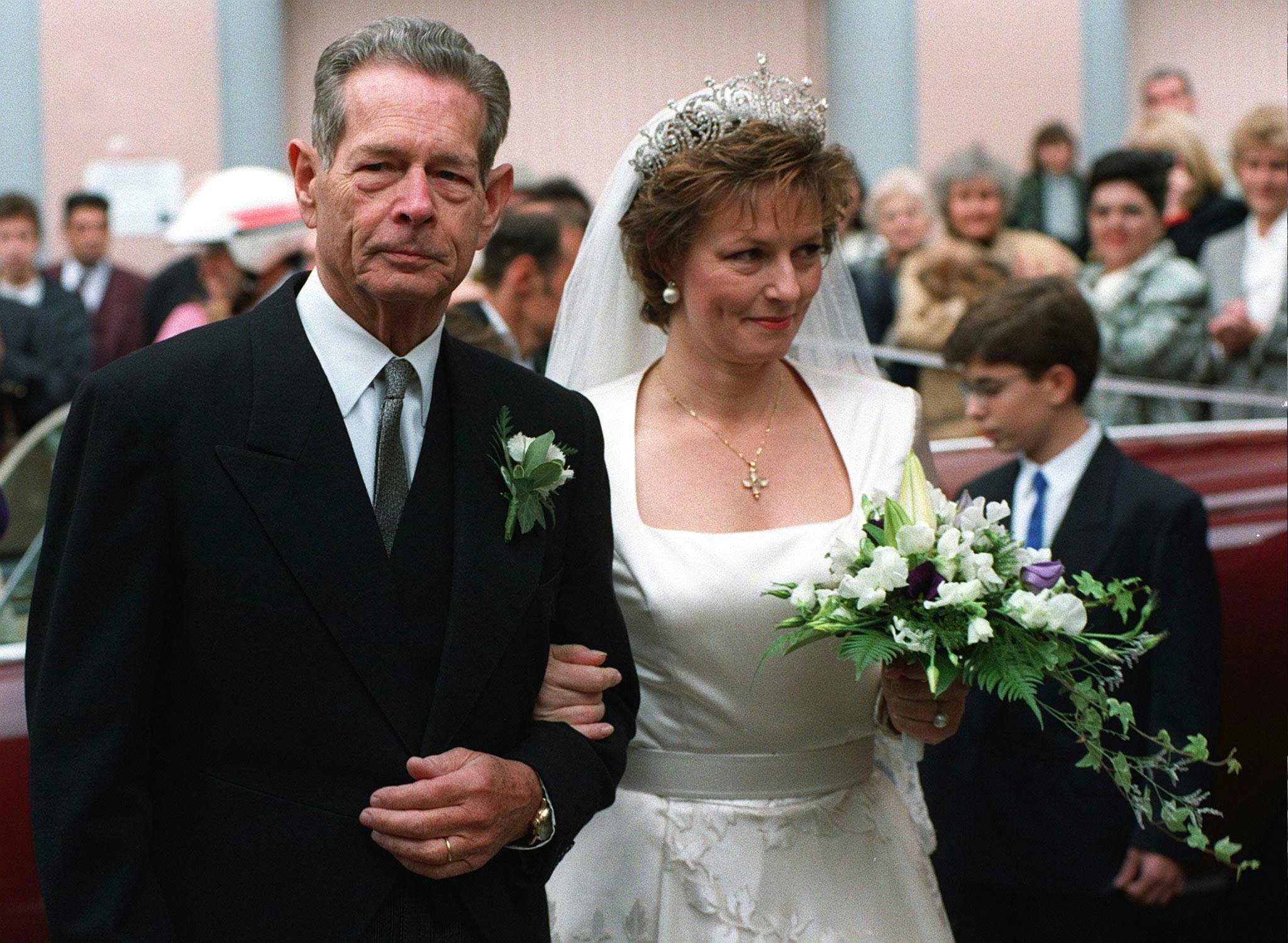 When Michael I passed away in 2017, Prince Philip became a “father figure” to Margareta, according to a statement on the Romanian Royal Family’s website.

Of course, not everyone in Prince Philip’s gaggle of godchildren got to enjoy such a close relationship with the Duke.

But nevertheless, for their well-connected parents, having Prince Philip as their children’s godfather was an offer they could not refuse.

Louise Cordet may have had a single hit in the 1960s, I’m Just a Baby, but it took her to some incredible places — including on tour with the Beatles.

Now 76, Cordet is the daughter of Greek cabaret star Hélène Cordet, who was a childhood friend of Philip. 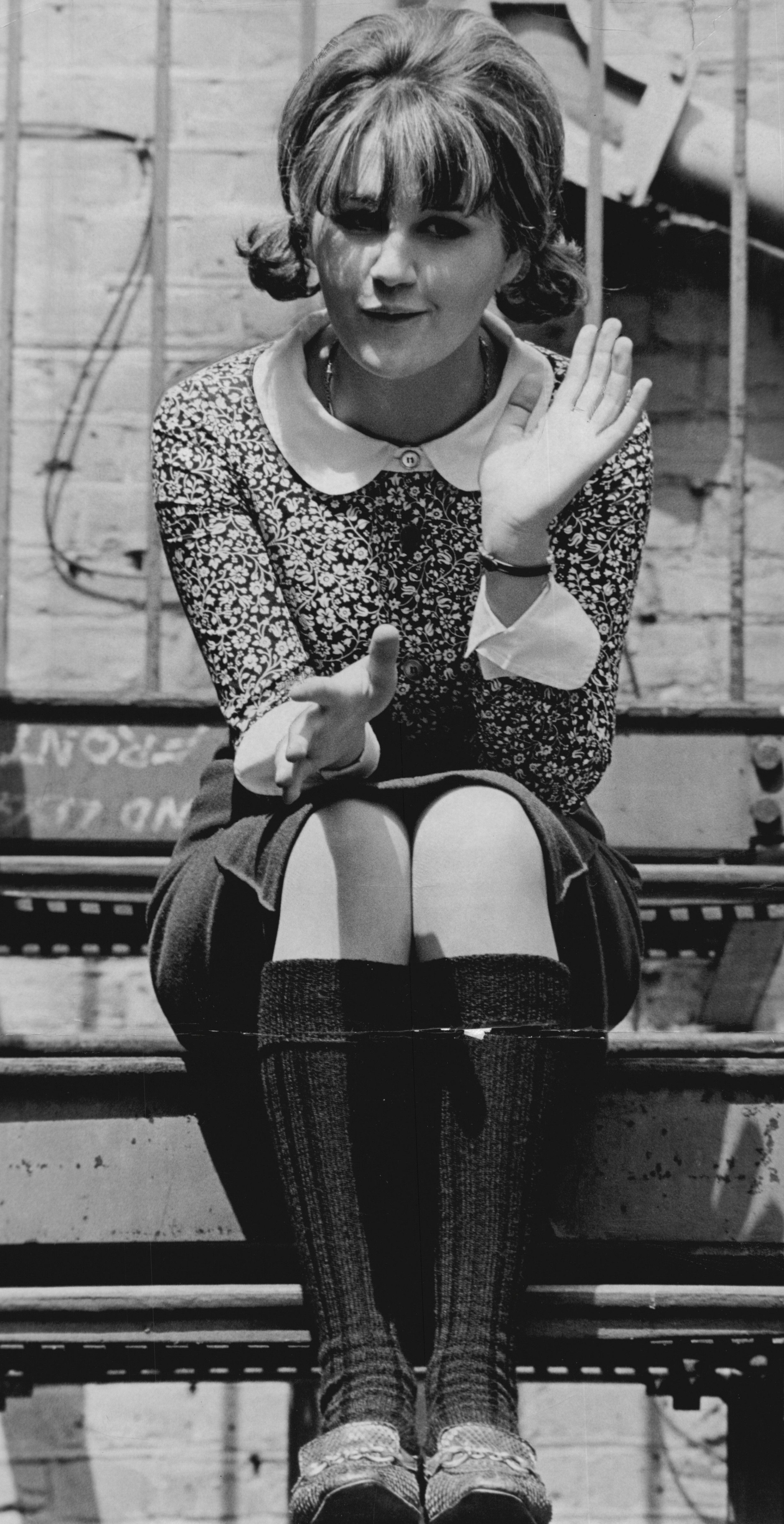 Hélène’s parents helped Philip’s mother and father after their exile from Greece in the 1920s, beginning the families’ close bond.

Louise starred in films including the 1963 musical Just for Fun — alongside disgraced DJ Jimmy Savile.

Her son, Alexi Murdoch, is now a successful singer and songwriter in his own right.

Louise’s brother, Professor Max Boisot, was also Philip’s godchild — but he was rumoured to be his biological child for years.

Speculation swirled as Philip helped to pay for Max’s school fees at Gordonstoun, where the late Duke also studied.

When Hélène refused to reveal the paternity of Max, it was assumed by some that Philip was his father. 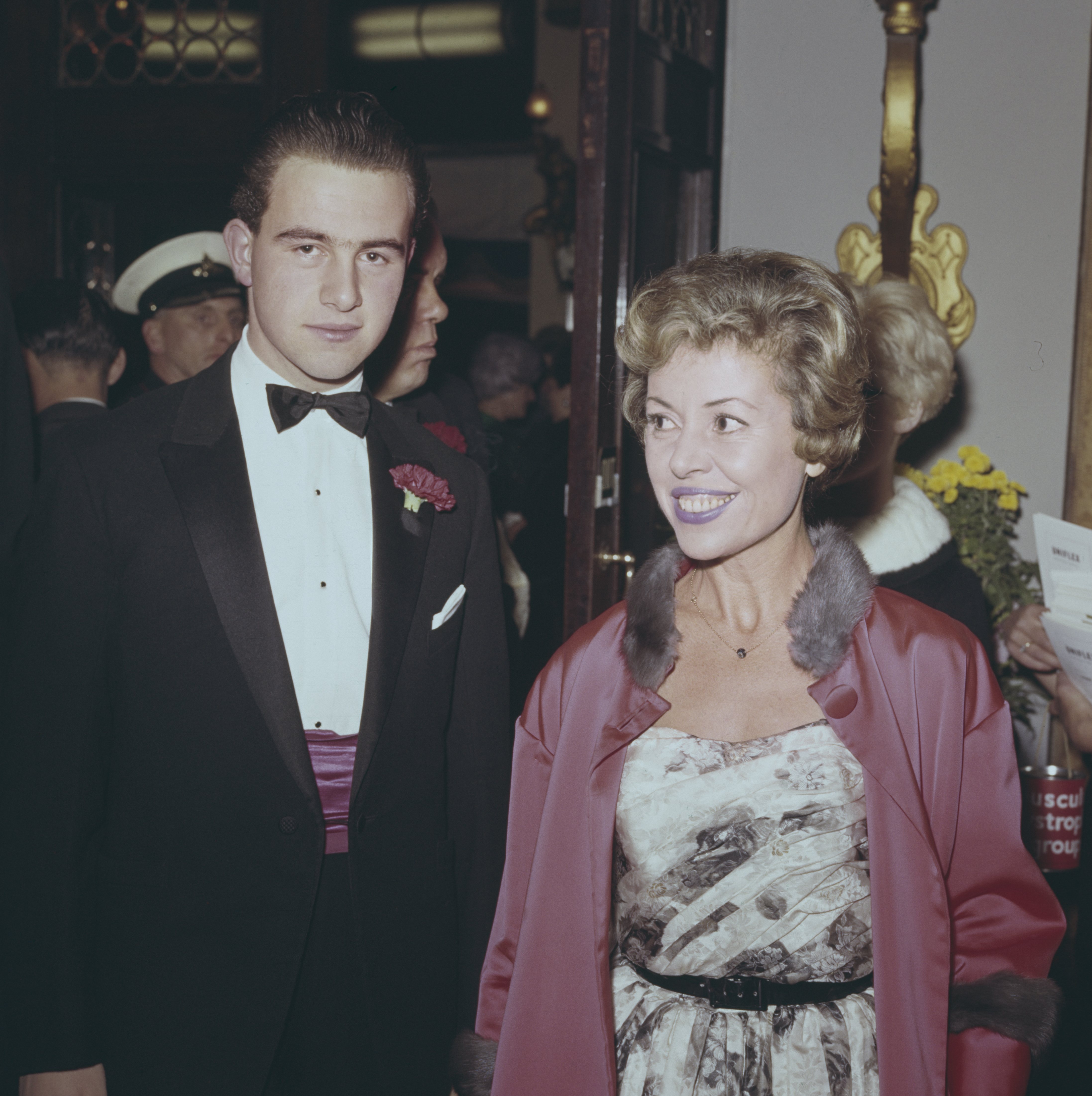 But Max publicly denied the rumour in 1996 — his father was a french airman who became  Hélène’s second husband.

After Gordonstoun Max went on to study at Cambridge and became an architect, also serving as a professor of Strategic Management at the ESADE business school in Barcelona.

While there’s no official list, Prince Philip is believed to have had over 50 godchildren.

They're thought to include:

As well as the nature of his relationship with Hélène, Philip was also close with Gina Wernher, a distant cousin of the Queen.

She married Lt.-Col. Harold Phillips, with whom she had five kids — including Nicholas, to whom Philip was a godfather. 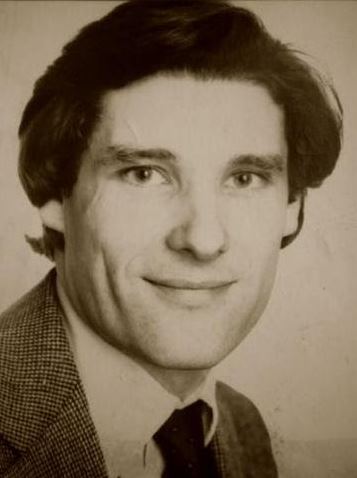 Nicholas was landowner and businessman who, in 1991, took his own life amid financial difficulties.

Philip Howard-Johnston has something of an unexpected trade for someone who called the Duke of Edinburgh their godfather.

Howard-Johnston is the grandson of Douglas Haig, the infamous commander of British forces during the First World War. 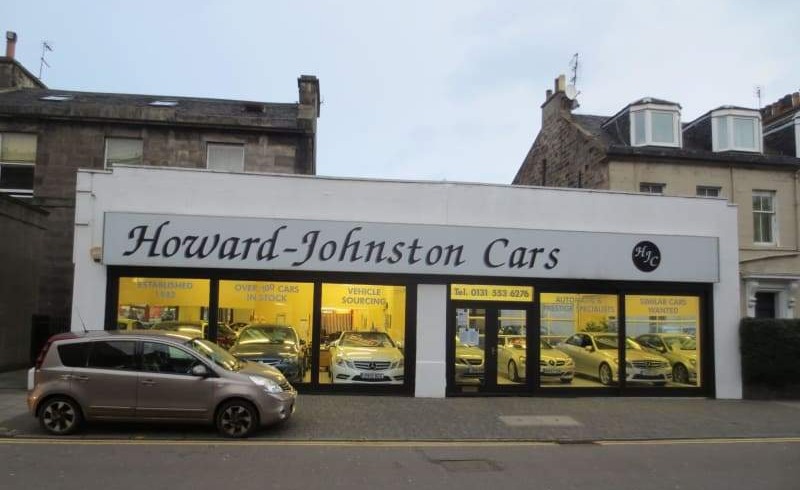 He runs Howard-Johnston Cars in Edinburgh, which was established in 1969.

Despite its lofty connection, the company’s site says it offers vehicles which “suit all budgets and tastes”.

Philip Lawson Johnston’s trade has earned him a Royal Warrant — but he was already linked with the family as Philip’s godson.

The Oxfordshire-based glass engraver is the son of 2nd Baron Luke, a friend of Prince Philip and one time chairman of Bovril. 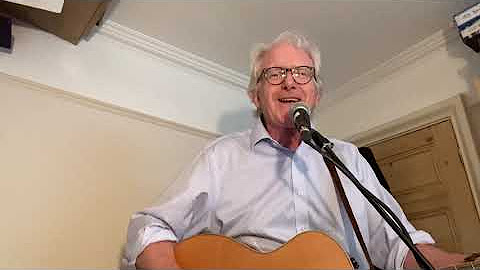 Lawson Johnston says his father worked with Philip at the National Playing Fields Association, now known as Fields in Trust, a charity which protects parks and green spaces.

And despite only meeting the Duke predominantly at formal occasions, Lawson Johnston believes he was named after Prince Philip.

Fans of The Crown loved the episodes on The Thursday Club — Philip’s debauched lunch club.

Someone he brought into the exclusive society was Commander Michael Parker, a close friend of the Duke’s who became his Private Secretary and Equerry. 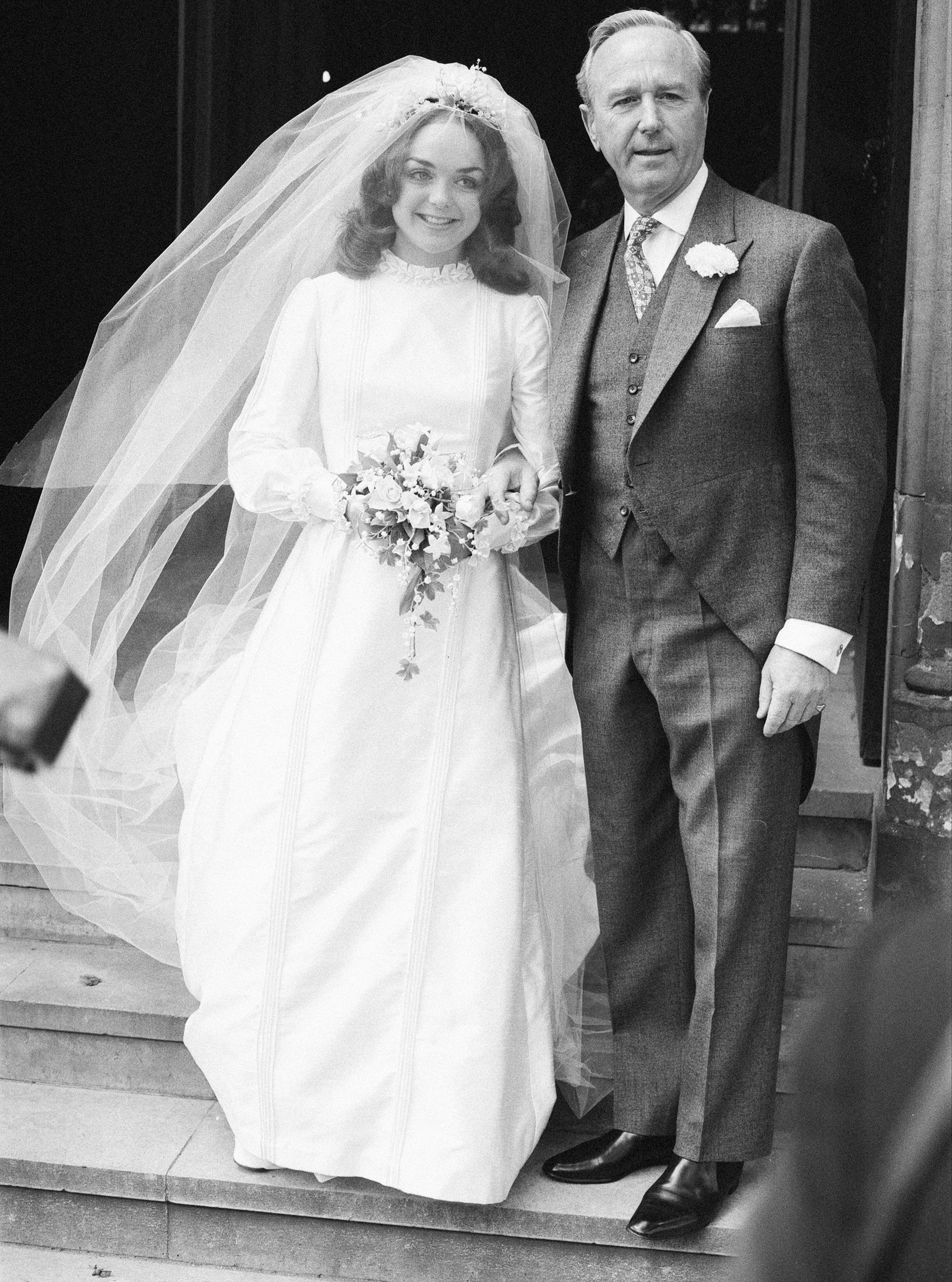 When Parker’s daughter Julie was born in 1948, Prince Philip agreed to be her godfather.

Parker resigned as Philip’s right-hand man 10 years later when his marriage to Julie’s mother broke down and they got divorced, which was then a scandal.

He and Duke remained friends until his death in 2001.

As well as being one of Philip’s godchildren, Annabel Cope had the honour of being a bridesmaid to Princess Margaret at her wedding to Lord Snowdon in 1960.

She also opened her home up to her brother, Simon Rhodes, when he was forced out of Zimbabwe by Mugabe in 2000. 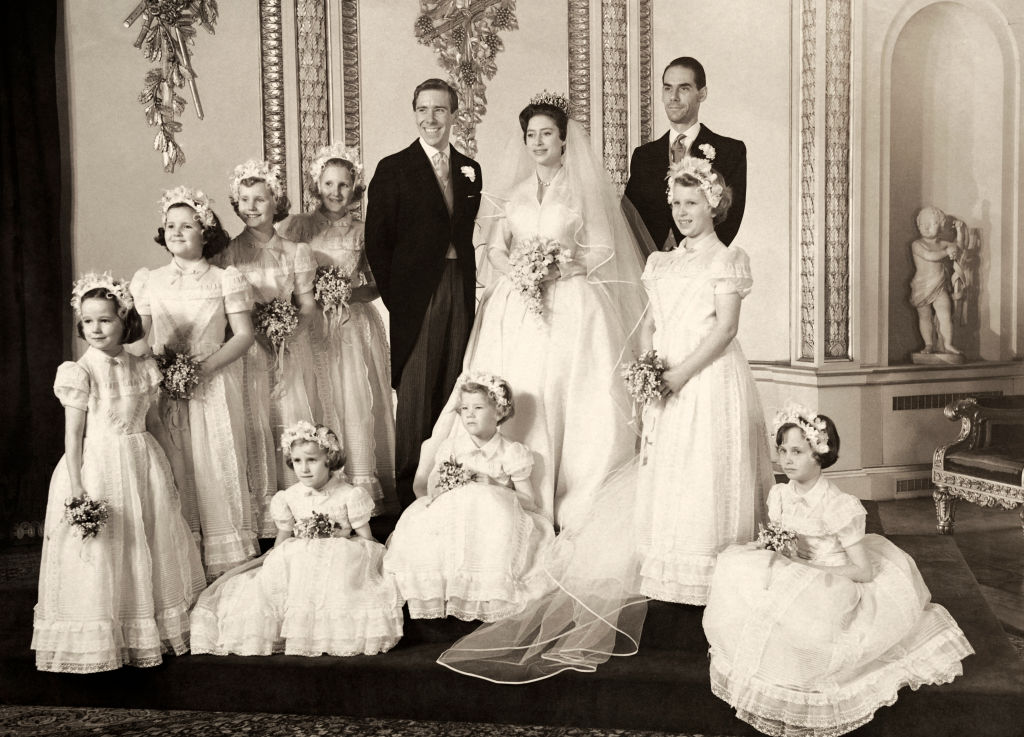 More recently, in 2016, she aimed to raise money for a charity with a “Swear That You Care” campaign.

The idea was to encourage people who made a New Year’s resolution to avoid cursing to donate cash to Northam Lodge, which supports people with learning disabilities, every time they broke their vow.

The Canadian debutante was his first girlfriend and they remained together throughout the Second World War. 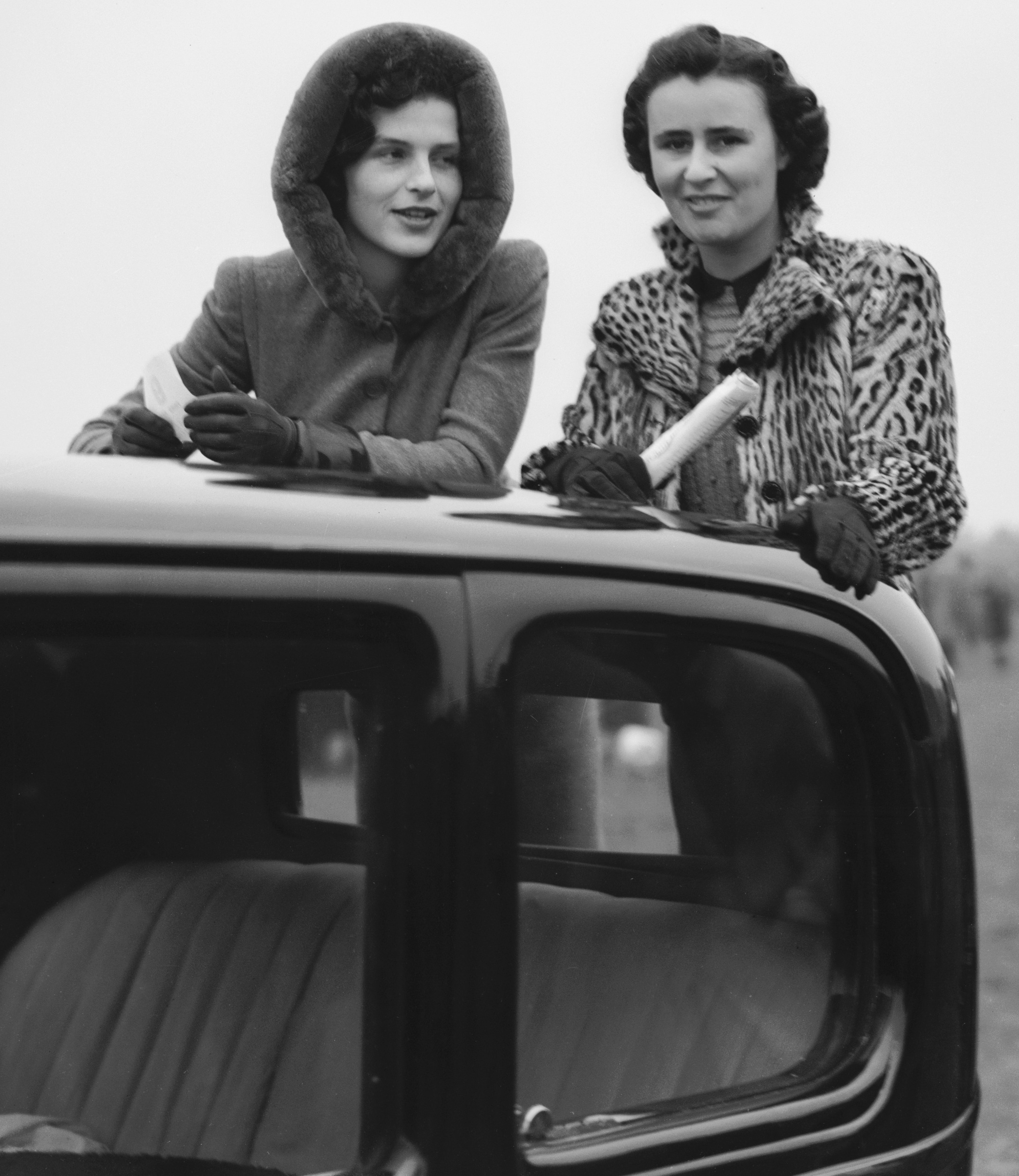 At the time, Benning worked at the British code-breaking HQ in Bletchley Park.

After the war ended, Benning split from Philip and married John Henniker-Major.

But there can’t have been any hard feelings, as the Duke agreed to be the godson of her son, Mark.

As well as being his godson, Ashley Hicks is also the first cousin once-removed of Prince Philip.

Hicks, 57, is the grandson of Louis Mountbatten, Philip’s uncle, who was assassinated by the IRA in 1979. 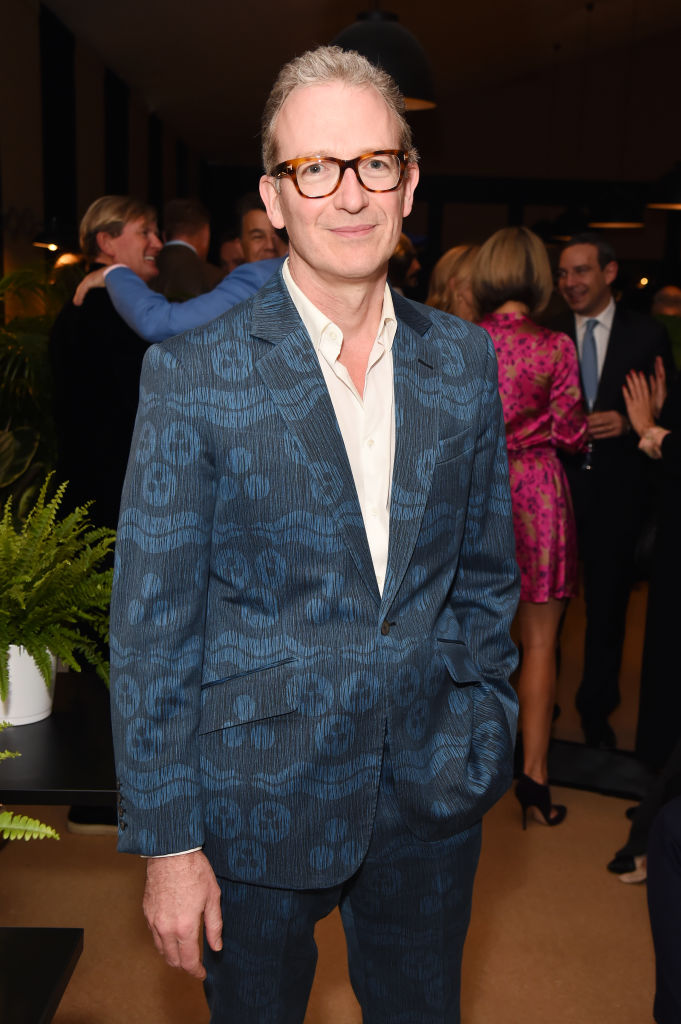 As well as blogging about the architecture and interiors, Hicks has his own fabric and furniture lines.

He also sells hand-painted tabletop resin obelisks through his website for the princely sum of £925 each. 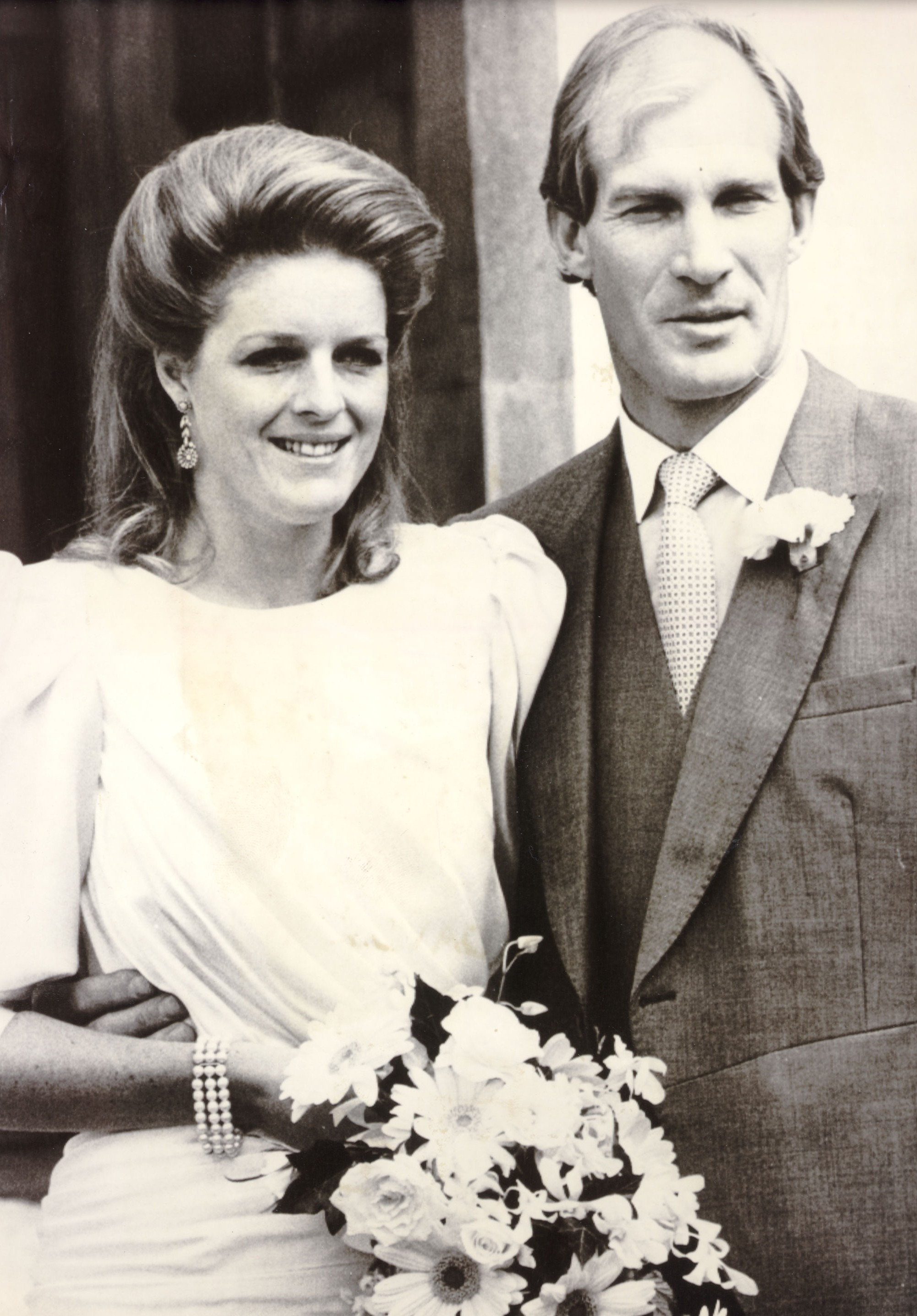 One of their children, Rose, was part of Prince Harry’s set and she runs a luxury safari company.

Leigh’s dad played polo with Philip and was the head of the elite Guards Polo Club. 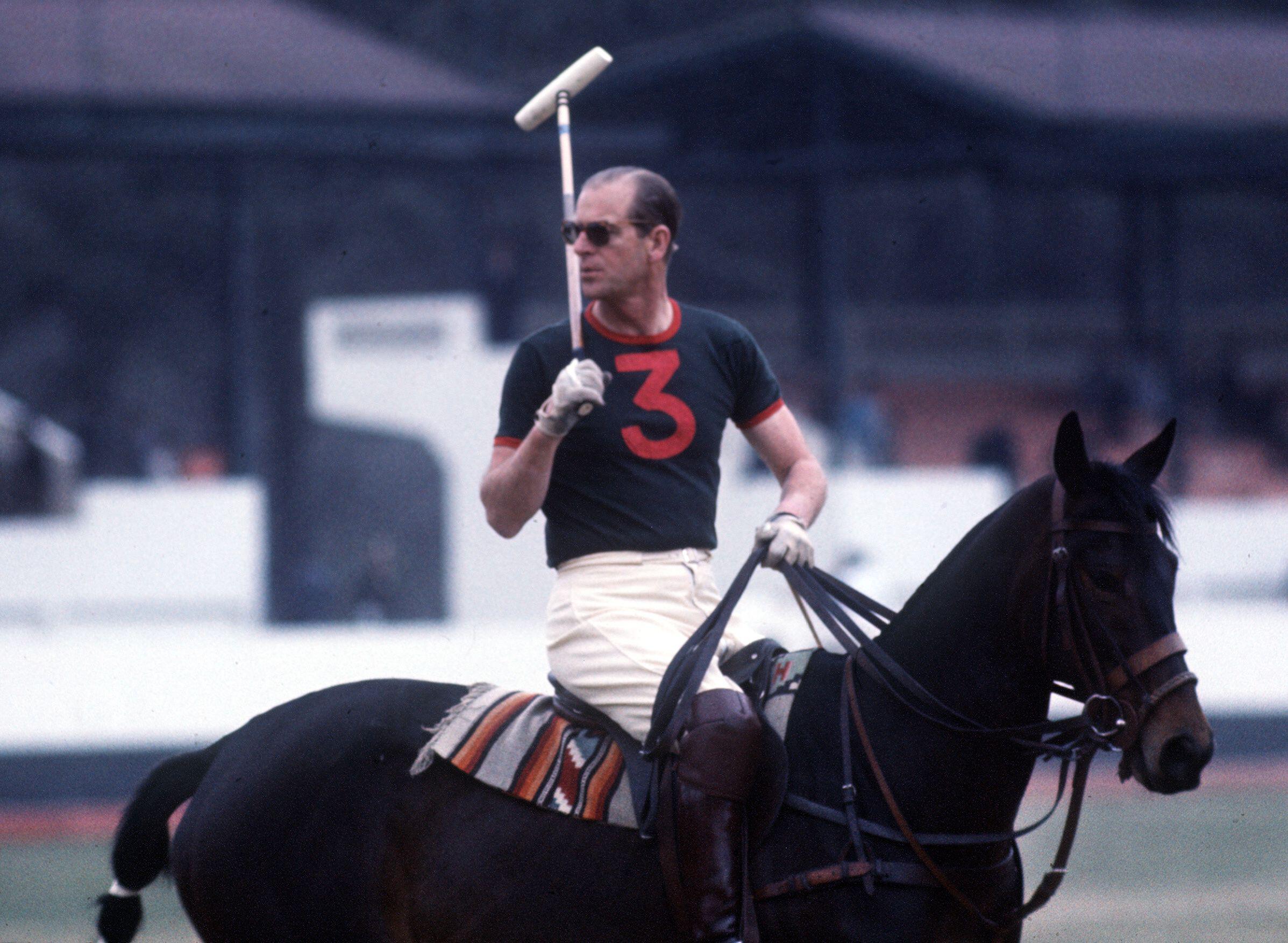 As well as being Philip’s godson, Leigh studied at Eton and became a consultant based in Berkshire.

And he has another royal connection through his niece, Laura Gerard Leigh, who was Prince Harry’s first girlfriend.