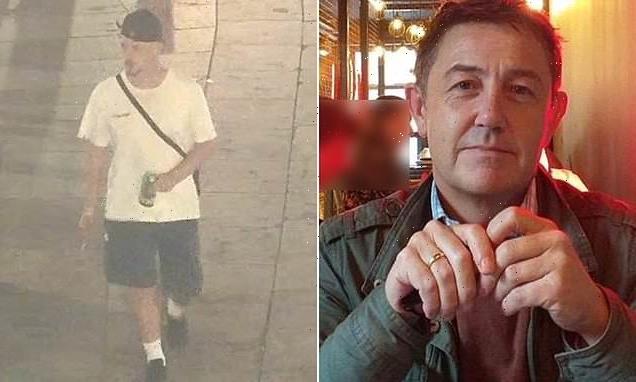 Manhunt for witness over the murder of father-of-two psychiatrist, 54, who was beaten to death in a Cardiff park

A mystery witness is being tracked over the murder of a top psychiatrist killed in a brutal attack in castle grounds.

He died 16 days later at the University Hospital of Wales, Cardiff and three people – including a 16-year-old girl – have since appeared in court charged with his murder.

Now, detectives combing hours of CCTV footage of the night of Dr Jenkins’ death have issued footage of a young man seen in the area at the time he was killed.

They stressed that the man was not a suspect – but said that he may be able to help with the investigation. 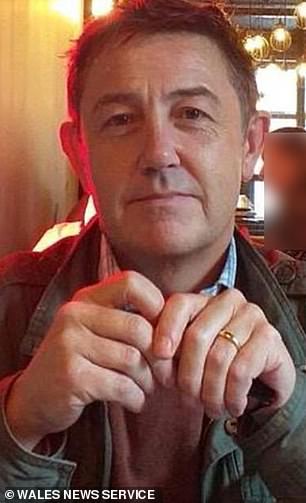 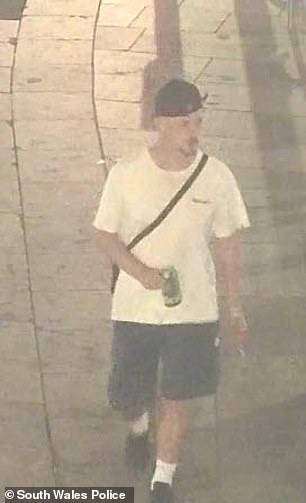 Dr Gary Jenkins, 54, died 16 days after he was left fighting for his life following an attack in the grounds of Cardiff Castle in the early hours. South Wales Police said the person (right) they want to speak to ‘has done nothing wrong’ but they may have important information

Detective Chief Inspector Stuart Wales, said: ‘I would like to thank the community for the excellent support they have provided to this investigation to date, which has helped enormously.

‘We are now making a further appeal for the man in this CCTV image to come forward, so that we can speak with him about his movements and interactions in Cardiff City centre during the relevant time.

‘We believe he would have been in the vicinity of the top of Queen Street near its junction with St John Street at around 11.30pm on Monday, July 19.

‘I must stress he has done nothing wrong but he may have important information that would further assist our enquiries in relation to what happened to Dr Gary Jenkins.’

Mr Edwards, from Riverside, Cardiff, and Mr Strickland, of no fixed address, appeared in court, while the girl attended via video link. 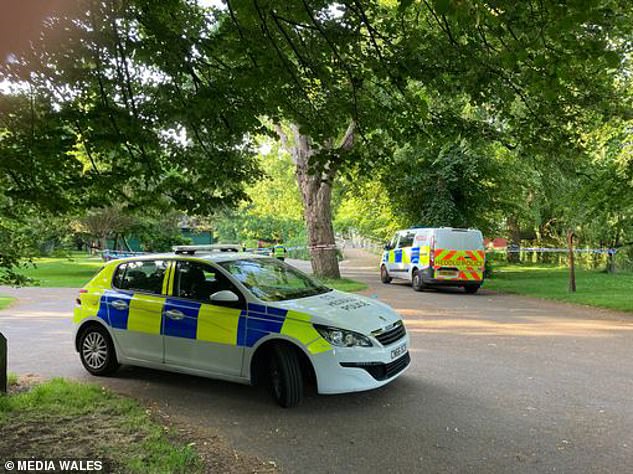 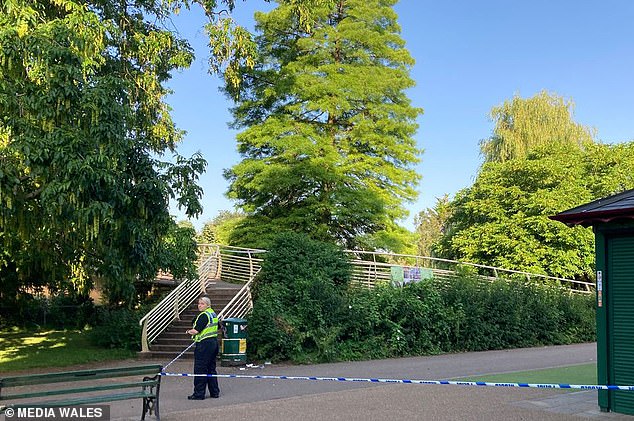 Pictured: A section of the park is cordoned off as police carry out their investigations

A hearing will take place on 15 October where pleas are expected to be entered.

The three were previously charged with attempted murder but he died 16 days after the attack.

‘He died in intensive care after a transition to palliative care.’

Dr Jenkins’ cause of death was given as ‘blunt head injury’.

The consultant psychiatrist worked for Cardiff and Vale NHS Trust and was described as a ‘loving father of two.’

In a statement, his family said: ‘We are distraught to announce the untimely death of Dr Gary Jenkins, who was a loving father of two wonderful daughters.

‘He lived his life happily with love, music, creativity and dedication to his profession.’