A MAN was shot and killed in Seattle near a large gathering celebrating the victory of Joe Biden in the 2020 presidential election.

Police reportedly responded to the area around 1am on Sunday and began life-saving measures on the 31-year-old man who had been shot. 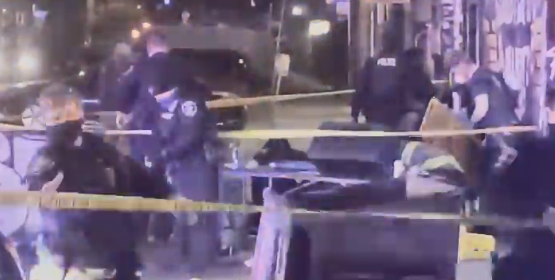 The man was then taken to Harborview Medical Center, where he later died, according to police.

He was shot is Seattle's Capitol Hill neighborhood near what was formerly known as the Capitol Hill Occupied Protest (CHOP) zone over the summer.

The CHOP zone was a roughly six block area in the city, which protesters declared was autonomous after violent clashes between police and Black Lives Matter protesters. The zone was cleared of occupants by July.

According to reports, many revelers had gathered in the CHOP zone area on Saturday after several media outlets declared Biden the projected winner of the contentious 2020 presidential election.

Outdoor celebrations in Seattle, and in cities across the US, continued well into the night.

It's unclear at this time if the shooting was in any way related to the election.

Police confirmed that they are actively investigating, but there appears to be no suspect in custody at this time.

"Homicide detectives and CSI responded to the scene and began their investigation," the Seattle Police Department said in a statement released several hours after the shooting.

"This remains an active and on-going investigation."