THIS is the savage moment a pet owner hacked a ferocious cougar to death with a machete as it mauled his Labrador.

The unnamed man, who was clenching a machete, was filmed repeatedly hitting the feline after it attempted to attack his pet dog. 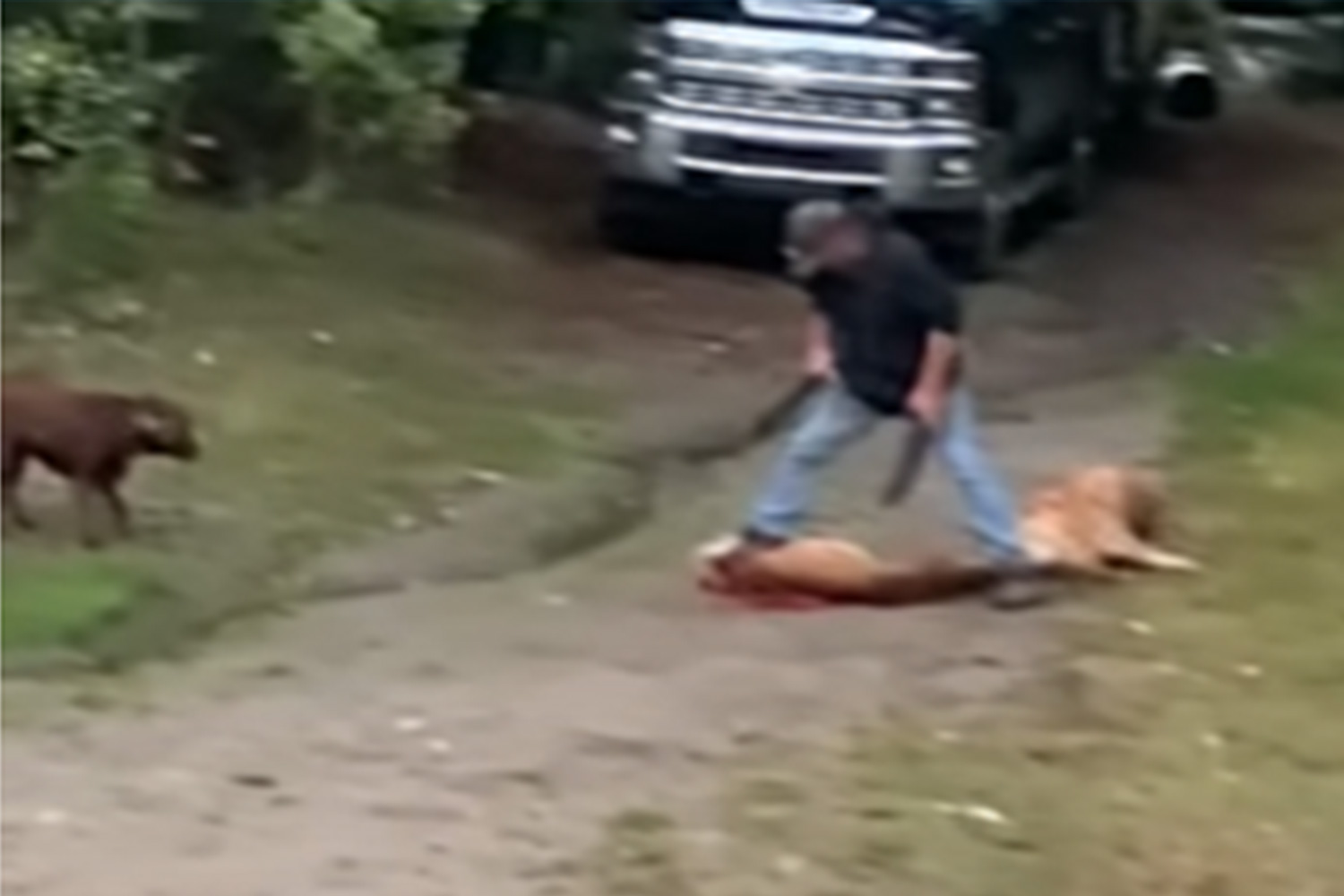 According to a man in the comments claiming to be his best friend, the incident occurred in a nature reserve called Bear Creek – which sits just outside the Canadian city of Vernon BC.

Todd McMurray, alleged that the man in question had been warned about the cougar and when he noticed the cougar he immediately ran to grab his machete.

“The 3 legged lab was his girlfriends dog named Chopper, who unfortunately had to be put down due to massive injuries two days later,” he wrote.

“Conservation officers the next day confirmed that the cougar was half starved and likely going to die because it’s mouth and paws had several porcupine quills festering."

The man's friend also detailed that he had beaten the furious feline to death with a machete, which he allegedly used for camping, in order to save his beloved dog.

The graphic clip of the killing soon racked up more than 95,000 views in 24 hours as people took to the comments to defend the man’s actions.

One said: “I would have done the same for my dog, the guy has balls. Scary how many blows it took though.”

Another concurred: “When bad things happen, good people jump in. I would have done the same.”

While a third even branded him a hero adding that “he deserved an award.”

What is a cougar? 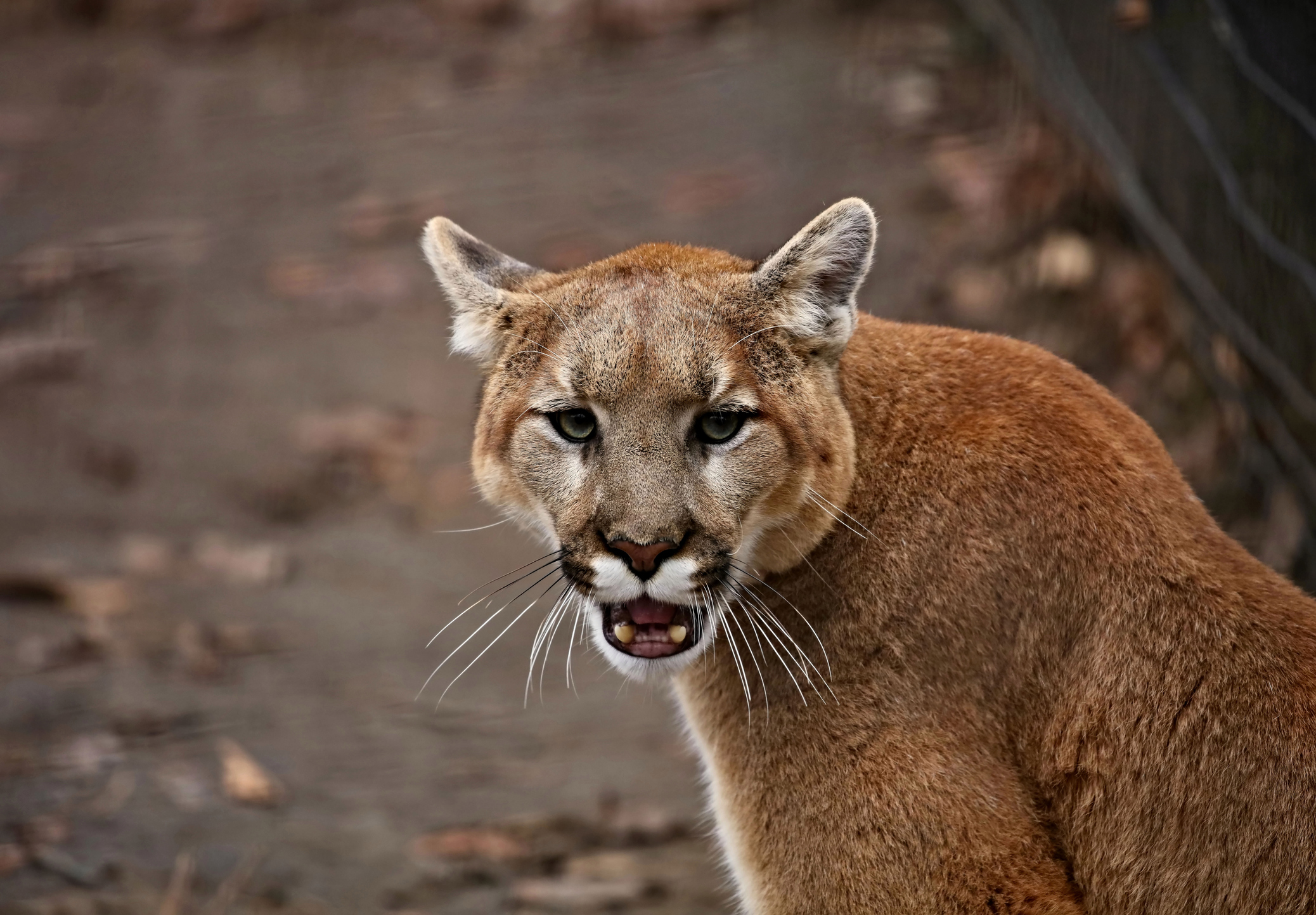 Cougars are large wild cats that are native to North America, a small region of Florida and South America.

They prey on deer but also feed on smaller animals such as livestock and insects.

The predators are excellent climbers and can jump over 6 meters (20 feet).

Females can give birth to 2-3 kittens at a time and cubs tend to leave their mother at the age of two.

In the wild, cougars have a life expectancy of around 10 years but in captivity, they can live to as long as 20.

It comes five years a similar incident in Canada in which a man claimed to have punched a vicious cougar in the face in order to rescue his pet in peril.

Will Gibb, who described his pets like his “children,” rushed to rescue his pup Sasha as it was attacked by a big cat.

Mr Gibb told Canada's CBC News: "She [Sasha] was crying out in pain and distress so I went running, and I saw something wrapped around her so I ran up and punched it in the side of the head.

“I wasn't really analysing it too much at the time — all that was going through my mind is that I had to protect my dog.

"It was just very instinctual,” he added.