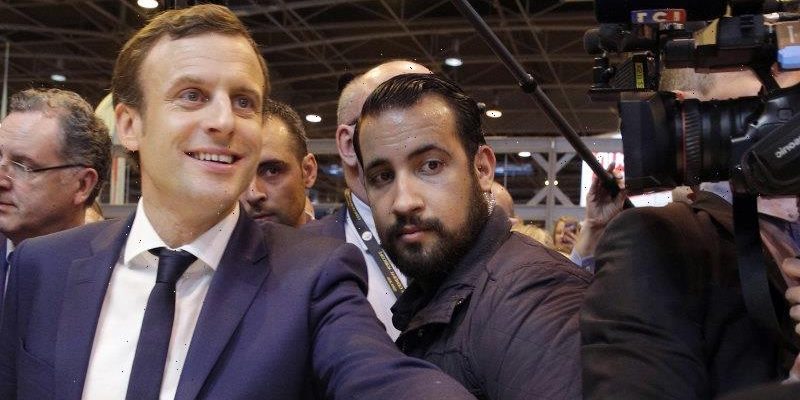 Paris: A former security aide to French President Emmanuel Macron has been found guilty of assaulting protesters and posing as a police officer during a protest in 2018, in a case that caused the administration’s first major scandal and led to intense criticism of Macron’s governing style.

Alexandre Benalla, 30, was sentenced by a court in Paris to three years in prison, one of them under house arrest with electronic monitoring, and the two others suspended, meaning he will not serve them unless he commits a new crime within a given time frame and a court orders that the full sentence be served. 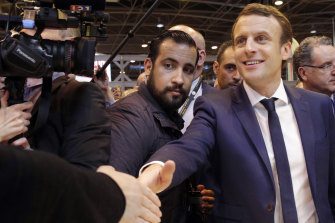 Benalla was also fined €500 ($780) and barred from working as a civil servant for five years.

A lawyer for Benalla told the BFMTV news channel that he was appealing the conviction.

Benalla had been in charge of security during Macron’s 2017 presidential campaign and became an aide to his deputy chief of staff after the election. He was part of the French leader’s inner circle, accompanying him on official visits, biking trips, tennis matches and other outings.

But in July 2018, Benalla was identified by the newspaper Le Monde in a video that showed him wearing a police helmet as he grabbed, dragged and hit a man during an unruly labour protest in Paris on May 1 that year. 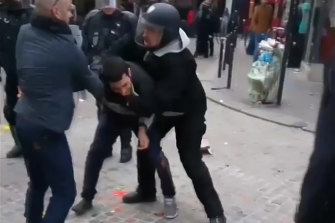 Alexandre Benalla, wearing a police helmet, confronts a student during a May Day demonstration in Paris in 2018.Credit:AP

The report, and the presidency’s fumbling response, caused a firestorm of criticism that fed months of media coverage and parliamentary inquiries, seriously testing Macron for the first time since his election. It was quickly revealed that the presidency had known about the beating for months but had disciplined Benalla with little more than a slap on the wrist.

Coming on the heels of other controversies involving Macron — including influence-peddling accusations against a close aide, a dust-up over an expensive new dinner service, and his public scolding of a student — the case gave his political opponents ammunition to portray the President as out of touch and his administration as opaque.

At the trial, held in September, Benalla acknowledged a lapse in judgment but denied assault. 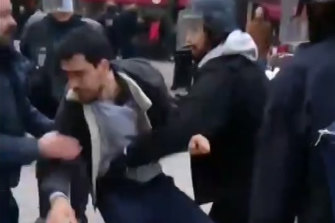 Alexandre Benalla, right, a security chief to French President Emmanuel Macron, confronts a student during a May Day demonstration.Credit:AP

Benalla had joined security forces as an observer on the day of the demonstration, and he argued that he had been trying to help officers apprehend protesters who had thrown objects at the police. But the court ruled that he had illegally and violently interfered with police work and assaulted four protesters.

Benalla, who now works as a private consultant, was also found guilty of illegally using diplomatic passports that he had kept after he was fired from the President’s office, of faking documents to obtain another kind of official pass, and of unlawful possession of a firearm in 2017.

Vincent Crase, 48, a friend of Benalla and a former reservist gendarme who used to work for Macron’s party — and who faced charges similar to Benalla’s for his actions in May 2018 — was also convicted, as were two police officers who had sent Benalla video footage of the incident pulled from street surveillance cameras.