Facebook has taken action against a Louisiana congressman who said in a post that he would use force against Black Lives Matter protesters. The media platform removed the inciting message that triggered a widespread backlash.

According to ABC News, the original post by Republican Representative Clay Higgins included a photo of Black demonstrators with guns reportedly at a protest of Breonna Taylor in Louisville, Kentucky. Along with the pic, he added a caption that read, “If this shows up, we’ll consider the armed presence a real threat. We being We, the people, of Louisiana.” The lawmaker goes on to write that color nor political party affiliation matters. “If you show up like this, if We recognize threat…you won’t walk away.” 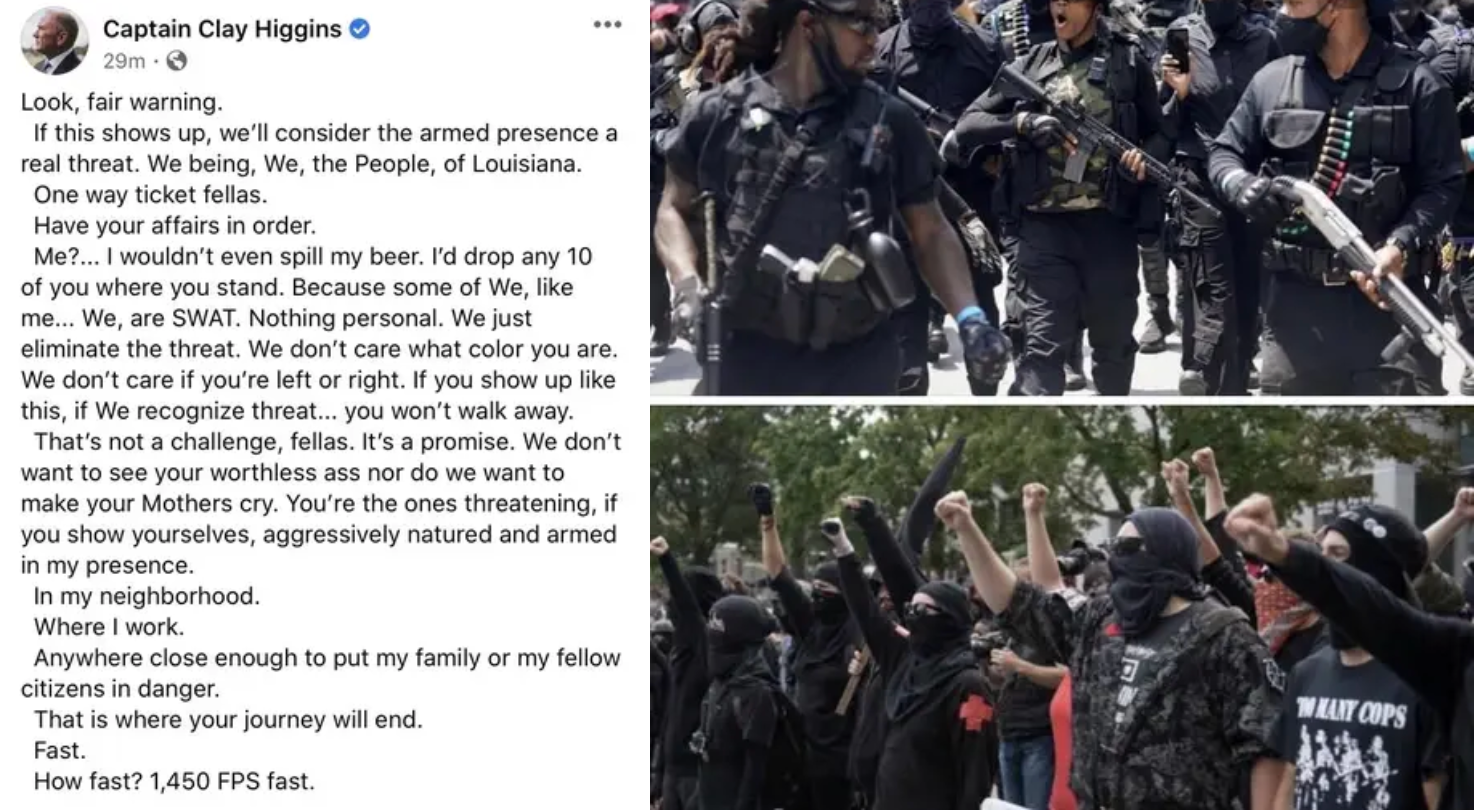 The Black militia group photographed in the post goes under the name Not Fucking Around Coalition, or NFAC. Its members have appeared at a number of protests demanding the end to police brutality. According to BuzzFeed News, the group has challenged White supremacists and calls for the removal of Confederate statues.

Though Facebook says Higgins’s original post was removed for breaking the company’s violence and incitement policies, the lawmaker says the decision by the tech giant is a move intended to wield power over the government. “America is being manipulated into a new era of government control,” Higgins said.

Higgins, has been a vocal advocate for gun rights and the National Rifle Association. Though he supports the right to bear arms, his post suggests that the mere presence of armed protesters, specifically the NFAC, would cause him to shoot and “drop any 10 of you where you stand” if they took to the streets armed.

The congressman’s post was reportedly created after a rumor began circling that members of the NFAC planned to appear in Lafayette, Louisiana. The group did descend on the city’s streets. However, Higgins said in a post that if they did, “I’ll advise when it’s time gear up, mount up and roll out.”