A STUDENT wore a bin bag for his graduation ceremony after claiming he was 'too poor' to afford a motarboard, cape and gown.

Will Radford, 23, collected his photography degree at the University of Gloucestershire. 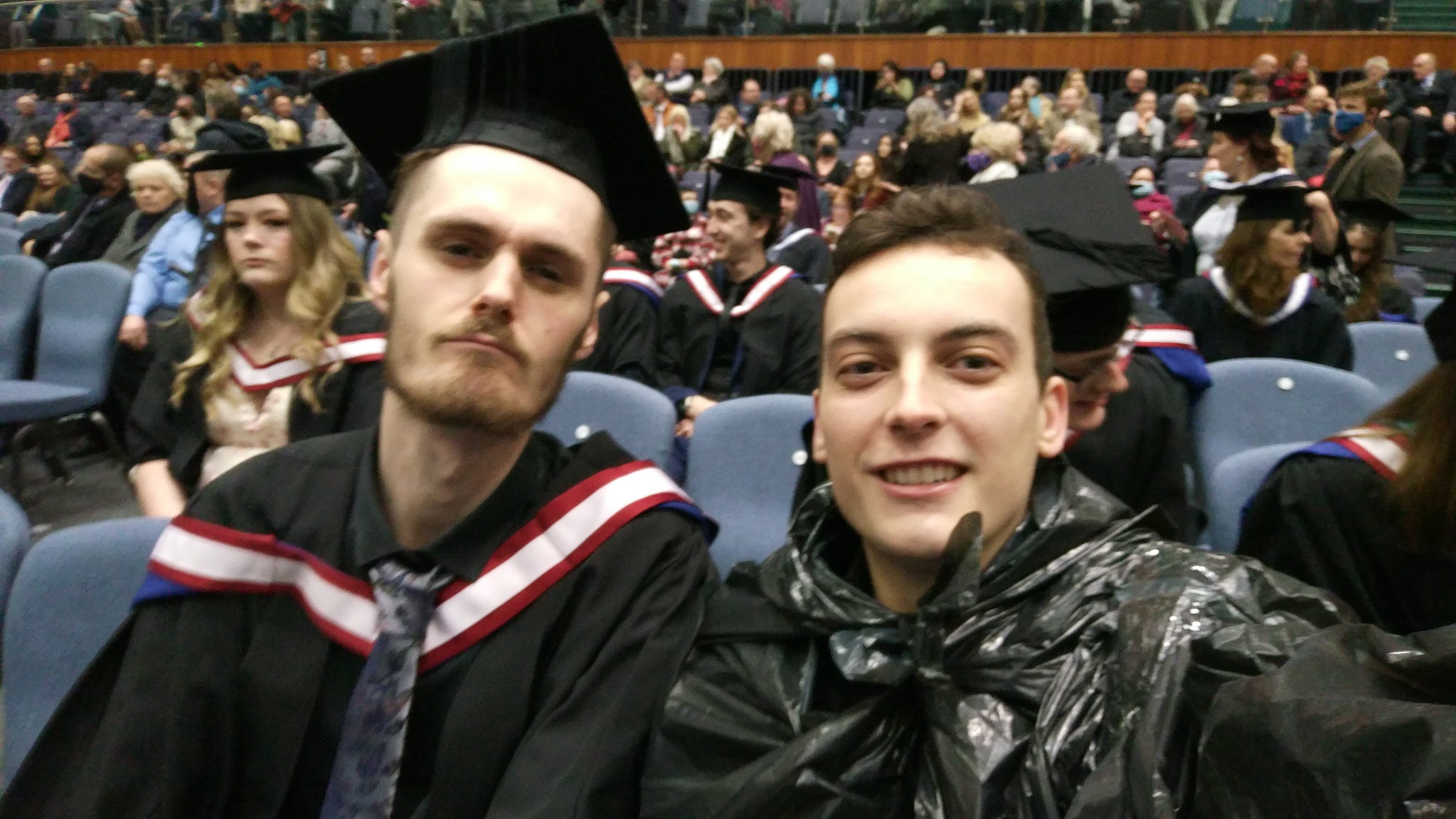 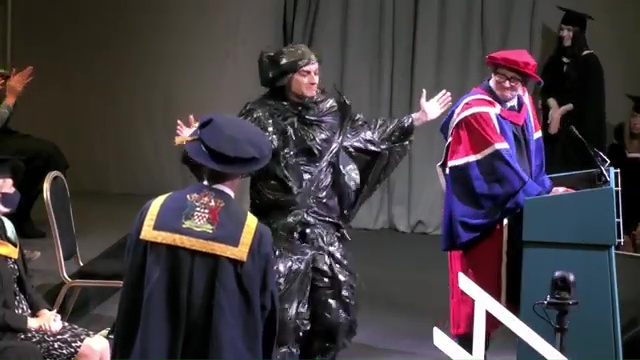 He pulled the stunt after claiming the £246 motarboard, cape and gown set was too expensive.

Will said: "It was really expensive and I think it was such a shame that at the end of it all I couldn’t put on a cape and gown.

“I’ve told a couple of friends and they think it’s hilarious.

“It’s a statement I think, I’ve paid enough for the course already.”

He wore bin bags from head to toe with only his face and hands visible.

The photography BA student was applauded on stage after he raised his arms to the audience as he collected his University of Gloucestershire degree.

Will added: "I’ve been mostly unemployed for the last year since I left university.

"I really cannot afford it, it’s not an exaggeration at all.” 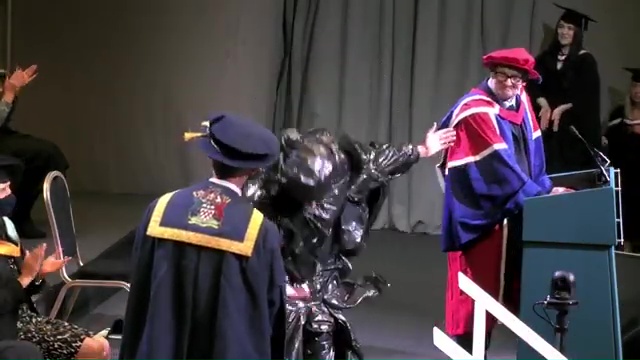 The ceremony was live streamed on YouTube from The Centaur at Cheltenham Racecourse. 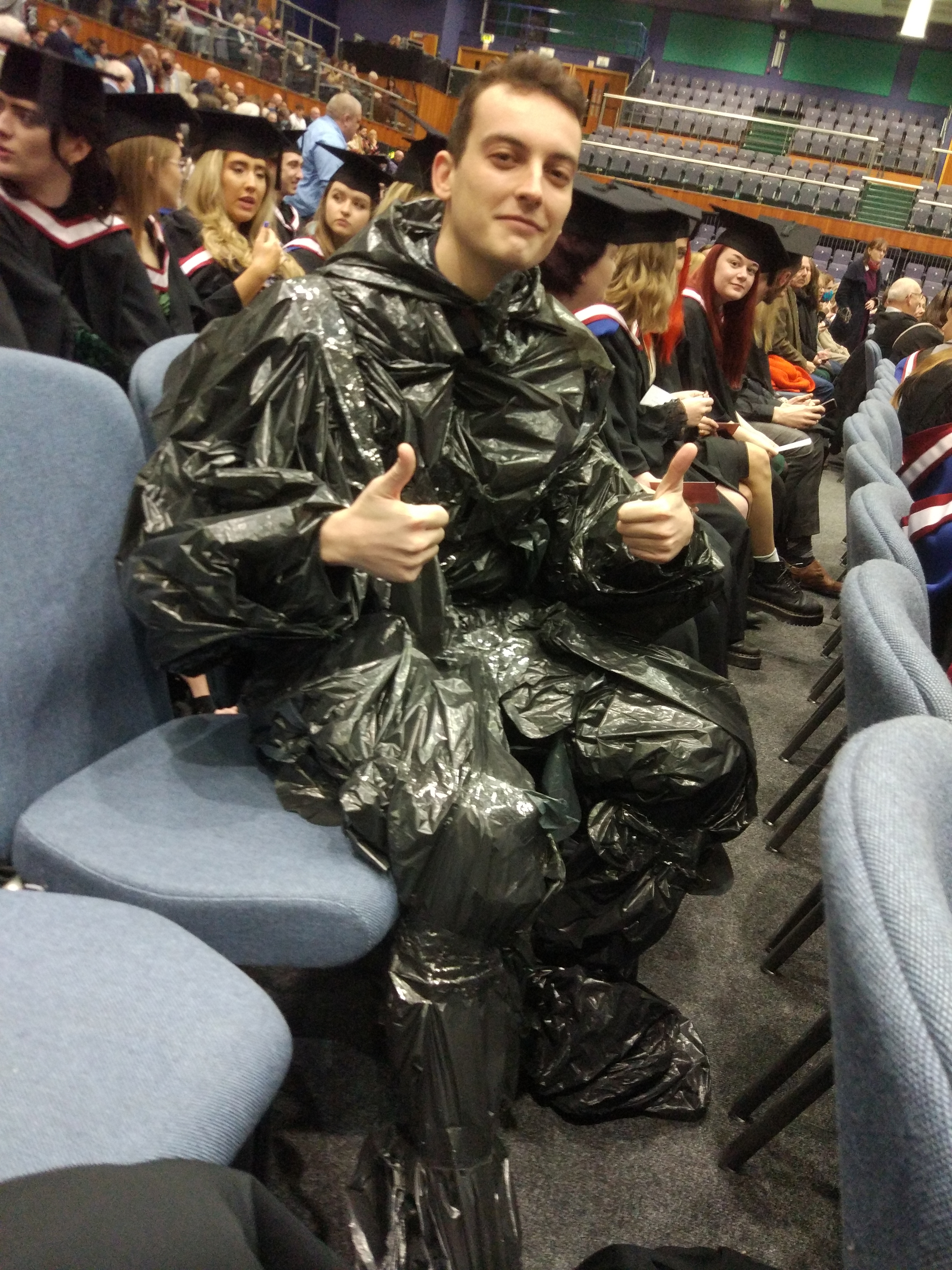 British painter Peter Edwards applauded the bin bag costume during his award speech after receiving an honorary doctorate in arts.

The painter said: “Hi everyone, I haven’t prepared anything but first of all I would like to say well done to the guy in the bin bags, I thought that was magnificent.

“But I have been wondering, it must be getting a bit hot in there, but any way, a bit of deodorant will probably solve it.”

University Vice Chancellor Stephen Marston said Will, of Cheltenham, said he finished his degree last year but the ceremony was delayed due to the pandemic.

He added: “I really enjoyed the course and I did benefit from it a lot, it’s not to disrespect the course at all or the university. It was extremely fruitful.”