Royal fans were treated to their first glimpse of the adorable Archie yesterday, lovingly held by his beaming new parents the Duke and Duchess of Sussex.

But not everyone was quite as thrilled, with some people on social media less than enthusiastic about getting to see the infant, who is seventh-in-line to the throne.

A number of people even criticised the infant’s name, Archie Archie Harrison Mountbatten-Windsor.

One user said: ‘I heard that the Royal Baby’s name was supposed to unite the US and UK. ‘Its certainly done that. Everyone in both countries agree the name is awful.’

While another said: ‘I’m glad the royal baby is healthy and all, but who cares? ‘The monarchy hasn’t been a thing in nearly a century. Can we move on now?’ 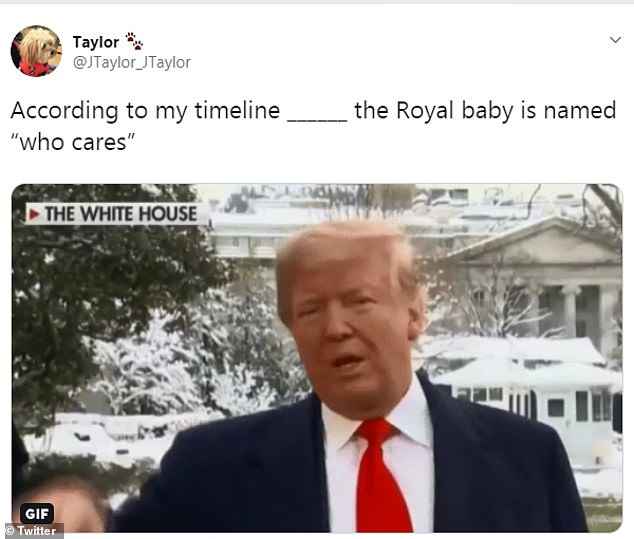 Others online bemoaned the attention the royal baby was getting in the same week the UN released a report that revealed 1 million species are at risk of extinction.

‘In the same week that the UN published an analysis of the state of global health, climate change, and a prognosis of global health for where it’s heading (fact check: it’s all bad), all I see being talked about is a royal f*****g baby called Archie!…

Despite some negativity the first sight of baby Archie was mostly met with immediate worldwide excitement.

Yesterday the Duke and Duchess of Sussex spoke at a photocall in the grounds of Windsor Castle ahead of a meeting with the Queen – the first member of the royal family to see the child since his birth on Monday. 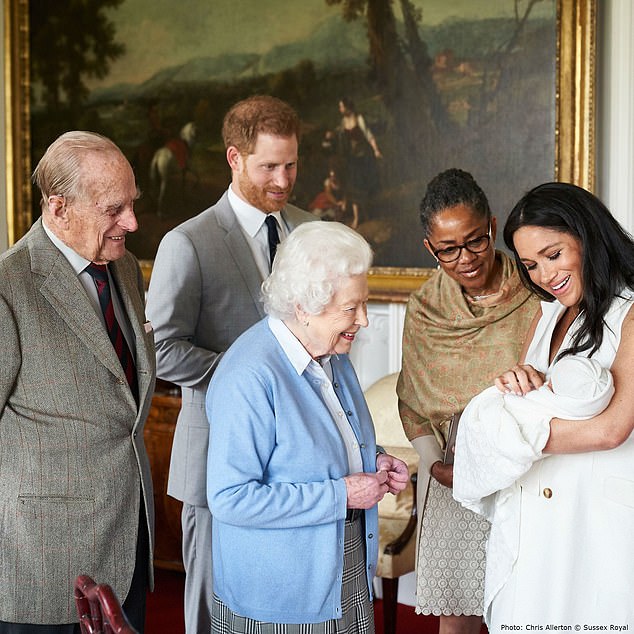 Little Archie Harrison was introduced to the Queen, the Duke of Edinburgh, and Meghan’s mother Doria by his proud parents, yesterday

Baby Sussex (pictured) made his very first public appearance at a photocall yesterday alongside a thrilled Prince Harry and Meghan in the grounds of Windsor Castle, where the new family have been holed up since the historic birth on Monday 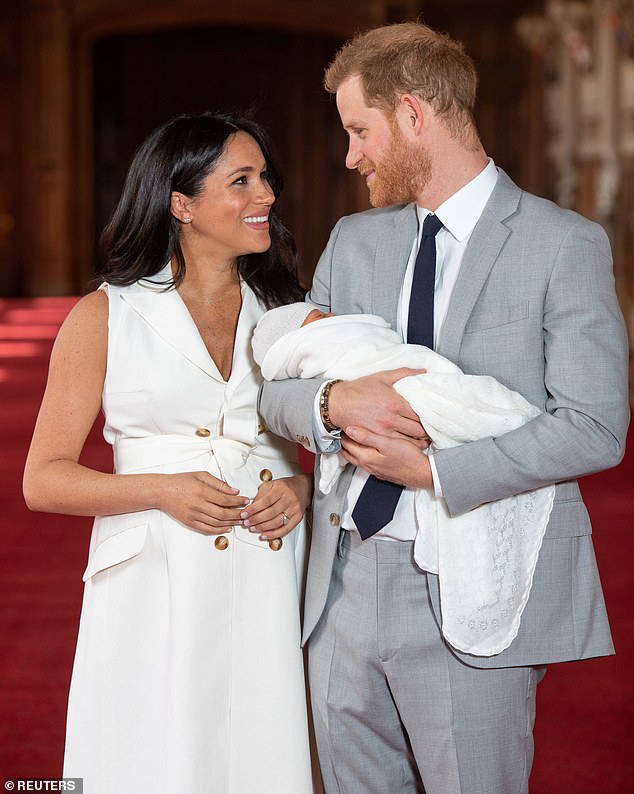 The couple appeared to be beside themselves with joy, giggling and looking into each other’s eyes as they spoke, while Prince Harry could not resist sneaking a peek down at his son as he apparently slept

As her husband held their son, Meghan said: ‘He has the sweetest temperament, he’s really calm.’ To which a cheeky Harry replied: ‘I don’t know who he gets that from,’ before sharing a knowing smirk with his wife.

Their baby boy will not have a royal title like Kate and Williams’ children, Prince George, five, Princess Charlotte, four, and Prince Louis, one, but will be known simply as Master Archie after George V limited titles within the family during the First World War.

The child’s name was revealed on the couple’s Instagram account yesterday afternoon, four hours after the beaming pair first showed their 7lbs 3oz (3.2kg) child to the world, during which Prince Harry described him as a ‘little bundle of joy’.

Archie is the shortened version of Archibald, a traditionally Scottish name which is said to mean ‘true, bold and brave’.

Unlike many senior royals, Archie only has one middle name – Harrison – which is of Aboriginal origin and, in a fitting tribute to the baby’s father, means ‘son of Henry’ or ‘son of Harry’.

Many in Britain had expected a more traditional royal name, with bookies favouring James, Arthur, and Edward, with Archie sitting at around 100/1.

Archie Mitchell was a villain in the BBC soap EastEnders, Lawrence Olivier played Archie Rice in The Entertainer, and another famous Archie is jazz saxophonist Archie Shepp.

Harrison, meanwhile, has largely been made popular thanks to Star Wars actor Harrison Ford.

The couple did not disclose why they had chosen the informal names but Archie is becoming increasingly popular in Britain and was among the top 20 most common boy’s names in 2017, according to the Office for National Statistics.

UK royal names are normally chosen from a relatively restricted pool of those used by past kings and queens.

But reports previously emerged that Meghan and Harry were considering an unusual name that was relevant to both Britain and the US.

Meghan also ignored tradition by keeping the birth and recovery process private, unlike sister-in-law Kate, who appeared before the cameras hours after giving birth.

A baby name expert said the ‘most modern Royal couple’ have chosen a ‘fresh, fun and very modern name that both reflects their new family makeup’.

SJ Ljungstrom from ChannelMum.com said: ‘Although both names are unusual in Royal circles… Archie is a wonderful choice as it encapsulates pomp and tradition while having all the cheeky chappie qualities of Harry himself.

‘The names work as they are noble and regal but also have the warm and caring common touch, just like the couple themselves.’ 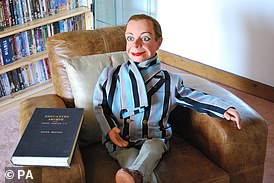 Ventriloquist dummy Archie Andrews, who appeared in radio and television shows in the UK in the 1950s and 1960s