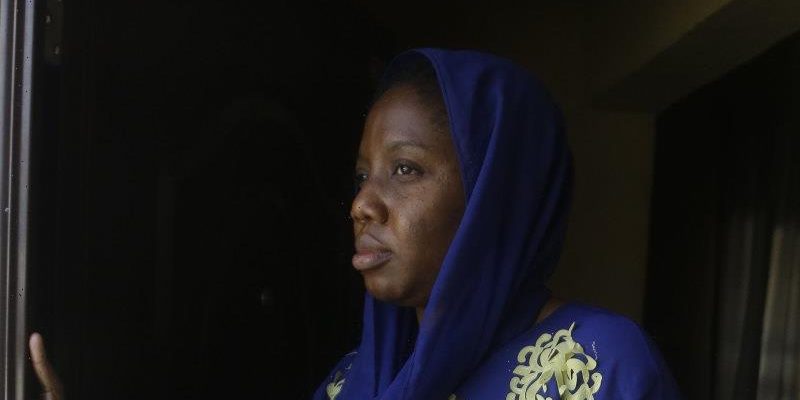 Muhammad Mubarak Bala was held incommunicado in police custody for so long — eight months — that his wife was sure he was dead.

“I couldn’t eat. I couldn’t sleep. The emotional torture was too much for me,” Amina Ahmed told The Associated Press from her home in Abuja, the capital of Nigeria.

More than a year passed before Bala, an ex-Muslim and president of the Humanist Association of Nigeria, would be charged. Bala is an outspoken atheist in a deeply religious country. His alleged crime: posting blasphemous statements online. 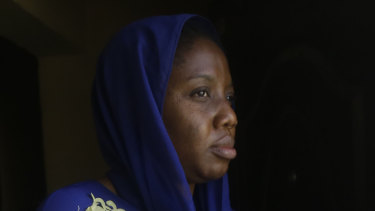 Amina Ahmed, the wife of Muhammad Mubarak Bala, an atheist who has been detained since April 2020, stands in her home in Abuja, Nigeria. Credit:AP

Bala’s lengthy detention and its traumatic effect on his young family illustrate the risks of being openly faithless in African countries where religious belief pervades social life and challenging such norms is taboo.

“It is generally accepted that to be African is to be religious,” said David Ngong, a Cameroon-born professor of religion who researches African theology and culture at Stillman College in Alabama. “It requires a lot of courage” to opt out.

Atheists are among a growing global group who have no religious affiliation. Also known as “nones,” they include agnostics and those who don’t profess any religion. By 2050, the Pew Research Centre estimates, there could be 1.3 billion nones worldwide — about the size of the global Roman Catholic population today. 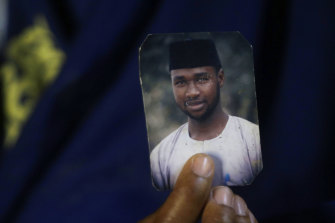 Muhammad Mubarak Bala, a Nigerian atheist who has been detained since April 2020.Credit:AP

According to the United States Commission on International Religious Freedom, 25 African nations — nearly half the continent’s sovereign states — have statutes outlawing blasphemy, or offensive behaviour against a deity or idea considered sacred.

Punishment can be severe. In Mauritania, for example, Muslims convicted of ridiculing or insulting God face a mandatory death sentence and those renouncing Islam have a three-day window to repent or face capital punishment.

The stiffest penalty in Nigeria’s secular courts is a two-year prison sentence; in the country’s Islamic courts, active in the majority Muslim north, it is death. Shariah law doesn’t apply to non-Muslims without their consent.

Bala grew up Muslim but came out as an atheist in 2014. His family soon checked him into a psychiatric hospital, according to James Ibor, his attorney. Reemerging into public life, he became president of the Humanist Association of Nigeria two years ago and championed the nonreligious on social media. 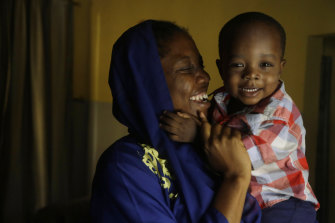 Amina Ahmed, the wife of Muhammad Mubarak Bala, plays with her son, Sodangi Mubarak, in her home in Abuja, Nigeria.Credit:AP

Prosecutors in the northern state of Kano cited posts on Bala’s popular Facebook account as evidence for charging him in June 2021 in secular court. He faces 10 charges, including alleged insults to the Prophet Muhammad and “insulting the religion of Islam, its followers in Kano State, calculated to cause a breach of public peace,” according to court documents provided to AP by Bala’s legal team.

“Muslims are about to start fasting to the God that refused to eradicate their poverty despite the fact that they prayed 17 times every day,” reads one of the posts cited in the complaint. “How I wish Allah exist (sic).”

Denied access to health care and kept in solitary confinement, Bala has been forced “to worship the Islamic way,” according to Ibor, and faces a possible sentence of two years. Prosecutors allege Bala confessed to the charges while in custody; Ibor said Bala had no attorney present at the time.

“Mubarak has been honest with his statements,” Ibor said. “We don’t consider Mubarak’s posts as inflammatory, as offensive or illegal.”

Kano’s attorney general, Musa Lawan, told the AP his agency couldn’t be blamed for Bala’s lengthy detention because it didn’t take over prosecution of his case until a year after his arrest.

Nigeria’s patchwork criminal justice and legal systems are notorious for lengthy pre-conviction detentions. Only 28 per cent of prison inmates have been tried and convicted of a crime, according to the Nigerian Correctional Service.

The faithless often keep a low profile even in African countries where laws against blasphemy and renouncing religion are not on the books or are rarely enforced, such as Malawi in southeast Africa.

“Most of them, they hold their views in hiding simply because they are afraid of social consequences” such as losing jobs or financial support from their parents, said Wonderful Mkhutche, president of the support group Humanists Malawi.

A former church deacon, Mkhutche began to question his Christian faith while pursuing a theology and religious studies degree. He continued to attend worship services for two years to keep up appearances, but stopped in 2013.

Earlier this year he self-published a book on humanism and politics in Malawi, arguing for the abandonment of government-sanctioned religious acts such as national prayers for good rains to help farmers. While his book attracted media attention, he said he is now forced to distribute it himself because many stores won’t stock it.

Leo Igwe, who founded the Humanist Association of Nigeria and researches religion at the University of Cape Town, South Africa, agreed that nones pretending to be believers is common.

“Life is miserable,” Igwe said. “They have to live always looking over their shoulders, and they are forced to live in a very dishonest way.”

To counter the social isolation, Africa’s nones have begun connecting on social media and building support communities, with active online humanist groups in Ghana, Liberia, South Africa, Uganda and Zambia, among others.

In Nairobi, a 21-year-old ex-Muslim woman found the Atheists in Kenya Society on Twitter. The government suspended the group’s legal registration in 2016, saying its activities “generated great public concern which is prejudicial and incompatible with the peace, stability and good order of the republic”. A judge reversed the suspension in 2018.

The woman, who spoke on condition she not be named due to fears she could be targeted for harassment, said the group, which meets online and in-person, provides her with a safe space to speak and feel less lonely.

But she remains closeted, fearful of violence from her conservative Kenyan-Somali family, trapped in what she called a “double life” where she maintains a semblance of adherence to the faith at home while removing her hijab when she goes to school.

In Nigeria, where Bala remains behind bars, there was widespread condemnation last year led by UNICEF and the head of the Auschwitz museum, after an Islamic court sentenced a 13-year-old boy to 10 years in prison for “disparaging language on Allah.” The sentence was eventually overturned by the secular court.

After 600 days in detention, Ahmed hopes her husband of two years can come home soon, but thinks Nigeria could be a dangerous place to build their lives. She worries about the emotional effect on their son, who was born six weeks before Bala’s arrest.

“He has a lovely son that barely knows him,” she said during a recent visit to Bala’s prison. “My neighbours are home, they are with their husbands and their children. I feel like, ‘Why is mine not like them?’”