A Los Angeles teen was driving his Lamborghini SUV as much as double the 35-miles-per-hour speed limit when he crashed into a Lexus and killed a 32-year-old woman last month, an expert in accident reconstruction says.

Monique Munoz was driving westbound on Olympic Boulevard in West Los Angeles on Feb. 17 when she tried to turn left onto Overland Avenue and was struck by the teenager’s eastbound Lamborghini SUV.

Felix Lee, the director of accident reconstruction at the National Biomechanics Institute, estimated the Lamborghini was traveling 65 miles per hour, or roughly double the speed limit, for it to cause as much damage as it did.

“Speed is an issue,” Lee told Fox News on Thursday. “There is speed involved for the Lamborghini to cause [the Lexus] to laterally move that far. I definitely believe it was traveling greater than the speed limit of 35 to cause that, maybe even closer to two times that speed limit.” 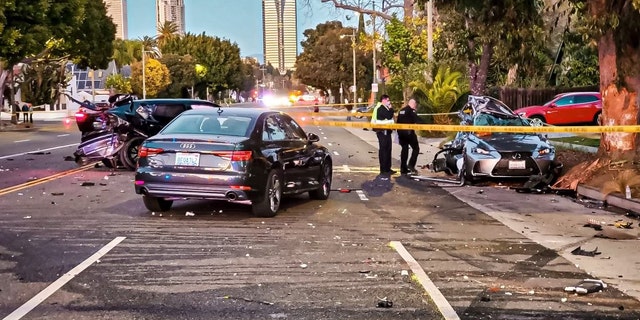 Monique Munoz was turning left when a Lamborghini T-boned her at this intersection, sending her car flying into a tree.
(LAPD West Traffic Division) 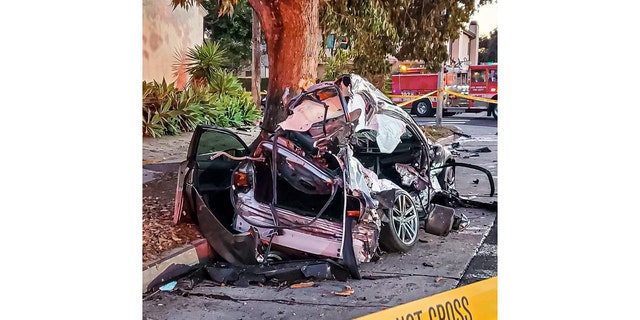 Peter Leiss, a crash expert at Robson Forensic, noted that it could be difficult to judge the speed of an oncoming vehicle when it is traveling at a high rate of speed.

“Cars coming at you — it is difficult to gauge their speed,” Leiss told Fox News. “This is not an uncommon type of crash, especially when one party is speeding.”

The LAPD West Traffic Division tweeted that the wreck served as a “costly reminder for everyone to slow down” and that “tragedies like this could be prevented if everyone drove responsibly.”

Munoz died at the scene. The teenage Lamborghini driver was in the hospital with serious head injuries for several days but has since returned home.

LAPD detectives will now recover the black boxes from both vehicles to determine the pre-impact speed.

“They should be able to do what’s known as a momentum analysis and corroborate the data in both boxes relatively easily,” Jonathan Cherney, an accident reconstructionist, explained to Fox News. 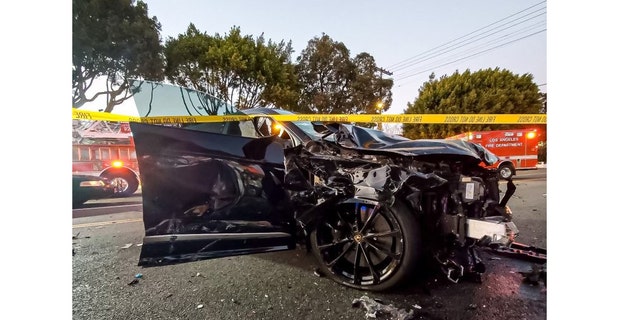 The Lamborghini SUV had to be traveling at a high rate of speed to cause as much damage as it did, according to an accident reconstruction expert.
(LAPD West Traffic Division)

The teenager was arrested on suspicion of vehicular manslaughter on Feb. 23. The Los Angeles district attorney told Fox News the “case was recently presented to our office and is under review.”

The teen’s attorney, Mark Werksman, said his client is scheduled to appear in juvenile court next month. Westerman said the teenager was not racing. 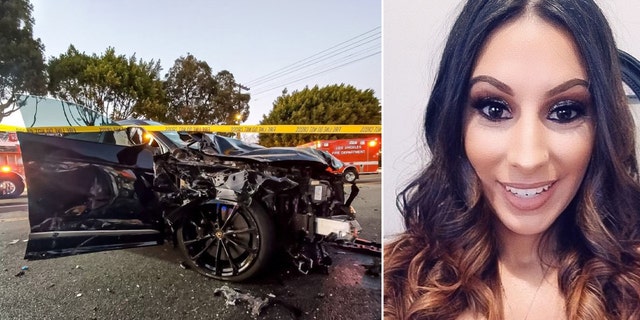 Munoz’s mother, Carol Cardona, said she wanted the teen to be prosecuted for vehicular manslaughter.

“He killed my daughter,” Cardona told Fox News on Wednesday. “It’s very frustrating and I believe he’s being protected given [the] status of his dad.”

Fox News is not naming the teenager because he is a minor and has not officially been charged with a crime yet.

“I am aware that the time it has taken me to communicate this has caused further pain for everyone affected,” Khuri wrote to his more than one million followers. “Knowing that this will never do justice for the family of Monique Munoz, I want to apologize to the Munoz family for the tragic loss of their daughter.”